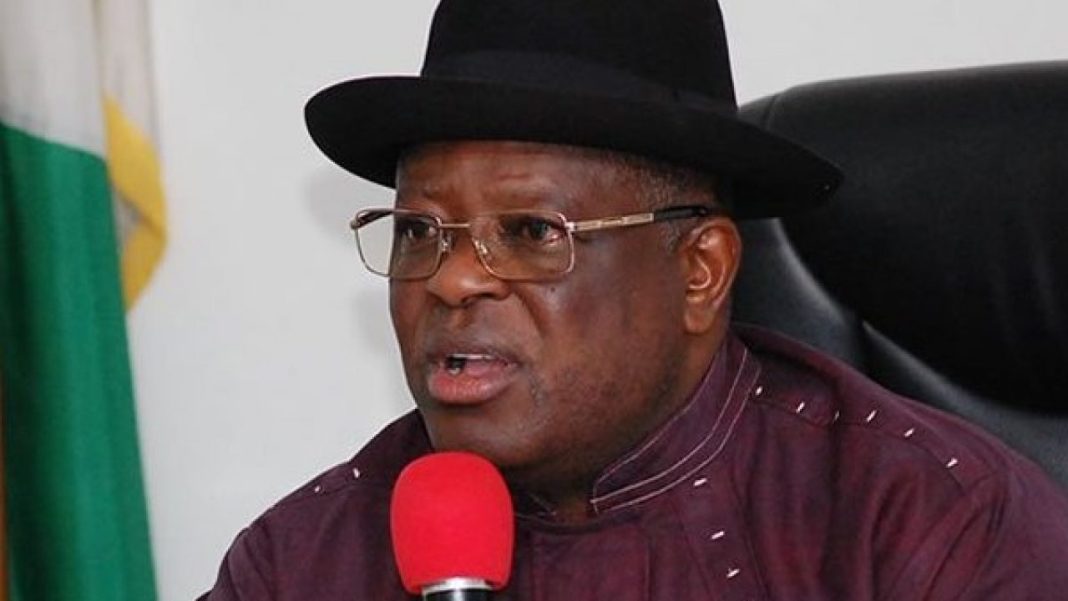 Ebonyi State Governor, Chief David Umahi on Sunday said that the state was not developed by the federal but by the ingenuity of the leaders of the state.

Umahi, who aspired to be presidential candidate of the ruling All Progressives Congress, APC, in the just concluded party primaries, made this known on Sunday while addressing stakeholders during a church service, that took place at the New Government House Centenary City, Abakaliki

The governor equally tasked his anointed successor and other candidates contesting elections in the state to stick to the ticket they are holding.

DAILY POST reports that there have been rumours of defection by some candidates contesting election on the platform of APC to the African Democratic Congress, ADC, in the state.

“And let me tell you, don’t get entangled with party politics, worry not yourself about this, Stick to the tickets you are holding. This state was never developed by the centre, it was developed by us. Don’t worry yourself about any party or this thing, stick to the ticket we have. That’s where God wants us to be and it is from that platform that we advance the cause of this state.

“Remember, no man gave us any chance. They will never give us a chance, we have to impose ourselves on them and that’s what we have been doing. If they said we should not be heard, they are the ones that have to hear us. Even if they share something down this side, they will take it from us but through the supernatural power of God, we have imposed ourselves.

“They have reluctantly come to recognize us and we have to take it to another level. The party we know is the ticket we are holding. You must know that no one developed this state for us; the political party or the centre did not. We are the ones through the power of God that developed this state.

“I have no problems with our elections, this is one family and when the time comes, you will go round and let our people know and I continue to maintain that Ebonyi State is very lucky. For those who tried to thwart justice and equity; when the North had done their eight years, the central did their eight years and it was the time for the south, some elders from the south joined people from Abakaliki bloc to deny that justice that south should not get it,” he stated.