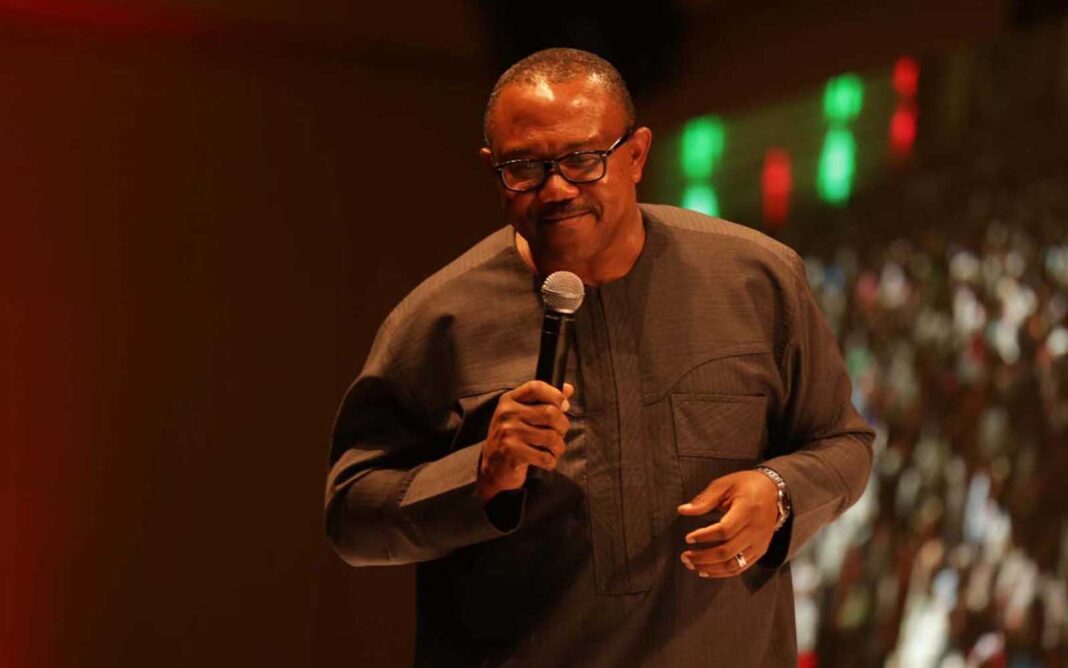 Mr Peter Obi, the Labour Party (LP) presidential candidate in the 2023 general election, has told Nigerians to vote for him based on the competence he has not on ethnic or entitlement sentiments.

Speaking during the Presidential Town Hall series organized by Arise TV on Sunday, the former Anamabra State Governor said that Nigerians should vote for him because he has the capacity to take the country out of its current predicament.

He explained that it is nobody’s turn, saying that rather, it is the turn of the youth and the women.

He told Nigerians not to vote for Peter Obi “because he is from the South East, he is a Christian, an Igbo man, or it is his turn.”

He emphasized, “I want you to vote for Peter Obi because I am qualified. Because I am competent. I know what I can do to put this country out of the brink.”

Obi stressed the need to strengthen and revive the local vigilante system in the country and have them work together with the police, believing that it would go a long way in solving the security challenges of the country.

The presidential candidate also blasted the incumbent government for lack of proactiveness and failure to adhere to intelligence in forestalling the Abuja-Kaduna train attack and other security challenges Nigerians are faced with.

Obi said if he was the president, he would have done things differently to avert the tragedy Nigerians are going through.

He stated that there was a failure of the intelligence processor before the Abuja-Kaduna train incident happened, saying that from information available, there were already indications of insecurity within that rail corridor, as well as previous attempts and intelligence that were ignored.

He added that there was a failure of processing and giving due attention to intelligence which he would have promptly dealt with to avert the tragedy.

The presidential candidate observed that when it happened, the government’s action and communication were weak, stressing that if he was the commander-in-chief, they would have acted swiftly and throughout that process, they would have remained in communication and at least, showed consistent empathy to the families of those involved.