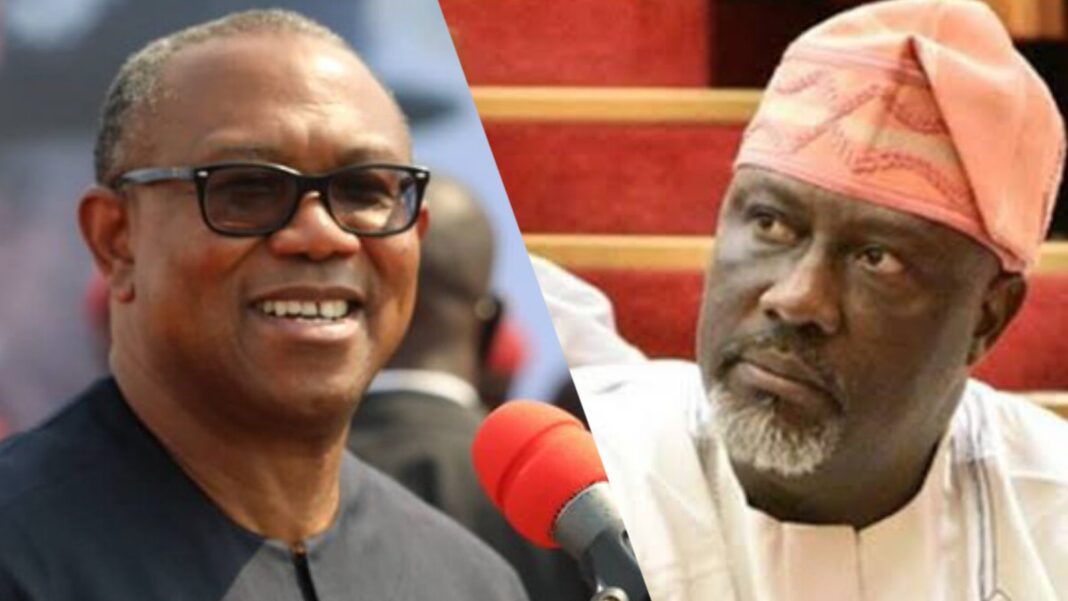 The Labour Party, LP, presidential candidate, Peter Obi, has said the office of the president and Vice President are not the same thing.

Obi spoke at the Arise TV’s presidential debate in Abuja while responding to a question from a former Kogi West Senator, Dino Melaye.

Melaye had asked Obi if the Office of the president and the Vice President were the same thing, considering the uncoordinated networking among security agencies.

Responding, Obi said: “The office of the President and the Vice President is not the same; there is a Commander in Chief. The burden stops at somebody’s desk.

“He can delegate that power to his Vice; that is why, when the president travels, we talk about the transition of power. The Vice President is not Commander-In-Chief.

“In terms of coordination, they should work as a family. As president and Commander-In-Chief, the decision stops on my desk.

“I will be responsible to Nigerians. Datti, my Vice President, will be working very closely with me.

“Even the constitution points out areas where the Vice President will head, it didn’t say that he is the Commander-In-Chief.”