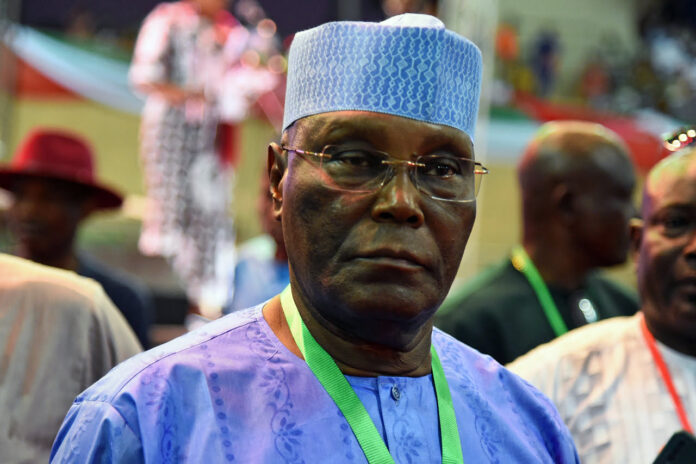 This was contained in a statement made available to DAILY POST on Friday by Mazi Okechukwu Isiguzoro, Secretary-General, Ohanaeze Ndigbo Worldwide.

The Ohanaeze scribe said Atiku was a victim of nemesis, stressing that he was reaping the fruit of what he did to former President Goodluck Jonathan in 2015.

“Nemesis has caught up with Atiku Abubakar after he treacherously rounded hijacked some governors in 2015 to provide the opposition for the re-election of former President Goodluck Jonathan and succeeded in forming alliances with then ACN, led by Bola Tinubu, CPC led by Muhammadu Buhari, ANPP led by Ogbonnaya Onu, a faction of APGA led by Rochas Okorocha and the then New PDP, which he led.

“Now nature has finally come up against him and he is reaping the reward; let him stop wasting his time and resources,” the scribe said.

He added that God was using the G-5 governors led by Nyesom Wike to punish Atiku over what he did to Jonathan.

“Ndigbo commends the G5 Governors led by Governor Wike for their opposition to Atiku Abubakar’s Presidency in the 2023 election.

“Whatever Atiku had sowed in 2015, he is now reaping in 2023. He and the same gang members that destroyed Jonathan’s chances in 2015 have also undermined the PDP zoning formula that favours the Southeast. We are also aware of his plan to deny the South-East important positions in government if he wins, but God will not allow him.

“Governor Wike and the G-5 Governors should move on with their historical activities to save the country from imminent danger of the succession of President Buhari by another Northerner.

“Atiku’s Presidency will reinforce the disintegration of Nigeria through separatists agitations in the South and will authorise the activities of Boko Haram insurgents In the North and killer herdsmen.

“These Governors have crafted their names in gold by thwarting the heinous plans to nullify the gentleman’s agreement of rotational Presidency between the North and the South which was the basis for peace and sustainable democracy in Nigeria since 1999.

“As a serial presidential contestant, Atiku should start planning for 2027,” Isiguzoro added.