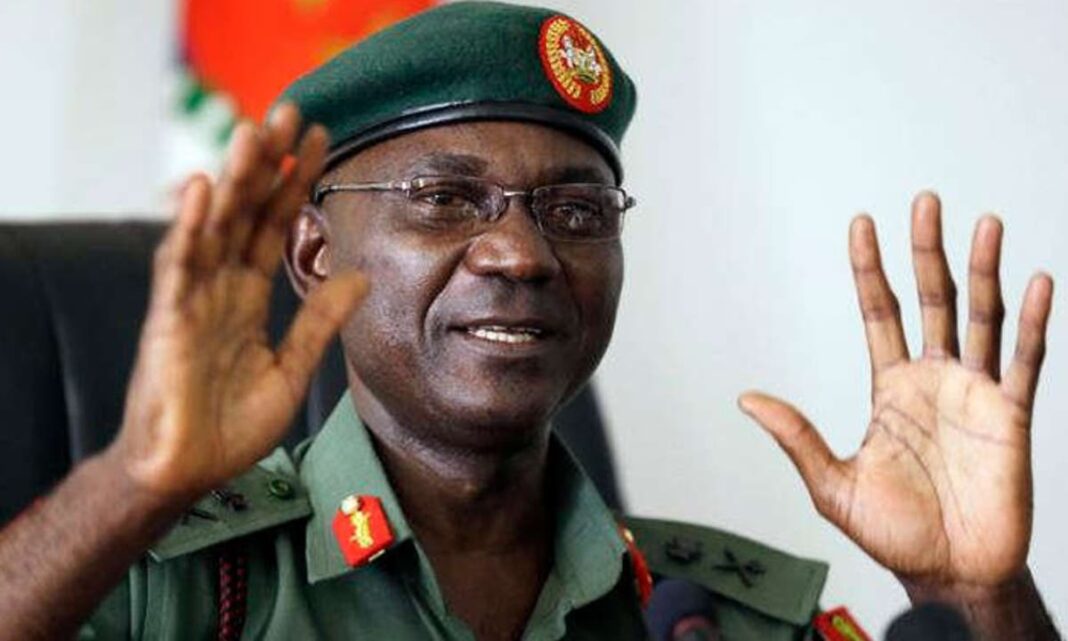 Enenche had in a recent statement called on well-meaning Nigerians cutting across societal class to join in the current political exercise in the
country towards electing credible, competent, and capable leaders in 2023.

The retired Army General said he has decided to speak out and not sit on the fence, calling on Nigerians of good conscience to do the same

“Consequently, I made bold to openly and objectively support the candidature of HE Mr. Peter Obi and Dr Yusuf Ahmed-Datti without fear or contraction,” he said in a statement made available to on Friday.

Enenche says his decision is based on his knowledge of Obi and his vice presidential candidate for about 17 years and 5 years respectively,, adding that both men can provide quality leadership for the Nation that would guarantee effective followership.

“This is what Nigeria needs now to overcome all the numerous challenges imposed on the citizenry in the last two decades.

“I believe that all Obedient Nigerians among others that believe and are working towards a new Nigeria and taking our country back have the same conviction as me.

“In this regard, I appeal to all in this endeavor to allow us to maintain focus to achieve this all-important mission.

“Let me state here that a good number of us in this liberation effort have a lot to give and contribute based on knowledge acquired over time in excess of thirty years, that will give solid foundation to
Labour Party Government at all levels in Nigeria from 2023.

“Dear countrymen and women, following my appointment on the campaign council of the Labour Party, there were reactions on social media about my pronouncement concerning a video shot at the scene of the ENDARS incident at Lekki toll gate on 20 October 2020.

Also read: Writhing in pain, an Inuk teen in state care asked for help. Instead, he was put in isolation

“Everyone that commented in any way was right based on the information at their disposal and individual analysis. Personally and professionally, I worked with the overriding interest of Nigerians at heart based on the oath of allegiance I swore on commission into military service which is sacrosanct.

“I sincerely shared in the pains of that breaking news through social media as it were. On this note, I want to assure all that more effort will be put in so that all assertions can be cleared convincingly from appropriate sources.”.