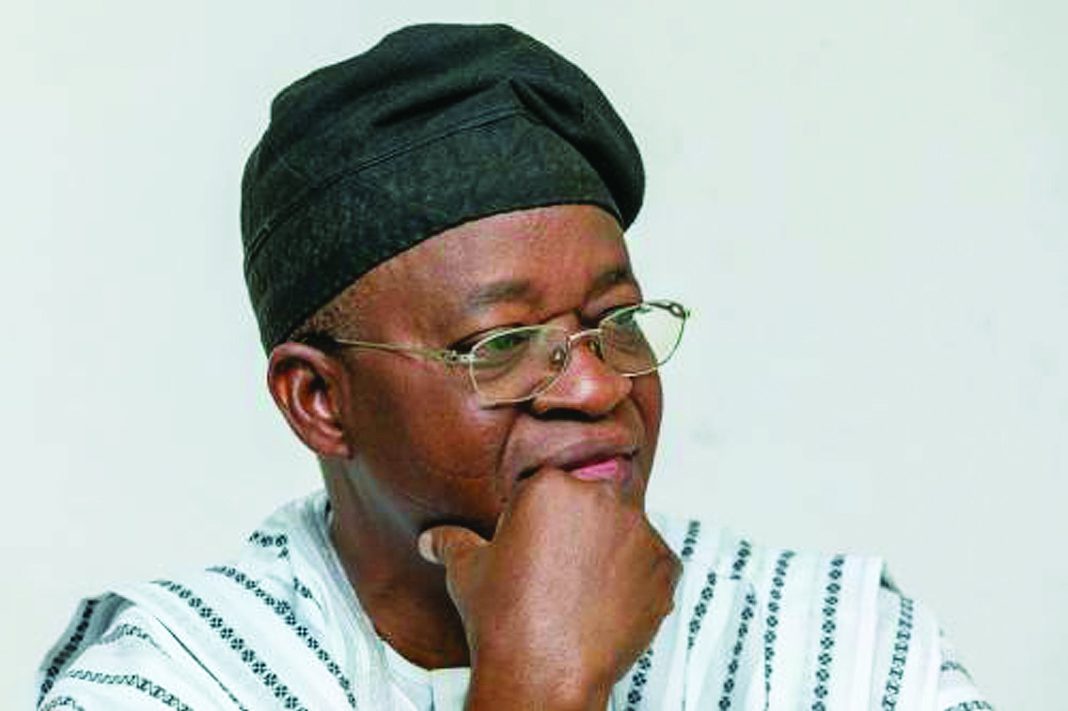 The Osun State chapter of the Peoples Democratic Party, (PDP) has lambasted the State Governor, Adegboyega Oyetola for allegedly using threat and coercion against traditional rulers and monarchs in the State.

The PDP also described as reprehensible the display of thuggery and violence unleashed in a bid to stop them from visiting the traditional rulers in the State.

The party made this known in a statement signed by Akindele Adekunle, Chairman Caretaker Transition Committee and made available to DAILY POST on Wednesday in Osogbo.

The Ataoja of Osogbo, Oba Jimoh Oyetunji, Larooye II had on Tuesday threatened that he will lay curse on any individual or politician who aims to disrupt the peace of the town before, during and after the Osun gubernatorial election.

The angry outburst of the Osogbo monarch had followed the unexpected attack on the campaign train of Ademola Adeleke, the PDP gubernatorial candidate during a visit to the Ataoja’s palace.

The party, which alleged that the governor and his agents have been attacking PDP members and their campaign billboards, hinted that the PDP had not retaliated because of its commitment to peaceful election.

The party revealed that it had taken steps to alert security agencies on the ugly trend, adding that it was necessary as the police should be considered neutral and supportive of law and order during the election.

The statement added that, “The APC has moved from attacking PDP members and bill boards to these unwarranted attacks on the palace of the revered monarch which is a sacrilegious intrusion by Oyetola’s men, an insult on the entire people of Osogbo and a gross disrespect for traditional institutions and values of Yorubaland.

“As we warn against any move to punish any traditional ruler who decided to stay as father of all irrespective of political affiliation, we commend our courageous traditional rulers across the state for standing for truth and well being of their people.”

The party, while supporting the position of Oba Larooye against violence in any form, reiterated its commitment to peace.

It added that it will not tolerate any form of witchhunt of the Ataoja, or any monarch in the State for canvassing against violence in the election

It also held that the monarch was in order in preaching against violence in the election.

Meanwhile, in a press briefing conveyed at the Ataoja’s palace on Wednesday, Oba Laaroye II has stated that his statement on Tuesday during the visitation of the PDP gubernatorial campaign team over the disruption of the peaceful atmosphere of Osogbo by some individuals was misinterpreted and misconstrued.

The royal father, who emphasised that he remained the father of all, denied declaring support for Senator Ademola Adeleke, the gubernatorial candidate of the PDP.

“I want to state that more political parties will pay visit to my royal palace ahead of the July 16 gubernatorial election and I will not condone any act of violence from any political party against another,” he said.