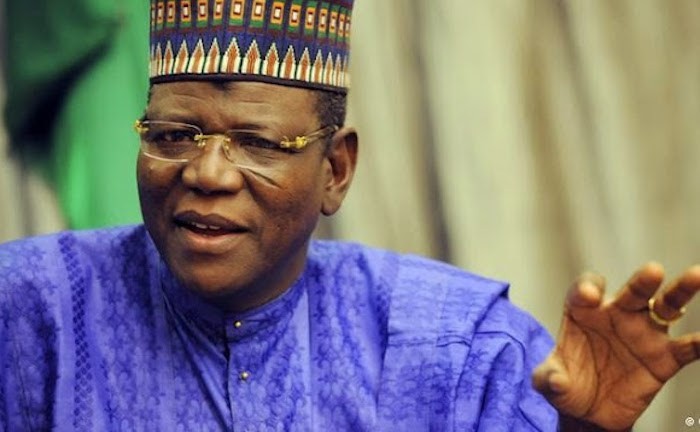 Is it not strange and baffling that in a season of recession and economic turmoil, so many politicians are jostling for office, 20 months or so away from the 2019 elections? Consider the revelation on Tuesday by the Governor of Oyo State. Abiola Ajimobi, that out of the 34 or so political actors angling to succeed him, only five possess the qualities required to occupy the office. Thirty four contenders for the highest office in a state owing several months of salaries, and where, as Ajimobi told it, the monthly wage bill is in excess of the state’s monthly allocation and internally generated revenue combined?

Do these aspirants know something that the rest of us do not know? Maybe, but before getting to that poser, please bear in mind that in Ekiti State, one of the nation’s poorest, there are no less than 55 declared aspirants, 40 from the ruling All Progressives Congress and 15 from the Peoples Democratic Party. The names from the ruling party include heavyweights such as Segun Oni, a former governor; Chief Babafemi Ojudu, Special Adviser to the President on Political Affairs; Mr Opeyemi Bamidele, a former Lagos State Commissioner for Information and Strategy; and Senator Gbenga Aluko. Obviously, the party leaders will be tasked to their very wits by the unusual presence in the race of so many political gladiators.

To be sure, ours is not the only country, as the title of this write-up suggests, in which political campaigns occur round the season. Several will recall Sidney Blumenthal’s 1982 book entitled, “The Permanent Campaign”. The argument put forward is that the advanced democracies were witnessing the virtual collapse of governance and political campaigns into one and the same thing. The upsurge of political marketing, fund raising, opinion polls, has tended to shift the centre of gravity from governance to political campaigns. Two or more decades later, Carey Cook documented in a major intervention, what he called, “The Permanence of the Permanent Campaign”. Accentuated, by social media, Facebook and Twitter especially, it has become increasingly difficult to separate politics from governance, as politicians employ new political technologies to run campaigns in between elections. In other words, Nigeria is not the only country in which campaigns have come to dominate, if not determine, the substance of politics. Nonetheless, there are certain aspects of the Nigerian version of this global syndrome that are comical and dangerous. For example, there are now over 15 politicians who have expressed interest in one form or another in the Presidency, come 2019. If the Presidency and the chairman of the APC are to be believed, that list includes, conspicuously, President Muhammadu Buhari. It is a sick joke to be projecting a Buhari Presidency beyond 2019, when you factor that the man has had to rely heavily on the Acting President, Prof. Yemi Osinbajo, to stand in for him, in periods like the current one when he is in and out of hospitals. But then, this is a system in which, as the father of a former state governor in one of the southern states, reportedly joked, when confronted with the fact that his son had not done so well in his first term: “If your son fails a class, should he not be allowed to repeat?”

In other words, ill health or not, those calling for Buhari’s second term will have him repeat, for that may be the only way to guarantee the uninterrupted supply of Chinua Achebe’s juicy morsel. The so-called Buhari for second term movement, which totally disregards the hard fact of his health status, is a metaphor, for the strange appearance of so many contestants in a season that requires sober analysis, rather than business-as-usual-politics.

Have you noticed that with one or two exceptions, what we have is a parade of names and aspirants to high office, rather than enlightening reflections on HOW the country can move on from its current arrested groove? Frighteningly, The PUNCH, Tuesday, June 6, 2017, revealed that the nation’s debt had risen by N7.1tn in the last two years, quoting figures from the Debt Management Office. It would have been refreshing, if a clear headed analysis of our renewed debt slavery had been undertaken, by the swelling ranks of presidential and governorship aspirants. But no such luck here. True, countries in recession can sometimes spend their way out of it by borrowing, but how do we ensure that the borrowing spree is not attended by the bonanza mentality that landed us in the current mess? One waits in vain to be educated on this financial Sword of Damocles by those who parade themselves, two years ahead of elections, as prospective office holders.

For a nation like ours, to take another example, beset by the wild play of centrifugal ethnic and religious forces, to the extent that some so-called Arewa youths this week gave an ultimatum to the Igbo to quit the North. It would have been interesting to learn the take of the growing horde of political aspirants on this ominous downturn. Again, no such luck. Similarly, on the crisis in Nigerian education, increasing security challenges, infrastructural decay, among other woes, the contribution of these aspirants remains the invisible chapter in national discourse.

How then about the states? I attended a seminar recently, at which Emeritus Prof. Akinjide Osuntokun reminisced that he was one of those who opposed the creation of Ekiti State, on the grounds that the political space was not economically viable. Osuntokun then said that recent events in the state and the lurch from one financial crisis to the other have vindicated what appeared to be a minority opinion.

But this is the same state, in desperate straits, in which 56 people have indicated their intentions to be governor. It would have been better if we have on the table, redemptive options, canvassed by them, on the economic life jackets that they would bring up to move the state from bankruptcy to buoyancy. Here, again, no such luck so far. So, in such a context, the permanent campaign becomes a permanent arrest, since we do not know why so many have suddenly decided that their next duty call is the governorship seat of a state in tatters. What the state and the nation require is a paradigm shift from the structured decay and politics of the belly that kept us on a voyage around D.O. Fagunwa’s “Forest of Ghosts”. This is not to say that those currently angling for high office have no right to do so. They do; but the rest of us are puzzled regarding the out-of-season mushrooming of contestants, offering little or nothing more than the same jaded protocols of “chop, I chop” politics. We would have been encouraged, if any of the crowd of competitors at the state level, told us how they will domesticate the anti-corruption policy. Better still, if there is a hint, that any of them will break new grounds, by not taking the controversial security vote, but use it to offer opportunities to the poor.