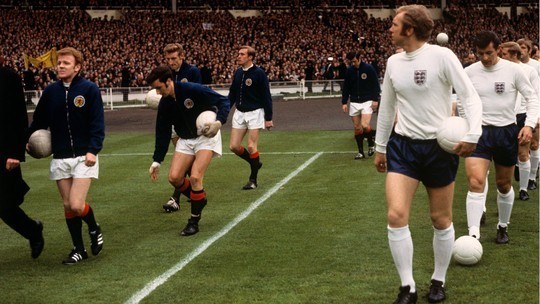 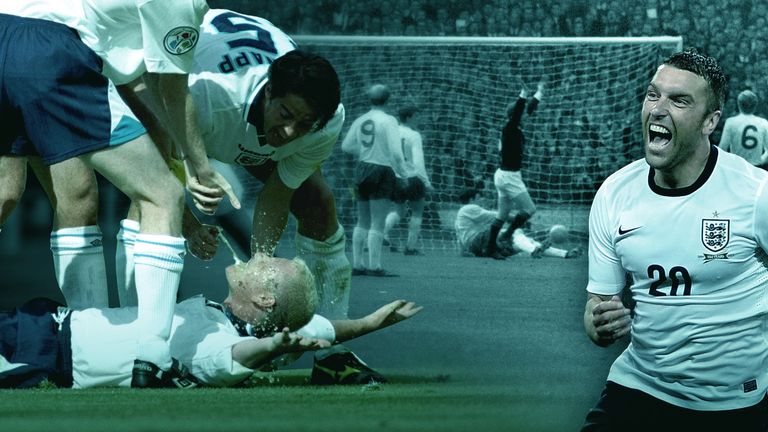 Despite being the oldest international fixture in football – first played in 1872 – England and Scotland were drawn together in a World Cup qualifying campaign for the first time ahead of the 2018 tournament in Russia.

England currently lead the head-to-head battle with 48 wins to Scotland’s 41, having won the first qualifying encounter 3-0 back in November at Wembley.

The duo are set to grace Hampden Park from 5pm this Saturday, with England looking to stretch their lead at the top of Group F, while Scotland are hoping to stay in the hunt for second.

So from Scotland’s Wembley Wizards to Paul Gascoigne’s moment of magic, we look at five encounters which have given fans of both teams some wonderful memories…

This much-celebrated win for Scotland saw the visiting team subsequently hailed as the Wembley Wizards. Hopes were not high after a controversial team selection left out some big Scottish names, while the England team included the majority of the Football League side that had beaten their Scottish counterparts 6-2 just three weeks earlier. With striker Dixie Dean in the midst of his 60-goal season, England went in as strong favourites. 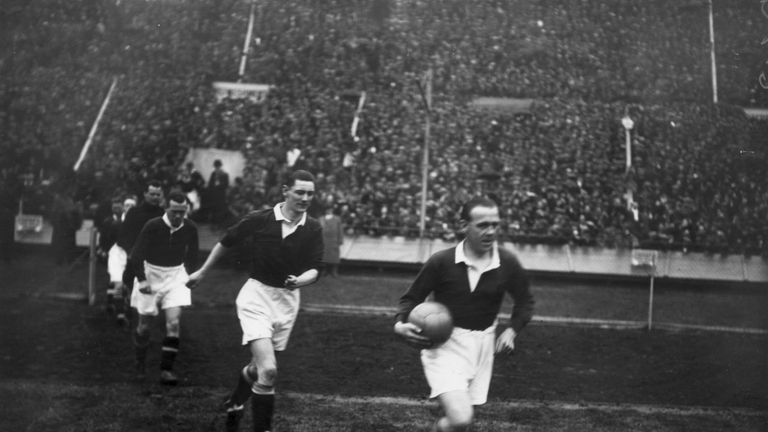 However, on a sodden Wembley pitch, Scotland stunned their opponents with their tricky forwards proving far too hot to handle. Alex Jackson scored inside three minutes and Alex James made it two just before half-time. Scotland continued to dominate after the break adding two further goals and with five minutes remaining Jackson completed his hat-trick to make it five. England scored with a minute to go but they had been comprehensively outplayed. James commented after the game: “We could have had 10.”

This 1967 meeting between the two teams is arguably Scotland’s most famous victory over England, coming as it did against the previous year’s world champions on their own Wembley turf – thus inflicting the first defeat on Sir Alf Ramsey’s team since their World Cup win at the same stadium. Given that Celtic’s European Cup triumph the following month featured four of the Scotland team, it is difficult in hindsight to appreciate the magnitude of the result. 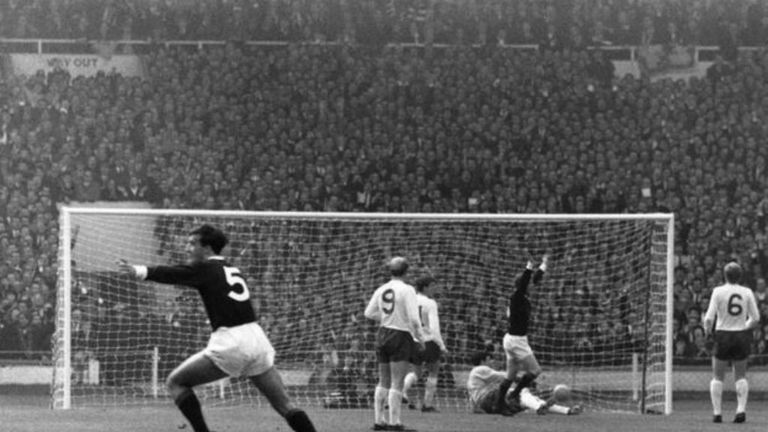 Denis Law opened the scoring for Scotland in the first half and Bobby Lennox doubled the lead late on. There was still time for makeshift striker Jack Charlton to pull one back, but Jim McCalliog restored the two-goal lead with minutes to go. Geoff Hurst’s goal moments later proved little consolation as Scotland had caused a major upset – mischievously crowning themselves unofficial world champions.

A match whereby the celebrations after transcended the 90 minutes which preceded them. England hosted Scotland in a winner-takes-all match at Wembley, with the victor set to take home the British Home Championship. Goals from Gordon McQueen and Kenny Dalglish helped Ally McLeod’s side to a 2-1 win, with Mike Channon’s late penalty merely a consolation for Ron Greenwood’s men.

Scottish football fans, known as the Tartan Army, invading the Wembley pitch and pulling down goalposts

What followed was a sea of tartan on the pitch – a mass invasion from the Scots who had made the trip south of the border. Scotland fans surrounding a bent and broken Wembley crossbar became one of the iconic images of this great rivalry, while many fans took home with them patches of the hallowed turf to remember the occasion.

The first and only match between the sides at a major tournament took place at Euro ’96 with England as hosts. After an inauspicious start for Terry Venables and his team with a 1-1 draw with Switzerland, this Wembley contest proved a memorable one as England’s victory sparked national hysteria – not least as a result of Paul Gascoigne’s wonder goal that was to be attempted in playgrounds across the land for years to come. 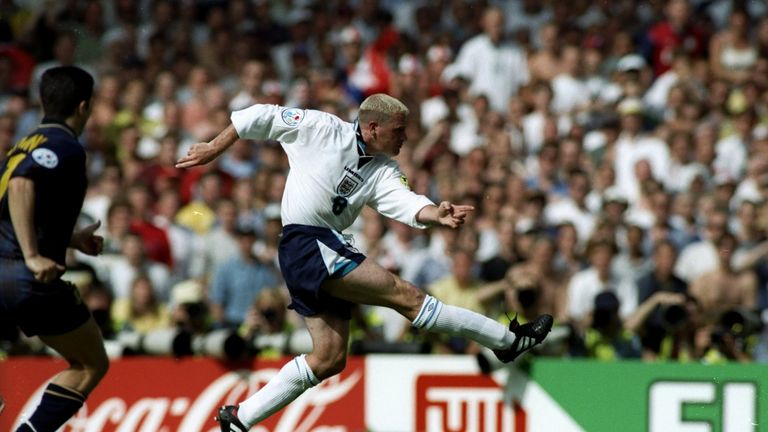 Scotland had the better of the first half but Alan Shearer headed England ahead early in the second. With a quarter of an hour remaining, Tony Adams fouled Gordon Durie and a penalty was awarded to Scotland only for David Seaman to save Gary McAllister’s spot kick. Shortly afterwards, Steve McManaman helped the ball forwards down the left and Gascoigne did his thing – lifting the ball over Colin Hendry and drilling the ball low into the net. Cue dentist’s chair celebrations and a growing conviction that football would soon come home

A place at Euro 2000 was at stake when the old rivals met in a two-legged play-off in 1999 that was to go right to the wire. Ultimately, it was England’s efforts in the opening 45 minutes of the three-hour contest that were to prove decisive with Paul Scholes cast as they key figure in front of over 50,000 at Hampden Park. “He’s one of those who believes that actions speak louder than words,” said England boss Kevin Keegan and Scholes’ two goals certainly silenced the Scots in Glasgow. 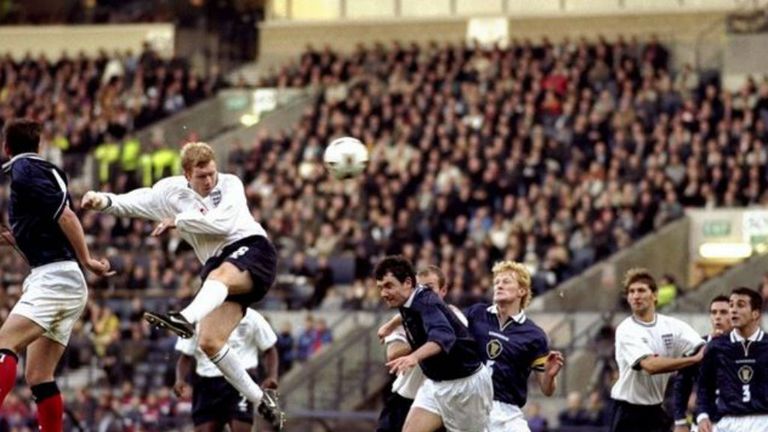 Seizing onto a long pass, the Manchester United midfielder opened the scoring midway through the first half and after Kevin Gallacher was unable to find a way past David Seaman for an immediate reply, Scholes headed home a second from a David Beckham free-kick just before the break. England held on for a 2-0 win and while Scotland won the return leg at Wembley, Don Hutchison’s goal was not enough to level the scores on aggregate.