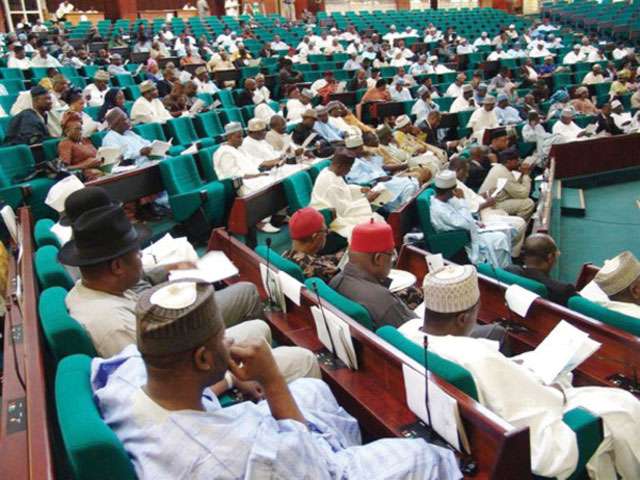 The News Agency of Nigeria (NAN) recalls that the House of Representatives had few weeks ago, amended the Electoral Act 2010 with the inclusion of section 25(1).

The National Assembly Conference Committee on Electoral Act (amendment) Bill on Tuesday adopted the reordered sequence of the 2019 General Elections, making presidential election the last poll to be conducted.

The News Agency of Nigeria (NAN) recalls that the House of Representatives had few weeks ago, amended the Electoral Act 2010 with the inclusion of section 25(1).

This was to reorder the sequence of the elections, to commence with National Assembly, followed by Governorship and State House of Assembly and climaxing with the Presidential.

This re-ordering runs counter to the sequence announced by the Independent National Electoral Commission (INEC) late 2017, which put Presidential and National Assembly elections first and governorship and state assembly second.

Chairman of Senate Committee on INEC, Sen. Suleiman Nazif, said that the bill did not in any way violate any provisions of section 76 of the 1999 Constitution which empowered INEC to fix dates and conduct elections.

He said the words “empowering INEC’’ to that effect were duplicated in the bill just as powers conferred on the National Assembly by section 4 (2) of the Constitution were exercised in relation to rescheduling of elections.

Nazif said that inclusion of section 25(1) which changed the sequence of election different from the one earlier released by INEC had not violated any provisions of the laws governing the operations of the electoral body.

In his contribution, Chairman, House of Representatives Committee on INEC, Mr Edward Pwajok, said that what the House agreed with the Senate was very necessary in giving credibility to the electoral process.

“The sequence of election provision in the bill is not targeted at anybody but aimed at giving credibility to the electoral process.

“This is by giving the electorate the opportunity to vote based on qualities of candidates vying for National Assembly seat,” he said.

Pwajok added that if the bill was denied assent by the President, the lawmakers, based on national interest would adopt it.

“Whether it would be assented to or not by the President, as far as we are concerned, remains in the realm of conjecture for now but if such eventuality happens, we will know how to cross the bridge,” he said.

A member of the Committee, Sen. Dino Melaye (APC-Kogi), said that while the date for election was the prerogative of INEC, extant laws give the scheduling for such elections as the sole responsibility of the National Assembly.

“So contrary to reports and comments by some Nigerians on the reordered sequence of election, National Assembly has not overlapped its boundaries,” he said.