2019 Elections Young Nigerians are trying to determine how to #RescueNigeria 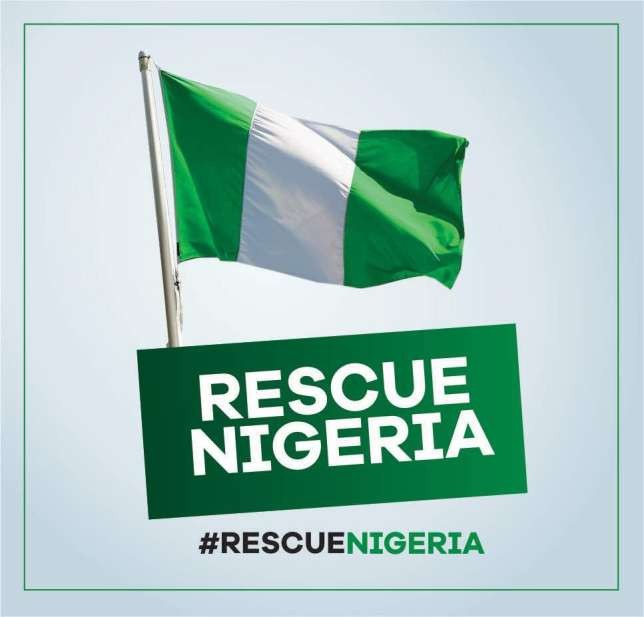 2019 Elections Young Nigerians are trying to determine how to #RescueNigeria

2019 is inching closer and people are trying to determine how to change the system.

The conversation about Africa’s most populous nation is at a point where most persons have determined that our only fighting chance is that the youth find a way to rescue Nigeria.

In a very obvious show of their understanding, a number of influencers have made the hashtag #RescueNigeria a trending topic on the social media site, Twitter.

The hashtag has been pushed by tweets narrating various microcosms of Nigeria’s most common problems and asking young people to rescue the country.

Its just a hashtag but the topic has been trending for over a day now and civil society groups and activists have joined what is already a very long train.

The conversations are yet to become anything of note but considering the current political tensions and the chances of a refresher that the 2019 elections bring, I wouldn’t bet against the hashtag taking a new form and inspiring something much bigger.

As the elections draw closer, the importance of young people and social media in the political and civic sphere will come to fore yet again.

In 2015, many commentators were quick to highlight the role that social media played in pushing certain candidates, changing public perception of perennial contestants and getting young people involved.

Prior to that, the OccupyNigeria protests, which were organised largely off social media outcry, crippled Nigeria for days after fuel prices were hiked.

While the outcome of the protests beamed the lights on a massive chink in the armour of collective activism (aka, brown envelopes of the right size can solve all problems), it also showed that social media platforms can be used to start conversations that have massive implications in real life.

After the tweets, what happens?

There are already campaigns on social media imploring young people to register to vote, be active in the political process and to break the basic dichotomy that has dominated Nigerian power for 19 years, so #RescueNigeria isn’t entirely surprising.

The real question is; what will come of it?

It’s hard to know. A spate of events could inspire an offline campaign to curb the individual excesses and indiscretions that have contributed to the problems we complain so fervently about.

Or the hashtag could bubble beneath and show up every now and then until we have the power to put our votes where our thumbs are.

Either way, young Nigerians are finding a way to make their voices and intentions heard in a nation where the real leaders of tomorrow have been the leaders of yesterday for decades.

That, in itself, is the real victory.