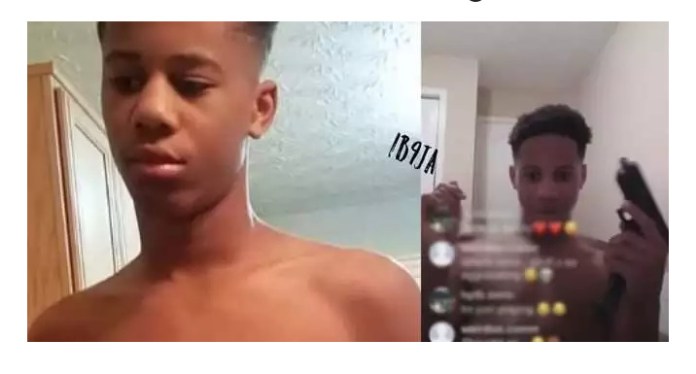 A 13-year-old Malachi Hemphill mistakenly took his own life on Instagram Live with a gun while his friends watched. In what has been described as a tragic accident by his mother,

the gun when it went off. He was rushed to Grady Hospital where he died.

The owner of the gun he shot with is yet to be identified.

“I heard a big boom. I couldn’t tell if it was

“I just knew that it was something that was wrong.

“We kicked in the door. We found him just laying there

in a pool of blood. “My daughter screamed

and said, ‘Mom turn his phone off!’ As I proceeded to look at his phone he was on Instagram Live.”

watching live on Instagram came to their house immediately the boy shot himself.