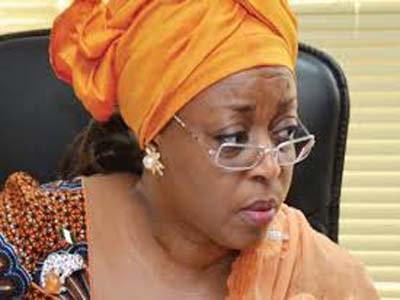 Officials of the Economic and Financial Crimes Commission (EFCC) are vowing to resist any attempt by the embattled ex-Minister of Petroleum Resources, Mrs. Diezani Alison-Madueke to scuttle her impeding trial in the United Kingdom (UK).

The ex-minister recently expressed her preference to face trial at home when she pleaded with the Federal High Court in Lagos to order the Federal Government to facilitate her return to Nigeria to face trial.

She asked for an opportunity to defend allegations against her in a charge filed against a Senior Advocate of Nigeria (SAN), Dele Belgore and former National Planning Minister Abubakar Suleiman.

The prosecution said Mrs. Alison-Madueke allegedly shared $115,010,000 (about N35billion) to individuals in the 36 states ahead of the 2015 general elections.

However, EFCC officials believe that the ex-minister’s statement is part of a grand delay strategy to escape justice in London.

The Nation gathered yesterday that the fear of getting the ‘James Ibori treatment’ if tried in the United Kingdom was partly responsible for her call to face trial in Nigeria.

Other reasons, according to EFCC sources, include the ‘strict nature’ of the British anti-graft law, and the huge cost of hiring a defence team there which could further drain her already depleted  financial resources.

Ibori, ex-governor of Delta State was jailed by the Southwark Crown Court, London on April 17, 2012 after pleading guilty to ten counts of money laundering and conspiracy to defraud.

He was jailed for 13 years and his assets including three buildings in the UK and South Africa seized.

Also confiscated from him were a fleet of Range Rovers, a Bently Continental GT and a Mercedes-Benz Maybach 62.

He was recently released from jail.

Before Ibori’s London trial, he had been discharged and acquitted of a 107 count charge of corruption by a Federal High Court, Asaba.

Her trial in London, is expected to commence soon, sources added and EFCC officials are upbeat that the trial will justify the extensive job they did in investigating her.

They are shocked that she wants to return to Nigeria after the ‘massive’ evidence they sent to the UK for her ‘water-tight’ prosecution.

“We see her as making moves to frustrate the course of justice after we have hauled a lot of evidence to the United Kingdom,” one source said.

“If she comes back, she will come up with frivolous applications up to the Supreme Court level to halt her probe. She might take advantage of the law to frustrate investigation and her arraignment in court.

“Intelligence also revealed that she is already afraid that she might face trial before some conservative judges who may strictly apply the UK law against corruption.

“So, she is just afraid of the long arm of the law catching up with her.”

The source said now that the EFCC has seized more than 56 houses from her, she should “face trial in the UK which may further vindicate our findings or otherwise.

“The report of the US Department of Justice has already proved EFCC right on its investigation.

“US Department of Justice through its  Kleptocracy Asset Recovery Initiative, is already seeking to recover $144m in assets from some associates of Diezani.

“We want her to face trial abroad in order to recover laundered funds before returning home for further  investigation including the whereabouts of about $15.8 billion NLNG dividends  between 2000 and 2014.”

An audit report sent to EFCC by the Nigerian Extractive Industry Transparency Initiative (NEITI), doubts whether “the entire $15.8 billion due from 2000 to 2014 is still intact.”

“Also, about US$7.85 billion out of the dividends was allegedly withdrawn in 2011 under the guise of funding Brass LNG Project.”

Another source said:”The UK has spent much of public funds on Diezani’s probe. She needs to spend more on the hiring of counsel.

“At the end of the day, if the laundered funds and assets are seized, whatever will have been  expended on her probe will be deducted from forfeited assets.

“She will end up losing part of the looted funds. This is overwhelming her.”

Responding to a question, the source added: “We learnt that Diezani’s trial will soon begin in the UK, we believe she should not jump the gun.”

As at press time, it was learnt that Mr. Kola Aluko, one of the business associates of the ex-Minister, has gone underground.

Aluko was implicated in the wiring of the part of the $1.5billion into a bank in Switzerland.

Sources also said  that Aluko may  have sold most of the 19 choice assets traced to him in some countries.

The source added: “Detectives have been on the trail of Aluko but he cannot hide for long.”

A Federal High Court in Lagos had on June 24, 2016 invoked the Interim Forfeiture Order in the EFCC Establishment Act to seize the properties.

The affected assets are mostly in the United Arab Emirates (UAE), the United Kingdom, Canada, Switzerland and the United States.

Capping the list is the €63m Galactica Star which the US Department of Justice in the United States claimed that the ex-Minister had warned Aluko against buying.

The Attorney-General of the Federation and Minister of Justice, Mallam Abubakar Malami( SAN) penultimate Wednesday told State House correspondents that the return of Diezani to Nigeria for trial might  jeopardize the ongoing investigation in the UK.

He said: “Steps have been taken by the United Kingdom authorities on issues bordering on corrupt practices involving Nigerians.

“If Nigeria feels strongly that there is need to bring Mrs Diezani Allison-Madueke here to face charges of corruption, government will not hesitate to do that.

“As things stand now, there is no need for that since the UK Government is already investigating her. Government will not take any decision that will jeopardize what the UK government is doing.

“Mrs Deziani Allison-Madueke is facing charges of money laundering and acquisition of properties in the United Kingdom.

“So it is more important to face the charges there than for her to come as a mere witness in a case in Nigeria.’’