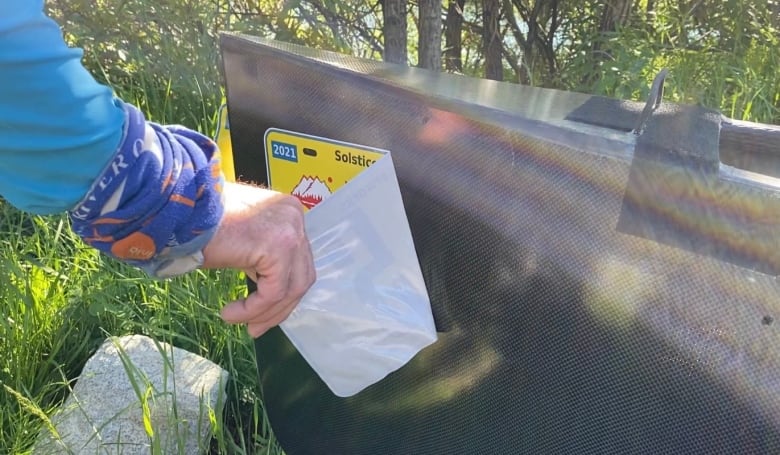 They trained for months, even years, to compete in the epic Yukon River Quest — and they weren’t about to stay put on dry land even when the race was cancelled.

“We like paddling, and we’ve trained hard for this race,” said Stephen Mooney, preparing his vessel on the riverbank in Whitehorse on Wednesday morning.

“We want to get in and paddle as hard as we can and perhaps break a time record.”

The annual race was set to begin at noon in Whitehorse, with an armada of canoes and kayaks setting off on a gruelling 715-kilometre journey downriver to Dawson City. But less than a day before start time, race officials called it off, citing dangerously high water on the river this year.

Nevertheless, many paddlers hit the water, even for just a shorter journey downriver. Some had been waiting a long time to set off, as it’s now been two years since the last race. The 2020 event was cancelled because of the COVID-19 pandemic.

Mooney says he understands the decision to cancel the race, but that it was still a huge disappointment. His canoe partner had travelled up from B.C. weeks ago to complete Yukon’s mandatory self-isolation period in an RV behind Mooney’s house, before the race began.

“You know, he’s taken a month off work and he loves this river. And we said, ‘No, we’re going to go do this race,'” Mooney said.

They were planning to travel the whole way to Dawson City, and anticipated an eventful trip. The high water and its associated hazards just add to the challenge and adventure, Mooney said.

Naomi Umphrey and her husband Kelly Linklater drove 30 hours from their home in Pukatawagan, Man., to enter the Yukon River Quest this year. They didn’t have to isolate on arrival because they were able to prove that they were fully vaccinated against COVID-19.

After the cancellation, the couple decided to join a group of race entrants on Wednesday for an unofficial “sprint” to the mouth of Lake Laberge.

“So at least we get to put our boat in the water. And then we’ll be heading back east,” she said.

Umphrey also said the decision to cancel the official race was probably the right one.

“Safety first. I mean, I can appreciate that, but it is disappointing. You know, we did come a long way.”

Linklater said paddling even a short way down the river with other paddlers will be fun, since that’s a big part of the race for him — meeting people, and seeing some wilderness scenery.

“Like one of my grandfathers used to say back home, ‘Whatever it is, is what it is,'” he said with a laugh.

‘We’ve been talking about it for years’

Jodi Geisbrecht of Whitehorse said the race cancellation was “crushing.” She and her husband had spent months training for what would be their first Yukon River Quest.

“It just felt like all the momentum we had going into this race just kind of slammed up against the wall. So it was hard to hear,” she said.

“We’ve been talking about it for years and finally decided to get the gear together and get in shape and go for it.”

But Geisbrecht also agreed — race officials made the right call.

“Water and nature is pretty powerful even when you’re in good form, but as soon as you add sleep deprivation and race competition — I don’t think you want to be mixing all of that together,” she said.

She and her husband decided to do the short jaunt downriver to Lake Laberge, “to help us nurse our wounds here,” and then start planning for next year.

“We have a lot of extra snacks we need to eat over the next few weeks here,” she said.