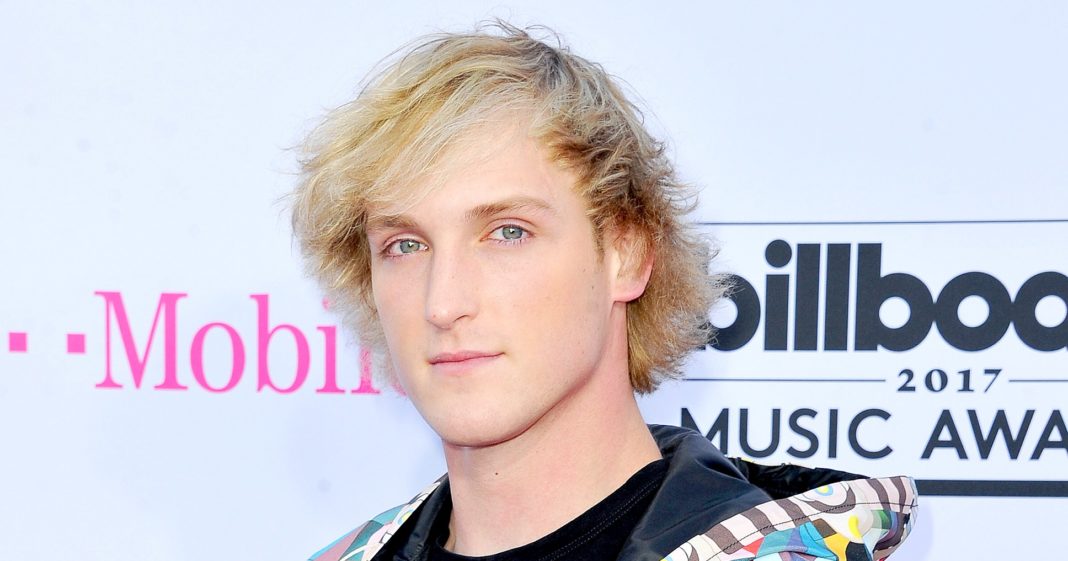 Open mouth, insert foot … again. YouTube star Logan Paul is under fire once more for a controversial remark he made about his New Year’s resolutions for 2019.

Paul, 23, announced his plans during a Wednesday, January 9, episode of his podcast, “Impaulsive.”

“So our New Year’s resolution … we’re vegan now, and we’re sober?” he began. “Just for the month,” cohost Mike Majlak assured him.

The two men, who said they plan to test out a new resolution each month, with January being “Sober Vegan January” and February being “Fatal February” (“steaks, big bottles of Tito’s and s—t, just wilin’ out”), had Twitter up in arms over March’s resolution.

“What is it, Male-Only March?” Paul said. “We’re gonna attempt to go gay for just one month.”

“For one month, and then swing … and then go back,” Majlak clarified.

Twitter was flooded by comments from members of the LGBTQ+ community, who felt it made a mockery of their sexuality, as well as their supporters.

“So Logal [sic] Paul is ‘going Gay’ for a month? This idiots [sic] acting like our sexuality is some sort of monthly subscription! Hope he knows once you subscribe you can’t unsubscribe,” one listener tweeted, as another wrote, “he’s not exploring his sexuality. he’s mocking gay men and using the lgbt community as a publicity stunt for views, and on top of that, is promoting the false belief that being gay is a choice to his young and impressionable audience.”

YouTube personality Donny Winter also weighed in, tweeting, “Looks like #LoganPaul is going gay for a month. Because a person can just flip a switch and be gay/straight whenever they want. You’d think you’d learn from your past antics, Logan. Video coming.”

It’s far from the first time Paul has been the subject of public backlash. In January 2018, the businessman sparked outrage when he posted a YouTube video showing an apparent suicide victim hanging from a tree in Japan he came across while walking in the country’s Aokigahara “Suicide” Forest.

He apologized for the controversy shortly after, writing, “Where do I begin . . . Let’s start with this — I’m sorry. This is a first for me. I’ve never faced criticism like this before, because I’ve never made a mistake like this before. I’m surrounded by good people and believe I make good decisions, but I’m still a human being. I can be wrong.”

After a brief hiatus from the social media platform, Paul returned with a suicide prevention video.

In February, however, the social media mogul was slammed once more over a vlog that showed him tasering two dead rats from the balcony of his Encino, California, mansion, in which he laughed and quipped, “OK, so the rats are definitely dead.”

Though he was removed from YouTube’s Google Preferred program and temporarily suspended his advertising, he was not removed from the site.

Stars Who Were Fired From Their Jobs

“We do have a three-strikes rule, and if somebody violates three times, then we terminate those accounts,” YouTube CEO Susan Wojcicki said at a February 2018 conference. “[Paul] hasn’t done anything that would cause those three strikes, so we can’t just be pulling people off of our platform. They need to violate a policy and we need to have consistent behavior.”