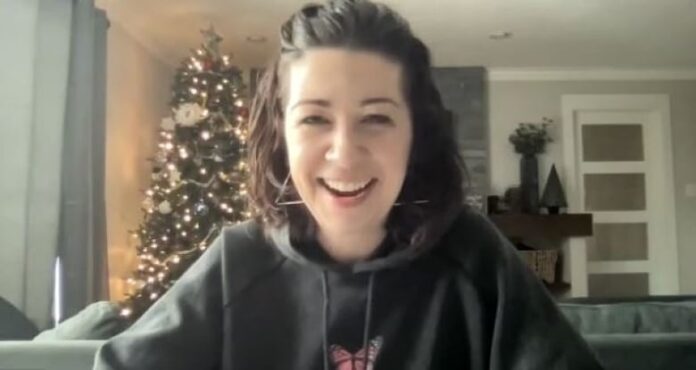 A young bobcat that paid a visit to a family in Peachland, B.C., this week has quickly become the cat seen around the world.

When the tiny, fuzzy creature appeared on Naomi Miller’s back patio on Monday morning, with just a pane of glass separating the two of them, Miller caught the moment on video. On Tuesday, she posted the footage on Instagram and TikTok.

As of Friday afternoon, the clip on TikTok had more than two million views.

“I’ve seen it happen to other people but I’ve never experienced it,” Miller said to CBC Radio West host Sarah Penton, in reference to the video going viral.

Miller says she didn’t expect anyone outside of her own region and social group to see the video.

Miller has been enjoying reading the comments on the post, which she says have been overwhelmingly positive.

“It’s so innocent, but also hilarious as well, so it’s worth browsing,” she said.

Miller says she would have missed the bobcat’s visit had it not been for a daughter who was home sick from school.

Miller was upstairs when her daughter called from downstairs, saying there was a cat outside. Miller managed to catch a quick glimpse of black ear tufts from her upstairs window, and knew right away this was no ordinary cat.

Miller says she ran down with the intention of getting some video to share with her other kids, none of whom were home at the time.

The bobcat stayed for about three minutes, possibly intrigued by Miller’s housecat, who was on high alert inside.

“We just sat on the floor and waited until he got out of sight,” Miller said. “It was pretty neat to experience.”

A bobcat or a lynx?

While often mistaken for one another, there are distinctions between bobcats and lynxes — but even experts sometimes have trouble telling them apart.

Between 2016 and 2019, researchers at the University of British Columia Okanagan asked members of the public to submit photos of the wild cats in an effort to inform conservation decisions.

But when they looked at the hundreds of photos, they found it hard to tell what they were looking at.

“Unfortunately, we found a lot of people having trouble. Experts disagreed with each other — they sometimes disagreed with themselves,” Karen Hodges, a professor of conservation ecology, said at the time.

Some of the biggest clues are in the size of their paws — lynxes, which are more commonly found in northern areas, tend to have bigger paws to navigate the snow, while bobcats have traditionally stayed further south.

But the closeup shots Miller was able to get helped identify her visitor as a bobcat, which researchers say are pushing futher into B.C.’s Interior, as well as into Calgary as they find more suitable habitat.

While neither bobcats nor lynxes generally pose a risk to humans, wildlife experts advise people to keep their distance and make noise when they encounter one.

If the animals are seen in urban areas, it is advised that pets be kept indoors, and sightings are reported to the B.C. Conservation Officer Service.