You v Neymar: How long would it take him to earn your salary? 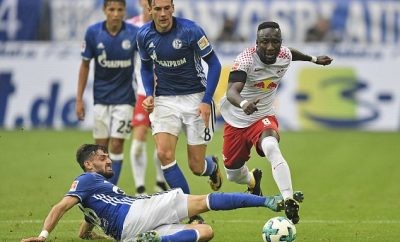 The football transfer window means big-money moves and big-money contracts. Neymar’s 222m euro (£198m) world record transfer from Barcelona to PSG will earn the Brazilian 865,000 euros (£775,477) a week. How much do you get paid compared with a top footballer? Use our calculator to find out.

Sorry, your browser is not supported

Football club owners across Europe still have time to spend big sums before the summer transfer window closes on Thursday. The total spent by the Premier League this summer has already surpassed last year’s record of £1.165bn.

Back in 2001, when Sol Campbell left Tottenham for London rivals Arsenal, his £100,000-a-week contract made him Britain’s first footballer to earn a six-figure weekly sum. Sixteen years later, Manchester City’s Sergio Aguero and Manchester United’s Paul Pogba both pick up in excess of £200,000 per week.

The average wage for Premier League players last season was £2.4m, according to a report from Sporting Intelligence. That equates to £46,000 a week, more than the average UK worker earns in a year.

Methodology: Player salary figures used are reported by or understood to be accurate by BBC Sport. The figures are pre-tax and do not include additional player income from sponsorship or other commercial deals. Country and global average wage statistics have been produced by the International Labour Organisation (ILO) and are for the latest available year, in most cases 2015. The ILO’s data only counts wage earners, not the self-employed or people on benefits. To compare wages across countries, the calculator adjusts all figures by using the World Bank’s Purchasing Power Parity (PPP) conversion rate, which reflects variations in the cost of living from one country to another. Football shirt data has been collected from official club websites in August 2017. Where clubs had more than one type of official jersey on sale, the ‘authentic’ or ‘match’ version was selected.