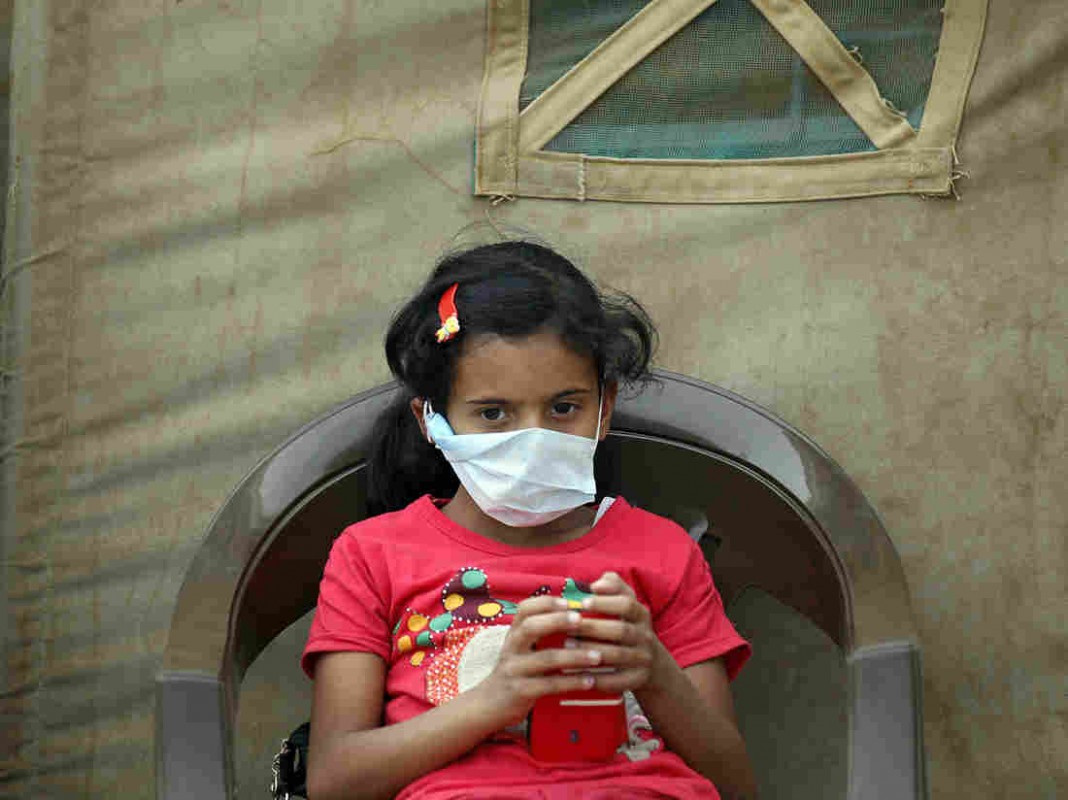 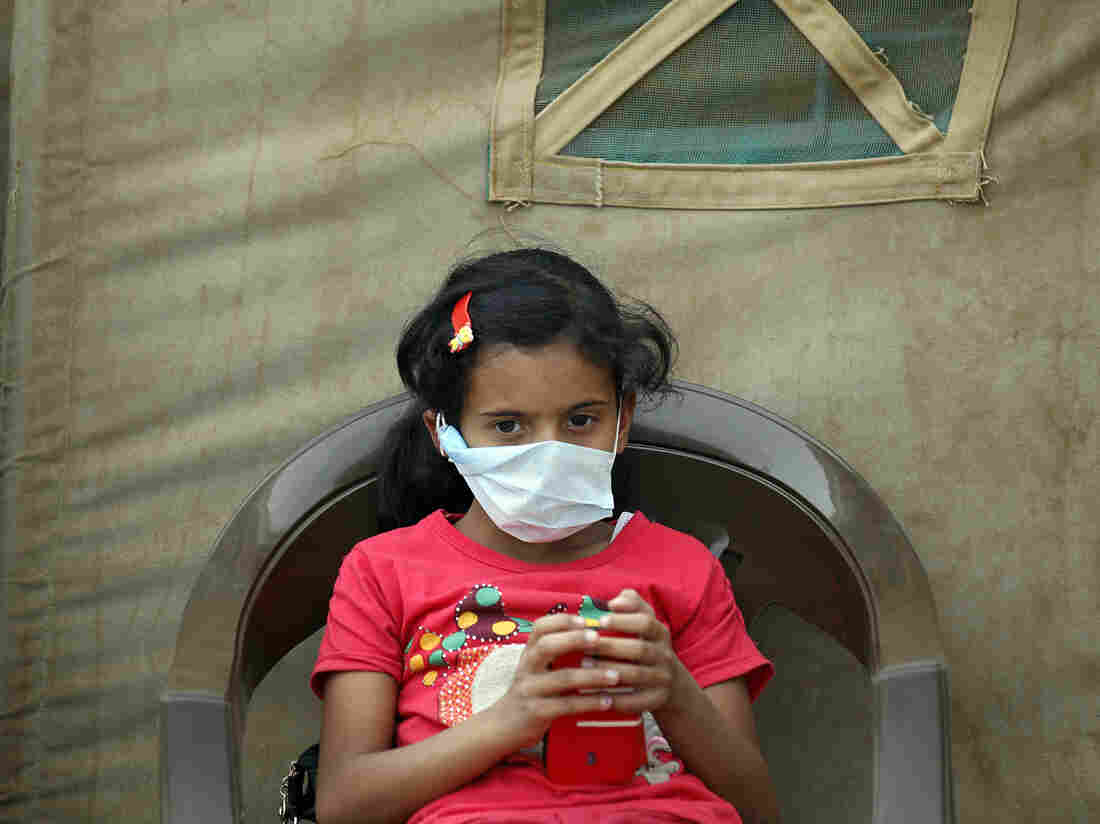 A Yemeni child suspected of having cholera sits outside a makeshift hospital in the capital, Sanaa, earlier this month. World health authorities say that of the more than 1,300 people who have died of the disease, a quarter have been children. Mohammed Huwais/AFP/Getty Images hide caption

A Yemeni child suspected of having cholera sits outside a makeshift hospital in the capital, Sanaa, earlier this month. World health authorities say that of the more than 1,300 people who have died of the disease, a quarter have been children.

Seized by violence and teetering on the edge of famine, Yemen is grappling with another danger that threatens to outpace them both: cholera.

“We are now facing the worst cholera outbreak in the world,” international health authorities said in a statement Saturday.

Anthony Lake, executive director of UNICEF, and Margaret Chan, director-general of the World Health Organization, say that “more than 1,300 people have died — one quarter of them children — and the death toll is expected to rise.”

That’s because they suspect Yemen now has upwards of 200,000 cases to grapple with, and that number is only growing quickly — by a rate of roughly 5,000 cases a day.

“There is nowhere in the country you can say this place is better than another,” says Hussein. “Every family is suffering from something whether it’s cholera or lack of food, having child soldiers in the family or having someone go join the rebels or the military. There’s been a whole collapse of the social life.”

After more than two years of civil war, Yemen’s health care system is at risk of “complete collapse,” a UNICEF spokesman told Jason.

The country has been roiled by violence since Houthi rebels seized power and ousted the president, who fled to sanctuary in neighboring Saudi Arabia. Since then, a Saudi-led coalition supported by the U.S. has waged a protracted campaign against the rebels — and some worry that support makes the U.S. complicit in Yemen’s deepening humanitarian crisis.

“The Saudis simply could not operate this bombing campaign without us,” he continued. “Their planes can’t fly without U.S. refueling capacity. They are dropping munitions that we’ve sold them. We are standing side by side with them often when they are reviewing intelligence about targets.”

Saudi Arabia’s new crown prince, Mohammed bin Salman — who, as NPR’s Deborah Amos reports, is said to have been “the prime mover in the kingdom’s decision to go to war in Yemen” — recently authorized a $66 million donation to support UNICEF and WHO’s anti-cholera efforts there.

“We look forward to discussing this contribution with the King Salman Humanitarian Aid and Relief Centre,” UNICEF responded in a statement Friday. “Such generosity will make a great difference to thousands of children at risk of contracting this rapidly spreading disease.”

“We are working around the clock to detect and track the spread of disease and to reach people with clean water, adequate sanitation and medical treatment. Rapid response teams are going house-to-house to reach families with information about how to protect themselves by cleaning and storing drinking water,” they said.

“We call on authorities in Yemen to strengthen their internal efforts to stop the outbreak from spreading further.”