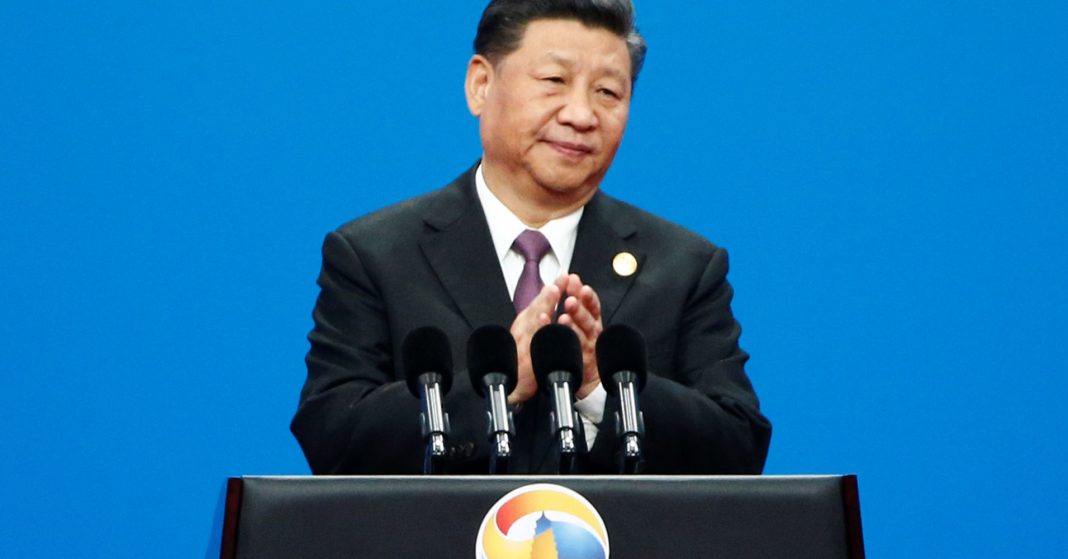 BEIJING—Instead of focusing solely on his signature investment initiative, Chinese President Xi Jinping spent a good portion of a speech at the Friday opening ceremony of China’s Belt and Road forum discussing his plan for national economic reforms.

Much of that discussion focused on issues at the heart of the ongoing trade war between Washington and Beijing. Notably, Xi said his country will increase intellectual property protection and “stop arbitrary technology transfer,” two of the main sticking points of the trade dispute with the U.S., China’s largest trade partner.

“We will more effectively engage in international macroeconomic policy coordination,” Xi said, according to an official English translation of his Mandarin Chinese remarks. “A globalized economy calls for global governance. China will strengthen macro policy coordination with major economies to generate a positive spillover.”

While the Chinese leader emphasized the country would not use currency devaluation for national gain, he divulged few details about planned economic initiatives.

Xi also made the “implementation of opening up policies,” including honoring multilateral and bilateral agreements reached with other countries, the last of his five points on how China will reform its economy. President Donald Trump’s administration has been trying to find a way to ensure that Beijing keeps its end of a trade deal.

Xi’s “Belt and Road Initiative,” launched in 2013, is widely seen as Beijing’s attempt to expand its influence globally through the construction of a network of land and maritime routes, beginning in southeast and central Asia, and ranging as far as Africa and Europe.

Russian President Vladimir Putin is among the foreign dignitaries attending this year’s forum.

The U.S. has been critical of the “Belt and Road Initiative” and high-level officials stayed away from this year’s forum in Beijing. India also did not send representatives.

Since the first forum was held two years ago, the program has gained both new critics and support.

This year, Italy became the first G-7 country to officially support the Belt and Road Initiative. Meanwhile, Malaysia, Pakistan, Myanmar, Bangladesh and Sierra Leone have either canceled or stepped back from their prior commitments to Belt and Road projects in the last few months. Critics say that through the project, China forces developing nations to take on high debt burdens while benefiting Chinese companies which are often state-owned.

“There have been no criteria for what qualifies as a BRI project, allowing interest groups within and outside China to repackage their own efforts as supporting the initiative,” Jonathan E. Hillman, director, Reconnecting Asia Project, and Matthew P. Goodman, senior vice president at the Center for Strategic and International Studies, said in an online article Wednesday.

“Over 125 countries have signed BRI cooperation documents according to Chinese state media,” the article added, “but participation is no guarantee of benefits, which have ranged greatly.”