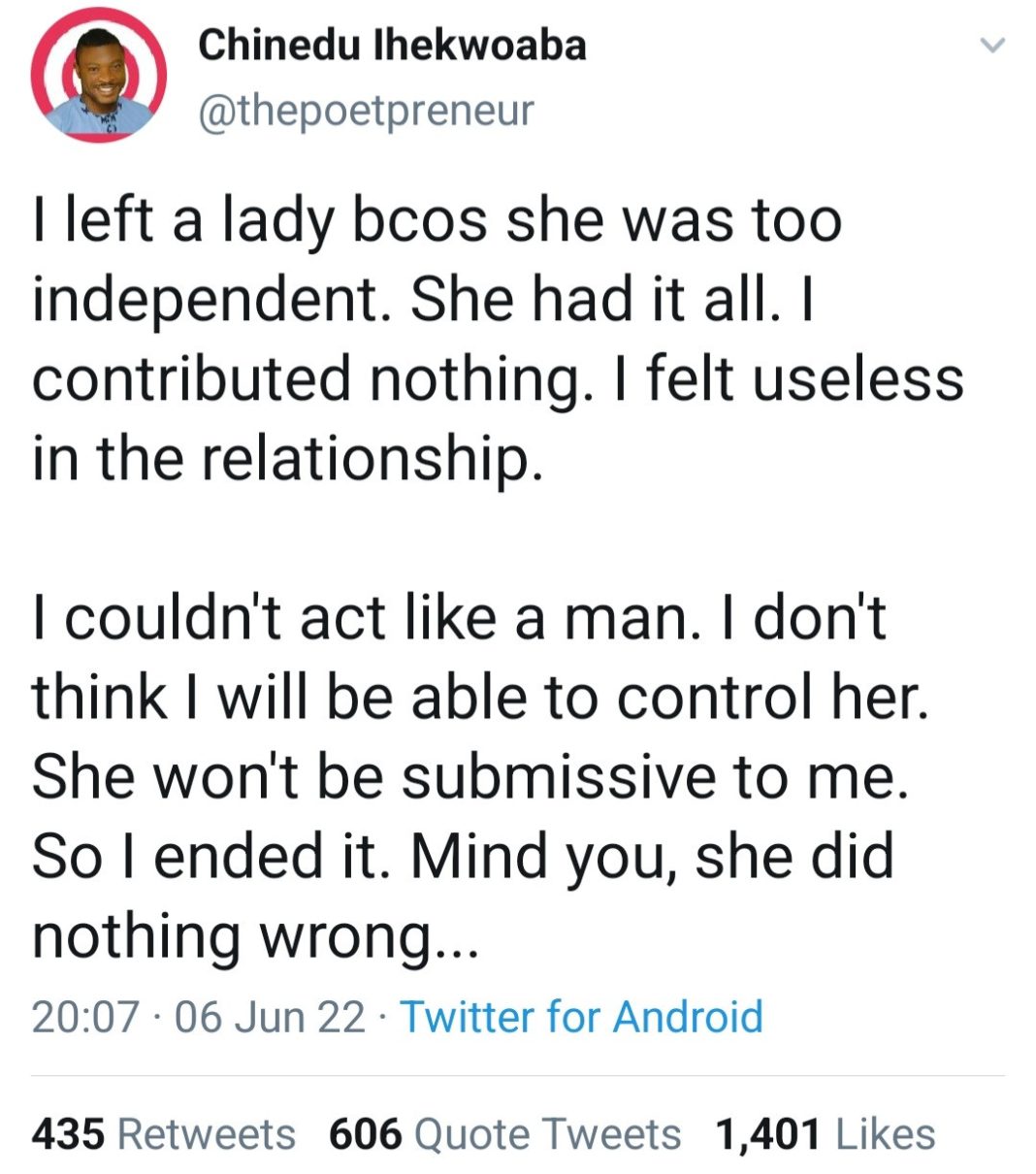 A writer has gone on Twitter to reveal why he left a woman.

He revealed that the woman was too independent and had it all.

He said that meant he couldn’t act like a man and he wouldn’t be able to control her or make her submissive, so he left.

He wrote: “I left a lady bcos she was too independent. She had it all. I contributed nothing. I felt useless in the relationship.

“I couldn’t act like a man. I don’t think I will be able to control her. She won’t be submissive to me. So I ended it. Mind you, she did nothing wrong…”