Worries of more school disruptions are rising alongside COVID-19 cases 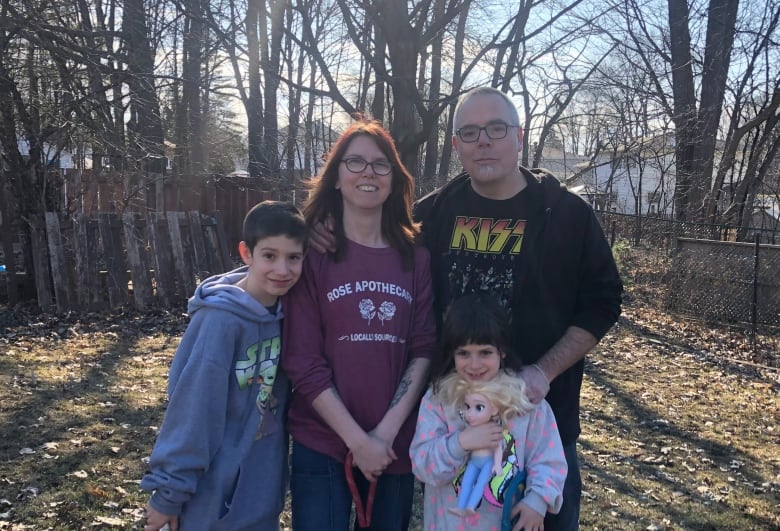 As the spring weather improves, Montrealer Doug Bentley understands people feeling a pent-up desire to return to pre-pandemic normalcy. Still, as a parent with two kids attending elementary school, he remains “ill at ease” about classrooms amid COVID-19.

“I don’t feel particularly comfortable about the situation in the schools,” he said. “There’s a lot of denial going on about the sixth wave that has started.”

With capacity limits, mask mandates and other restrictions lingering in some areas but gone in others, Canadian regions remain in varying stages of easing pandemic mitigation measures. Yet as health experts warn again of rising new COVID-19 infection and hospitalization rates in parts of the country, parents and school officials are bracing for what a sixth wave may bring to classrooms.

According to Quebec education ministry data, student absences linked to COVID-19 rose from a daily snapshot of about 14,000 on March 22 to nearly 24,500 on March 29. It rose again to 27,119 COVID-linked absences, according to figures released Tuesday — the same day the province announced it would extend its mandate for masking in indoor public spaces until at least the end of the month, citing rising new cases and hospitalizations.

Ontario, which tracks the percentage of staff and students absent as part of its current COVID-19 monitoring in schools, has also seen high absence rates in multiple boards, particularly in the northern region.

Bentley, a parent rep on the governing board of his children’s school and a member of the Quebec English Parents’ Committee Association, isn’t as worried about his children falling ill from COVID-19, since Hunter, 10, and Annabelle, 7, are both vaccinated.

He’s more worried that a major spike in new COVID-related absences could lead to further disruptions to their schooling, fresh rounds of classroom shutdowns or even a sudden return to emergency remote learning.

“To keep kids in school — and make sure they stay in school — wouldn’t it be fundamental to keep them safe? And in today’s day and age, keep them masked?” Bentley said. “Learning from home is no substitute for in-person learning.”

Though Quebec didn’t reinstate a mask requirement for schools this week, Bentley believes masks would help — and he’s not alone.

That came a day after a group of 19 New Brunswick pediatricians published an open letter to the province calling for its mask mandate, lifted in mid-March, to be reinstated in schools and for preschool child-care workers. Their appeal was also supported by the president of the New Brunswick Medical Society.

The letter came together late last week based on what pediatricians were seeing and experiencing in homes, workplaces and their communities in general: more children absent from school, more kids presenting to hospital with COVID-19 symptoms and staffing shortages in both health care and education due to illness or having to isolate, according to Saint John neonatologist Dr. Alana Newman, one of the letter’s co-authors.

The most immediate concern, she said, is having enough healthy, non-isolating medical staff “to treat those of any age that are ill and requiring treatment, especially in hospital” and enough teachers and educational staff to keep classrooms going.

“The fear a lot of us have is reaching a point where we’re not going to be able to provide the care that’s needed to all of the people that require it,” said Newman, who is also a parent of young children.

“And then are we looking at, weeks down the road, potentially shutdowns of individual schools and classes because there’s … not enough people available to be able to work?”

Newman believes reinstating a mask mandate in school classrooms and for child-care workers would help slow the rising cases in New Brunswick, even if other areas of the community continue without one. She noted that children under five are still not approved for a vaccine, and the population of five to 11-year-olds in New Brunswick has “a significantly lower rate of vaccination than the older child and adult populations.”

Coupled with younger kids being much less likely to maintain physical distancing, “I think slowing the rate of spread in that environment alone can have an impact on spread in the community,” she said.

Amid the pandemic, those in the health-care system, education system and government have worked together “all along and reassessed things as they went,” Newman noted.

“I just hope that public health and government parties will again be willing to engage and [say]: ‘Let’s look at what’s happened in the last month … Maybe we do need to reassess what we’re doing.’

“And there’s no shame in that.”

Canada’s largest school board announced Monday it will now send COVID-19 positive case notification letters (from any self-reported cases) to all students in the affected school, a shift from earlier policy to only send notes to families in affected classrooms.

The impetus for the change was Toronto District School Board’s desire to streamline communication with families, especially for secondary students who have different classes throughout the day, said spokesperson Ryan Bird, who noted the decision is arriving at an opportune time given that “anecdotally, yes, we are hearing about an increase in cases.”

Since school boards are no longer centrally tracking COVID-19 cases by location on a day-to-day basis, as per direction from Ontario’s Ministry of Education, “we just don’t have that solid data.”

According to Bird, despite the fact that many pandemic measures in schools have been lifted this spring, the board is doing its best with the remaining measures to keep everyone safe.

“I think now with everyone essentially mixing during the school day and after the school day, [sending school-wide notification letters] really does give people that greater level of detail,” he said.

“It really has shifted more to the responsibility of families to make the best decision based on their unique circumstances.”