World Cup 2018 This is how Osinbajo watched Nigeria beat Iceland 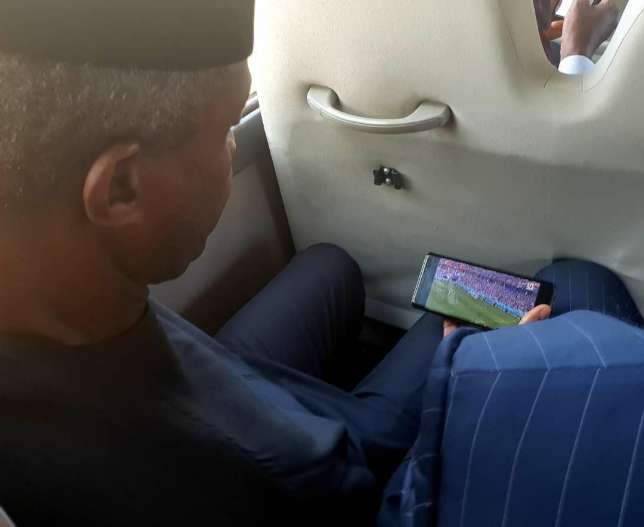 World Cup 2018 This is how Osinbajo watched Nigeria beat Iceland

This is how Vice President Yemi Osinbajo watched the Super Eagles game.

Vice President Yemi Osinbajo was on official assignment at the University of Lagos (UNILAG) when the Super Eagles of Nigeria were taking on the Iceland national team in a crucial World Cup game.

Osinbajo was in UNILAG for the Student Innovation Challenge.

The game was still on as the Vice President stepped out at the close of the event and sauntered into his official bus. He had the game on his mind the entire time.

“Thank God for the smartphone because today it came through for the Vice President”, an aide of Osinbajo told Pulse.

As the bus meandered its way through UNILAG and into chaotic Lagos traffic, Osinbajo watched as Ahmed Musa and the Super Eagles put Iceland to the sword.

The Super Eagles take on Argentina on Tuesday, June 26 and this is hoping Osinbajo is near a Television when that game unfolds.