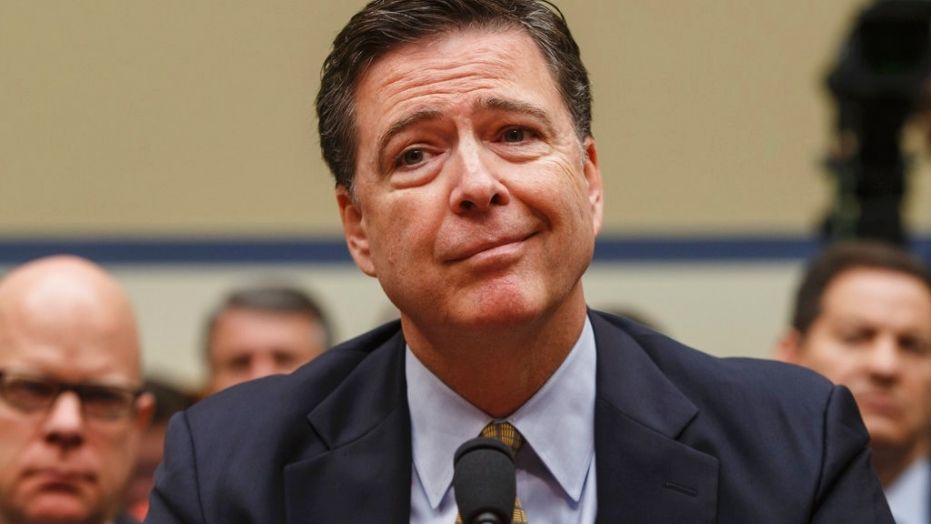 During a visit to Ireland, fired FBI Director James Comey said Friday that he was so ashamed of current U.S. immigration policies that he considered telling Irish customs officials that he was Canadian when he arrived.

Comey made the remark during a public interview in Dublin, the Irish Times reported.

“I am ashamed of the way my country has acted with respect of those children. I am disgusted, I am horrified, I am embarrassed, I’m ashamed,” he said.

Comey, who is on a promotional tour for his book, “A Higher Loyalty,” arrived in Ireland with his wife this week.

“My wife and I were joking, not really joking; we wanted to tell the people on the customs line coming here that we were Canadian. And we were joking but it’s funny because it reveals a truth: I’m ashamed.”

“My wife and I were joking, not really joking; we wanted to tell the people on the customs line coming here that we were Canadian. And we were joking but it’s funny because it reveals a truth: I’m ashamed,” he said.

Comey blamed the U.S.-Mexico border crisis — in which scores of children were separated from their parents until President Donald Trump issued an executive order changing the policy — on political and economic conditions in Central America.

A day earlier, in an interview with the Guardian, Comey likened the detention centers for immigrants arriving in the U.S. to the Japanese internment camps during World II and the civil rights struggles of the 1960s.

Comey also told the Dublin crowd that his decision to reopen a case on Hillary Clinton’s alleged mishandling of emails just 11 days before the November 2016 presidential election was not motivated by politics. It was a decision many have blamed for her loss.

The former FBI director also reiterated his criticism of President Trump, whom he said is “morally unqualified for office.”

Comey ended by expressing confidence that the country’s “democratic institutions” will withstand any political fervors.

“The rule of law is spine,” he said. “No president serves long enough to screw that up. Donald Trump, even if he were competent, he could not screw that up.”