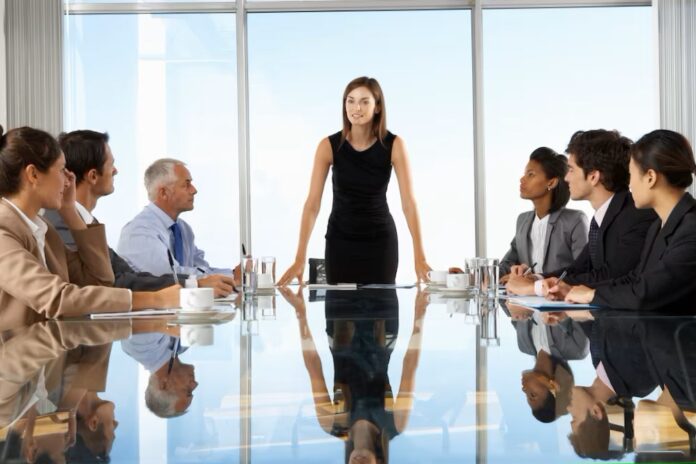 As inclusive as I try to be, I’m as limited as anyone by unconscious bias. Take, for example, my latest response to a young-looking man wanting to look more mature.

“I found your advice wanting for people like me,” said David Barrett, a retiree in Ellicott City, Md., and self-described “brown-skinned, African American male.” Barrett spent his long career in information technology navigating workplace-style advice that was written with White men in mind. “I have no trouble with hair in my face or sunscreen,” he said in an email.

He’s got a point. When discussing anti-aging measures, my melanin-deficient mindset settled on sunscreen, but “skin care” would have better covered the spectrum. (Although even darker skin is susceptible to melanoma, so let’s all keep some SPF in the mix.) I could have dug deeper to find sources with advice on hairstyles specific to Black men.

Also read: How To Plan The Perfect Weekend Away

Work Advice: Is it legal to deny a promotion to someone wearing a beard?

I’m sharing this mea culpa as a segue to a broader issue: dress codes. Specifically, how to accommodate and respect the traditions and mores of a diverse group when setting a common standard for workplace attire.

The Missouri House of Representatives recently considered updating its dress code to require female lawmakers to wear “business attire, including jackets” on the floor and lower gallery of the House. Previously, the code required only “a blazer or sweater” with a dress, skirt, or slacks.

On paper, the change looks innocuous, and more in line with the existing rule for men: “business attire, including coat, tie, dress trousers, and dress shoes or boots.” But context matters.

The proposal generated backlash for exclusively targeting women and the extent to which they cover themselves. You may recall a similar uproar in the U.S. Congress in 2017 when congresswomen successfully fought for their right to bear arms after House leadership tried to enforce a rule prohibiting female reporters and lawmakers from appearing in sleeveless attire.

Then and now, attempts to impose and enforce restrictions on how women present themselves tend to spark concerns that more consequential restrictions on women are in the works. Given the national political atmosphere in 2017 and the present fight for birth control and abortion rights, that sensitivity is not unreasonable.

For the record, I’m indifferent to bare shoulders at work, especially in hot swampy summer locales. I just favor blazers because I work in a world where (1) squared-off shoulders convey authority and (2) the thermostat is too freaking low.

Although the Missouri lawmaker who proposed the jacket rule, Rep. Ann Kelley (R), is a woman, that didn’t dissuade two of her female colleagues across the aisle from questioning her interpretation of appropriate business attire, calling her out for wearing a pink sequined top to work.

“So what is appropriate, and why do you get to decide?” Rep. Ashley Aune (D) demanded to know. It’s an excellent two-part question for any group trying to set standards for workplace attire: What is “appropriate?” And who gets to make that call?

There’s a difference between dressing for a setting and dressing for effect. Some years ago, a style coach kindly but firmly advised me that my flared pant legs, cardigans, and sparkly bohemian accessories — all perfectly appropriate in my office — did not give the vibe of a polished professional. Workers hoping to get ahead in any industry have to make the same distinction between merely dressing for their settings and going beyond to achieve a desired effect: to win confidence, look authoritative and project “executive presence.

Also read: Goldman Sachs Slashing As Many As 3,200 Jobs

Employers and legislative leaders have the right to set dress codes to establish group coherence and identity. But they get into trouble when they design rules that focus too heavily on effects that have little to do with the requirements of the setting — for example, trying to make female employees girlier or less distracting to some people, or forbidding certain hairstyles or garb that doesn’t “fit the culture.” (Read: Match the race, gender, or societal background of the ones writing the rules.)

In some settings, everyone has to project the same effect for safety or efficiency, or branding reasons. Strict conformity quells confusion and keeps everyone focused on the work. That’s the principle behind uniforms and codes where the rules are downright Levitical: no denim, no visible tattoos, no jewelry, no exposed flesh from shoulder to the elbow. If maintaining a particular effect is important to the business, the rules need to be transparent about that, instead of relying on vague terms like “appropriate” and “professional,” which are open to individual interpretation.

But in most workplaces, public or private, the purpose of the dress code is simply to establish a minimum collective standard that still allows for a diversity of expression, beliefs, and needs. Smart rule-makers will consider the effect on people covered by those rules, solicit general input to make the wording detailed and inclusive — ideally before laying down accidental land mines — and enforce the rules consistently.

Ultimately, although the Missouri House adopted the jacket rule, it did concede a dissenting lawmaker’s point, adding cardigans as a less expensive, more adaptable option.

Incidentally, Missouri legislators are at least consistent in enforcing their vaguely worded standards regardless of party or sex. Just last year, a state senator who appeared on the floor in overalls — something not prohibited by any written rule — was stripped of his committee assignments by the leadership of his party. When you dress for effect, sometimes the effect is not the one you expect.