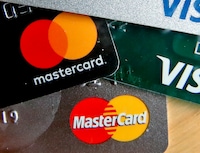 I will always be a fan of making New Year’s resolutions. Pass or fail, at least you’re trying to develop better habits or kick bad ones to the curb.

In fact, 7 in 10 U.S. adults said they would probably set goals for themselves at the start of the new year, according to a Gallup poll taken at the end of 2022.

Interestingly, goal-setting is more common among younger Americans, Gallup found. Seventy-nine percent of adults 18 to 34 say they are likely to create resolutions for 2023, versus 62 percent of those 55 and older.

Most Americans said they will focus on improving their health or fitness in 2023, and about half will do the same for their finances, Gallup found.

If you haven’t set financial resolutions yet, let me help you. Here are seven money habits you should ditch this year.

Pick a New Year’s nudge word instead of a resolution

1. FOMO on crypto. Here’s hoping that in 2023 the fear of missing out on cryptocurrency is squashed. And there were plenty of examples in 2022 of how risky your crypto purchase can be. Several large crypto companies collapsed last year. Sam Bankman-Fried, the former CEO of FTX, one of the world’s largest cryptocurrency exchanges, was charged with criminal fraud.

Federal bank regulatory agencies issued a joint statement this week highlighting crypto risks for banking organizations. There’s no federal insurance covering crypto exchange failures. “Events of the past year have been marked by significant volatility and the exposure of vulnerabilities in the crypto-asset sector,” the regulators said.

Crypto is very speculative, which can be financially disastrous for unsophisticated investors.

Opinion: Why the crypto bubble has finally imploded

2. Carrying credit card debt. The average credit card interest rate at the end of 2022 was 19.77 percent, according to CreditCards.com.

Credit card debt is going to get more expensive in 2023 as a result of the Federal Reserve’s mission to fight inflation. The Fed noted that inflation, although coming down, is still “unacceptably high,” which is likely to lead to more rate hikes throughout 2023.

As a result of Fed action, average credit card interest rates are all but certain to keep climbing in the new year, according to Ted Rossman, senior industry analyst for Bankrate and CreditCards.com.

3. Getting a tax refund. The average tax refund was $3,253, up by 13.6 percent year over year, according to the latest figures from the IRS on the 2022 filing season. Many people love getting what they consider a windfall or a forced savings plan. But with inflation cutting into your pay, it’s better to get your money during the year, especially if you have revolving high-interest credit card debt. Here’s another reason to change your withholdings now.

When you purposefully get a refund, you are lending the federal government your money interest-free. When savings rates were super low, the financial loss wasn’t that large. The highest FDIC-insured liquid savings account currently yields just over 4 percent annually, Rossman points out.

To serial refund proponents, I understand that you may struggle to manage your money. Yet, as I’ve said before, just because something has worked for you in the past doesn’t mean you shouldn’t reexamine its effectiveness.

If you’re carrying debt on a credit card with a 20 percent interest rate, waiting to get a lump-sum tax refund to pay it down is costing you money. And that’s bad money management.

4. Eating out too much. In 2021, the typical household spent $3,030 a year on food away from home, according to the Bureau of Labor Statistics (BLS).

Here’s a way to startle you into eating out less. Total up all the money you spent eating out last year. When I challenged one family to do this for a month, they found they had spent $1,500.

Realistically, you probably will continue to eat out, but set a goal this year to significantly reduce what you spend eating out. Just think about what you could do with that money — build an emergency fund, pay off debt or boost your retirement savings.

5 easy steps to be healthier in the new year

5. Autopilot bill paying. Automating your payments is a great way to avoid racking up late fees. But inertia can set in, and you end up paying for subscriptions you don’t use. The monthly price may seem affordable at $4.99. But multiple services can add up.

The BLS found that Americans spent an average of $574.75 a year on “cable and satellite television services” in 2021.

For a month, keep a log of what you read, listen to or watch on television or your mobile device. If you’re watching just one or two programs on a streaming service, it might not be worth the money.

Generally, having autopay is a good idea, but not if you set it and forget it, racking up monthly fees for services you no longer use or need.

6. Fear of repair costs. Understandably, you’re concerned about the cost of fixing your car or replacing faulty appliances. But that fear can drive you to buy an expensive extended warranty plan you don’t need or will have difficulty using.

As Consumer Reports repeatedly warns, many extended auto-warranty policies are a bad deal. A review by Consumers’ Checkbook of home warranty plans found they rarely are worth the price or hassle.

You are often better off saving the money you need to repair your car or fix appliances. Start now building expected repair costs into your budget.

Some health conditions are preventable. Poor diet choices have contributed to the high prevalence of obesity of in the United States — 41.9 percent of adults — putting them at an increased risk for many serious health conditions, such as heart disease, stroke and Type 2 diabetes.

Over 1 million Americans with diabetes rationed insulin in past year

“The cost of managing diabetes can be unsustainable,” according to the American Diabetes Association, which points out that the price of the four most popular types of insulin has tripled in the past decade.

One of my New Year’s resolutions is to improve the quality of my diet.

Eating right and exercising regularly is good for your health — and your finances.