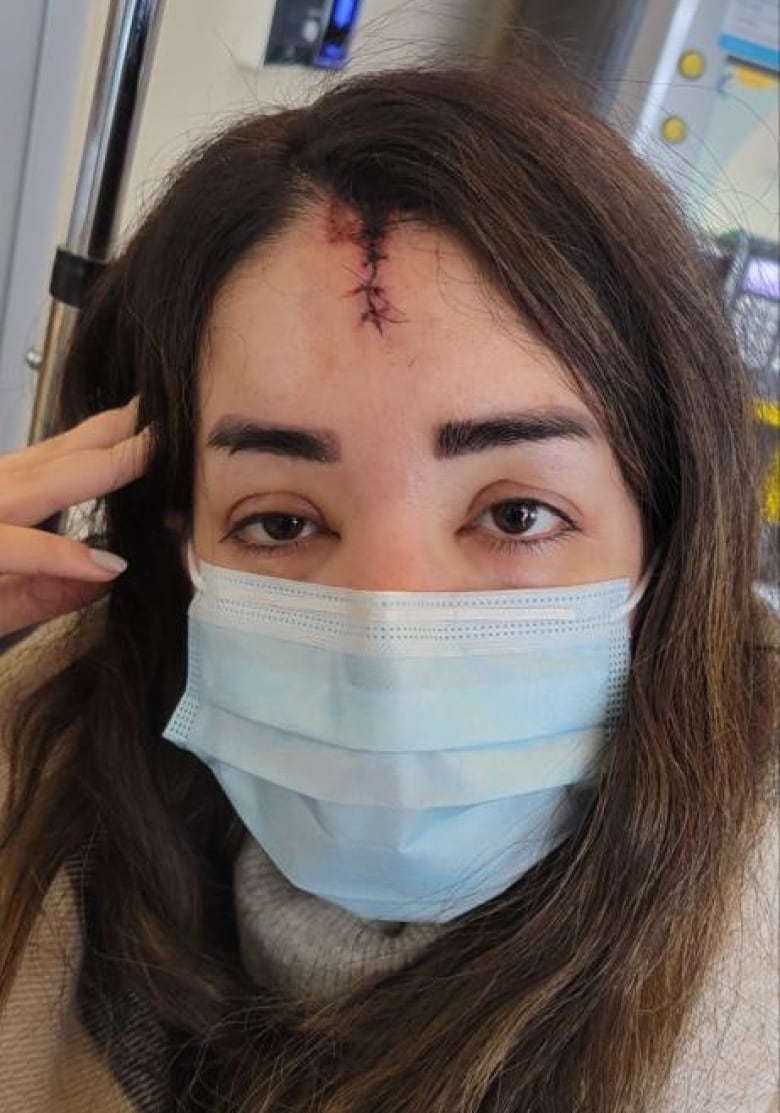 The former boyfriend of Elnaz Hajtamiri hired a private investigator to keep tabs on her location in the days and weeks before she was violently abducted from Wasaga Beach, Ont., on Jan. 12, CBC News has learned.

One of the sources said investigators with the firm conducted surveillance on Jan. 10 and 11 outside the Wasaga Beach home where Hajtamiri was staying with relatives. An investigator, however, was called off on the morning of Jan. 12, the source says — the same day three men dressed in police gear forced their way into the house and abducted the 37-year-old Iranian immigrant.

She hasn’t been seen or heard from since.

CBC News is not identifying the sources, because they weren’t authorized to speak publicly about an open police investigation.

The revelations come as Ontario Provincial Police (OPP) continue to investigate Hajtamiri’s abduction. No charges have been laid.

Lilo and Hajtamiri were in a romantic relationship that ended in October 2021.

Nine days after his ex-girlfriend’s abduction, Lilo was charged with criminally harassing her. His lawyer, Philippe Grenier, declined to respond to the allegations against his client contained in this story; when reached by phone, he said the matter is before the courts. He didn’t respond to a detailed list of questions sent by email.

CBC News attempted to contact Lilo himself on social media and at a phone number listed on his bail documents. Lilo didn’t respond to the social media message, and the person who answered the phone said they didn’t know him.

Gabriel Cojocaru, owner of Investigations Plus Ltd., confirmed to CBC News in a telephone interview that Lilo hired his firm sometime around Dec. 6 or 9, asking him to find Hajtamiri and then watch her movements.

Cojocaru said Lilo provided the addresses of her Richmond Hill condo building and the Wasaga Beach home on Trailwood Place.

Hajtamiri went to stay with family members in Wasaga Beach because she feared for her safety after she was beaten by two men with a frying pan in the underground parking garage of her condo on Dec. 20. The attack left her with a head wound that required around 40 stitches, her cousin told CBC News.

Sources tell CBC News Lilo had been to Hajtamiri’s Richmond Hill residence many times and was also familiar with the Wasaga Beach home, having stayed there at least one night when the couple were dating.

Cojocaru said he conducted surveillance at both the Richmond Hill condo and later the Wasaga Beach home for “a couple of days before she was kidnapped.”

Around 8:30 p.m. on Jan. 12, three men forced their way into the Wasaga Beach home, grabbed Hajtamiri and dragged her barefoot through the snow into what OPP investigators believe was a white Lexus RX SUV.

OPP have yet to name any suspects or charge anyone with the abduction. OPP spokesperson Bill Dickson declined to comment on the private investigator issue.

Cojocaru said he had a private investigator watching the home on the day of the abduction, but said the man left his shift by 6 p.m. — two-and-a-half hours before the abduction — because he is diabetic and went to get food and take his insulin shot.

One source who was not authorized to speak told CBC News that another surveillance expert contracted by Investigations Plus who had worked previous night shifts was called off that morning.

When asked about the fact that no one was watching the home at the time of the abduction, Cojocaru said it was coincidence. He said no one had specifically asked him to remove surveillance.

When Lilo first contacted Investigations Plus in early December, Cojocaru said he claimed to be Hajtamiri’s ex-boyfriend, said he was a lawyer from Montreal and gave the name “Nazar,” although Cojocaru said he learned Lilo’s real name after doing his own research.

CBC News confirmed Nazar is Lilo’s middle name by cross-referencing his name and birthdate on court documents with those on financial documents found in a Quebec lien search.

Cojocaru said Lilo initially claimed that Hajtamiri had stolen $100,000 from him, and he wanted to find her to serve her with court papers.

But Lilo’s story later changed, Cojocaru said, and he claimed that his brother had been shot. At that time, Lilo intimated that Hajtamiri may have been involved in the shooting and that she was dangerous, the owner of the private investigations firm said.

Cojocaru said his job was to keep an eye on Hajtamiri and let Lilo know if she travelled toward Montreal so he could call the police.

“He sounded over the phone [like] he was worried about his safety and stuff like that,” Cojocaru said. “I didn’t suspect anything.”

It’s legal in Ontario for a licensed private investigator to conduct surveillance on an individual within a public setting at any time of day or night, including gathering photos or video footage of a person, without their consent.

The surveillance must be conducted from public property or from private property where the public has implied access, such as a shopping mall or grocery store, and investigators can’t violate any municipal, provincial or federal laws.

Cojocaru said that he and his investigators didn’t do anything other than watch Hajtamiri and that he was unaware of any link to criminal activity.

He said he was blindsided when he found out that she had been abducted.

“When I heard the story, like, I didn’t feel good at all. Like, I was very depressed and very upset about the whole thing, because we don’t associate criminals. I don’t support criminals,” said Cojocaru. “I hope and I wish and I pray that this girl, she’s alive.”

Cojocaru said he has co-operated with police and told them everything he knows.

Almost two weeks ago, the lead detective in the abduction case and Hajtamiri’s mother pleaded for information about her whereabouts during a news conference. Police said at the time that investigators have not been able to discern any motive for the abduction, and no ransom demand has been received.

CBC News previously reported that Lilo was taken into custody on Jan. 21 and charged with criminal harassment of Hajtamiri. The alleged harassment occurred in the weeks leading up to her abduction.

Lilo was released on bail after two people who appear to be his family agreed to act as sureties, pledging to pay $5,000 each if he doesn’t comply with his bail conditions. One of those conditions is to not have any contact with Cojocaru — whose last name was spelled “Cogocaru” on the release order.

The harassment charge has not yet been tested in court.

Hajtamiri’s family say the woman believed she was being watched in the time before her disappearance. A cousin told CBC News that two tracking devices had been found underneath Hajtamiri’s Lexus by workers at a dealership when she brought it in for service.

CBC News has not been able to confirm details on the trackers, but has independently confirmed the missing woman’s car was serviced around the time of the attack.

Cojocaru said he and his investigators only observed Hajtamiri from a distance.

On April 14, York Regional Police (YRP) announced that a 23-year-old Mississauga man named Riyasat Singh had been arrested and a Canada-wide warrant had been issued for a 23-year-old Brampton man named Harshdeep Binner for their alleged involvement in assaulting Hajtamiri in Richmond Hill in December.

YRP said Singh was arrested on April 13 and charged with attempted murder, attempted kidnapping, possession of property obtained by crime over $5,000 and mischief under $5,000.

Police are now searching for Binner, who was arrested in Edmonton in March — along with two other Ontario men for the theft of dozens of Ford F-150 pickup trucks in that city. A spokesperson for Edmonton police told CBC News the courts had released Binner pending a future court date.