With uptick in COVID-19 cases, Quebec could be forced to choose between schools and bars 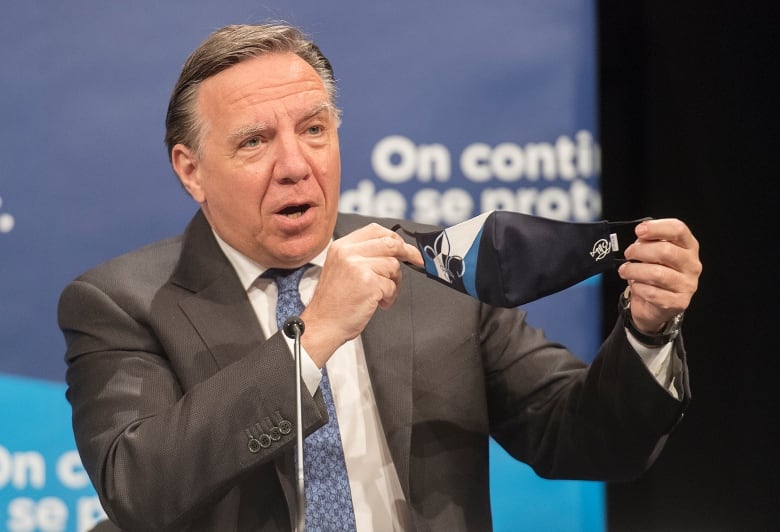 When Premier François Legault announced Monday that masks will soon be mandatory across Quebec, he also confirmed that the province is witnessing a slight increase in the number of reported cases of COVID-19.

After having dropped almost steadily since mid-May, the five-day rolling average of new cases began to rise in late June. Quebec is now registering about 100 new cases per day.

While that’s far from the peak of around 1,000 new cases per day the province saw two months ago, public health officials are nevertheless concerned.

At Monday’s news conference in Montreal, Legault pointed out that unlike at the height of the first wave, the new cases are turning up almost entirely in the general population, as opposed to in long-term care homes.

The increase has coincided with the reopening of bars and nightclubs in the Montreal area. Health officials in the city have linked nine bars to about a dozen cases.

In a buzzkill worse than Sunday morning, the officials are now asking everyone who’s been to a Montreal bar in the past month to get tested.

With the number of new cases headed in the wrong direction, Legault’s announcement that, starting Saturday, masks will be mandatory in enclosed public spaces — like stores, bars and restaurants — came as little surprise.

The reaction from infectious disease specialists, who’ve been calling for the measure for weeks, was closer to relief.

That new provincewide mask rule (Montreal already announced its own) is part of a series of restrictions Quebec has been forced to introduce since it began lifting the lockdown.

Last week, it added more rules for bars to follow if they want to stay open, including an earlier last call and serving even fewer clients at a time.

Bar owners, obviously, aren’t thrilled. They’re only just getting used to being open again, and already the government is adding burdens to their business.

But the science is against them.

“Bars are enclosed spaces, and that’s where the risk of transmission is highest,” said Benoît Mâsse, an epidemiologist at the Université de Montréal.

“[Drinking in a bar] is a type of activity that is riskiest in terms of propagating the virus.”

Which raises the question of why bars and nightclubs were allowed to reopen in the first place, especially given Montreal has been the Canadian epicentre of the pandemic.

There are widespread concerns — not just in Quebec but across North America — that elected officials have jeopardized the return of children to classrooms this fall by seeking to salvage a nightlife in the summer.

On social media, this concern has been given the pithy hashtag #schoolsbeforebars.

The argument, stated roughly, is that as major drivers of transmission, bars, nightclubs and parties could cause a big enough spike in COVID-19 cases to warrant keeping schools closed even longer.

Doing so would entail significant social costs that must be considered alongside the loss of revenues to bar owners.

In a widely read op-ed published in the Globe and Mail this month, gender equality consultant Lauren Dobson-Hughes noted it is women and lower-income children who will likely bear the burden if schools are forced to stay closed.

“The lack of affordable child care, especially for low-income and racialized families, was already unsustainable,” she wrote.

“It is now a crisis for many. We must make the safe return to school a political and national priority.”

In Quebec, only elementary school children outside the greater Montreal area were able to return to classrooms this spring.

Summer day camps, moreover, have had to reduce their offerings because of staffing shortages and space constraints, further complicating child care for parents.

WATCH | 2 pandemics tell the story of the role women play in times of crisis:

Women played an important role during the 1918 influenza pandemic. What can be learned from a century ago as we face a pandemic that hits women harder in Canada? 4:27

As it stands, Quebec’s plan is to have children return to classrooms in the fall, though with several restrictions.

Education Minister Jean-François Roberge, for instance, has warned that students in Grades 10 and 11 may have to do some of their schooling online if the public health situation worsens.

The recent uptick in cases has reinforced just how delicate the situation is in Quebec, and in Montreal in particular.

If the current trend continues, pressure will mount quickly on Legault to sacrifice the livelihoods of some business owners in order to protect not only a generation of young minds, but the province’s hard-won gains for gender equality as well.