With overnight camp cancelled in Ontario, the industry fears day camps could be next 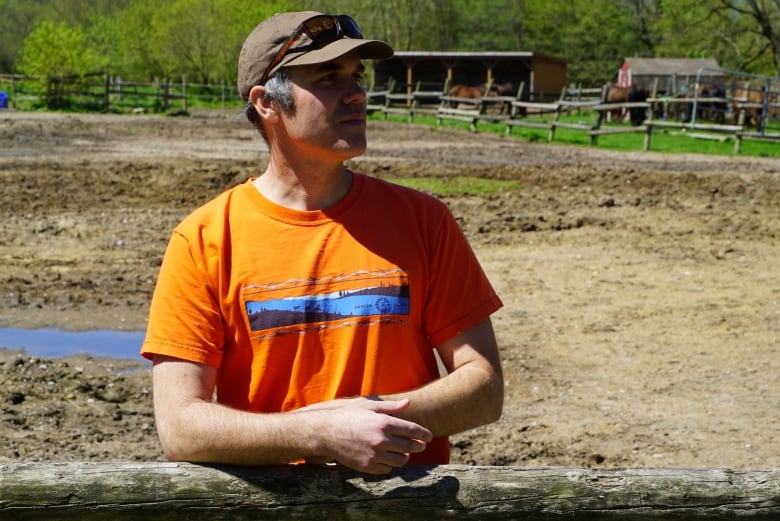 Who would have imagined “10 for two,” the unspoken summer camp bargain between parents and children, would be broken by Premier Doug Ford, the guy who brought us “buck-a-beer?”

Rachel Hawkins certainly didn’t. The 29-year-old had been camping at Circle R Ranch every summer since she was six and moved up the ranks from camper, to counsellor, and now camp director. She knows the pact well: parents encouraging kids to slog through 10 months of school and adult-imposed rules in exchange for two months of freedom.

This was supposed to be her summer. It’s why Tuesday’s announcement that overnight camps in Ontario would be cancelled because of the pandemic was so disappointing.

“I think my heart skipped a beat and I just held my breath of ‘oh my god, they’re going to announce’ and sure enough, when he said it wasn’t happening it was just a flurry of emotions,” she said.

Since then, counsellors, campers, parents and hundreds of family-run businesses are all trying to come to grips with the possibility that the 2020 summer camping season may not happen, turning the summers of 400,000 Ontario children upside down.

A technology-free break when it’s needed most

It comes at a time when those kids could use a break from being stuck at home for the last two months of lockdown, often spending too much time in front of a screen, either in virtual class, chatting with friends online, or long stretches of video games or television as mom and dad work from home.

What better way to break free from the rule-focused constraints of our “new normal” than a technology-free summer? Swimming in the lake during the heat of the day, roasting marshmallows by a smokey campfire at night, all the while learning and making new friends under the watchful eyes of teenagers.

“To think they will just not have that opportunity is heartbreaking in a word,” said Nigel Tracy, general manager of Circle R Ranch in London, Ont., a camp has been offering horseback riding and sleepaway camps on the city’s outer rim to generations of children since 1955.

This will be the first summer in 65 years the family-run business may not have a camping season.

“The summer is our main season. It is the majority of our revenue for our operating costs for year round and that’s still up in the air for this year,” he said.

One of the main worries at Circle R Ranch is cost. The family-run business is taking advantage of some of the assistance offered by the federal government during the pandemic, but it doesn’t cover everything.

Maintenance is still required for the sprawling property and buildings on the city’s western rim and the camp has 50 horses, one of the largest herds in Ontario. Feeding them costs $200 a day and while Circle R will refund families their money, they’re also asking that they consider making a donation to help keep the lights on.

“We’re really just in the beginning stages of the process, so we don’t know exactly what people are willing to do. We’ve had lots of just wonderful sentiments, emails, phone calls, discussions with camper families about the what-ifs. We know them all so well, they’re all devastated,” Tracy said.

It’s not just campers, it’s counsellors too. The Ontario Camps Association (OCA) said the 450 camps it represents across the province employ more than 35,000 young adults each year to lead activities and teach kids new skills.

This is their first job. The void that this is leaving in their lives and what they are looking forward to,” said Howie Grosslinger, a board member with the OCA. and the owner of two Ontario camps.

“It’s devastating to think of the ripple effect.”

Grosslinger said if Ontario decides to cancel day camps, along with overnight camps, it will not only put thousands of teenagers out of work, it will cut off the income of hundreds of family-run businesses and the small towns and rural areas who in turn depend on them for income.

“We collect fees, we often spend money throughout the year for site enhancements, paying utilities, keeping the properties up to speed,” he said. “A lot of the money we take in over spring funds our in-camp, in-summer operations. To think we’ll go a full year without this, there may be camps that won’t be on the landscape in the future.”

“This definitely has the potential to decimate an industry. There’s no two ways about it.”

What day camp could look like in the ‘new normal’

It’s why the camping industry is looking at models for a summer day camp in a post-pandemic world, where contact points would be kept to a minimum. Small groups and close quarters activities would be modified to increase physical distancing and reduce the potential spread of the coronavirus.

It means no camp bus, no swimming in the lake, no hugging old friends, no capture-the-flag or camp-wide games, no campfire sing-a-longs, no roasting marshmallows, counsellors wouldn’t even be able to help their youngest campers put on sunscreen.

Instead, campers in gloves and masks would be screened for coronavirus on arrival through temperature checks and then organized in small groups of six or less.

“Those are are all super important considerations when we consider whether camp will look anything like what people had signed up for,” he said.

Whether parents even feel safe enough to send their children remains to be seen, but until health authorities decide whether day camp can go ahead in the province, campgrounds will be left in a state of limbo.