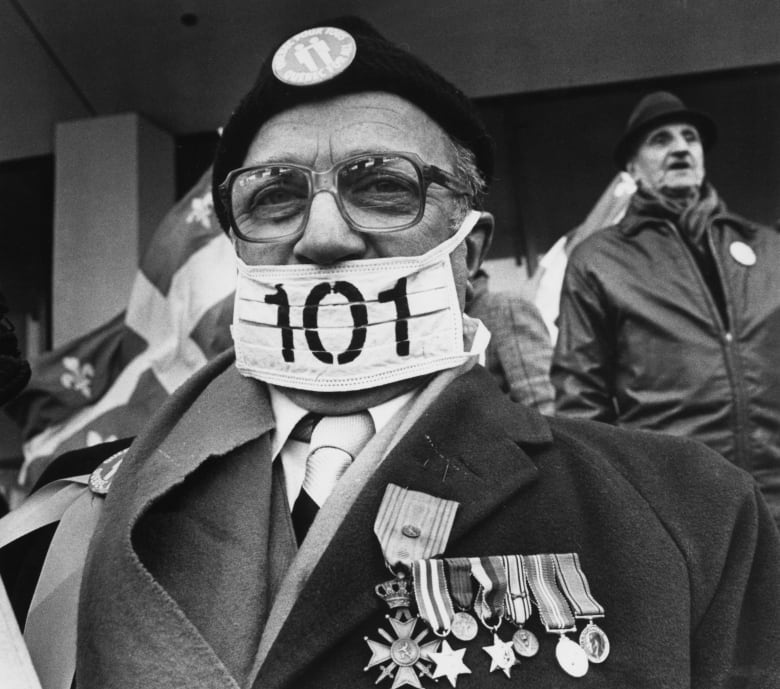 The Charter of the French Language, better known as Bill 101, had a difficult birth. Its childhood and adolescence were equally tumultuous, and even early adulthood was no walk in the park.

Passed by the first Parti Québécois in 1977, it set limits, among other things, on who could attend English school in Quebec and how much English could appear on store signs (initially, none).

The law was a shock to anglophones in the province. It contributed to a mass exodus; sparked legal challenges; brought people into the streets.

When the odd scandal did erupt, like when an Italian restaurant was scolded for not translating the word pasta into French, they seemed almost quaint, a chance to remember the bad old days, when tempers really flared.

More importantly, there was tangible evidence that Bill 101 was succeeding in protecting the French language.

In 1976, only eight per cent of Quebec anglophones went to school in French; now nearly 30 per cent do.

Before Bill 101, immigrants were more likely to speak English at home. Its schooling provisions helped change that. Nearly 95 per cent of the province can now carry on a conversation in French.

But recently, Bill 101 has started to look older than its 44 years.

Increasing numbers of francophones study at English CEGEPs. Studies suggested French is being used less in the workplace, and there is some evidence that French service in Montreal stores can be haphazard — consequences perhaps of a world that is globalizing largely in English.

So there emerged a consensus among political parties in Quebec that Bill 101 needed a makeover, a stronger regimen.

And after months of anticipation, Premier François Legault revealed Thursday a vast piece of legislation aimed at bolstering the province’s language laws.

WATCH | Quebec’s Minister Responsible for the French Language explains his reform of Bill 101:

Simon Jolin-Barrette is Quebec’s minister responsible for the French language 5:55

It proposes a dizzying array of changes to schools, businesses, courts, municipal governments and, yes, even the Canadian Constitution.

The complexity of the bill has meant that reaction so far has been timid, and qualified by the desire to study it further.

As that reaction begins to roll in, Legault will be faced with a choice — either building on Quebec’s hard-fought linguistic consensus or pursuing narrower, more partisan gain.

What the early reviews say

The early reviews from Quebec City on Thursday were relatively positive, all things considered.

None of the opposition parties in Quebec got everything they wanted, but each found in the bill’s 100-pages at least a few measures they endorsed.

The bill, for instance, includes Liberal MNA Gregory Kelley’s idea of free French lessons for anyone who wants to learn. Québec Solidaire applauded steps to make it easier for immigrants to learn French, a long-standing demand of theirs. And the Parti Québécois could finally get to see language laws applied to businesses of between 25 and 49 workers.

They all signalled their openness to working with the government, and expressed hope that spirit of collaboration would be returned in kind.

There are, however, a number of areas where friction could arise.

First, the personalities involved. The bill is being shepherded by Justice Minister Simon Jolin-Barrette, best remembered for having bulldozed the contentious secularism law, Bill 21, through the National Assembly in 2019.

He was also responsible for a botched immigration reform, for which he was pilloried in Quebec media as a soulless automaton.

“Simon Jolin-Barrette can be very divisive, and we want to make sure that, on this project, we all work together,” Liberal Leader Dominique Anglade said Thursday.

Second, the bill invokes the notwithstanding clause of Canada’s Charter of Rights and Freedoms in the same novel manner that it’s used in Bill 21. The clause is invoked preemptively, and would shield the law from being struck down on grounds that it violates fundamental, legal or equality rights.

Last month, a Quebec Superior Court judge took Legault to task for using the clause in this way, warning it set a dangerous precedent. Legault, clearly, was unmoved by that argument.

But as it did with Bill 21, using the notwithstanding clause creates unease for both the Liberals and Québec Solidaire, who remain unconvinced that sacrificing individual rights is necessary for protecting French.

Ruba Ghazal, the Québec Solidaire language critic, said the clause looked like a sop to hardline nationalists: “It’s a way of saying we’re more Catholic than the pope.”

And finally there is the matter of altering, unilaterally, the Canadian Constitution, to include a section declaring that Quebec is a “nation” and its common language is French.

This proposal was met with nervous silence in Ottawa. Conservative Leader Erin O’Toole ducked questions about it and Official Languages Minister Mélanie Joly opted for the line that she was taking time to study the bill closely.

The mechanism Quebec wants to use to change the Constitution appears to be untested. It was a surprise inclusion in the bill and no one was really sure what it would mean, according to three constitutional experts interviewed by Radio-Canada.

Previous attempts at altering the Constitution were sufficiently traumatic for all parties involved; leaders in Quebec and Ottawa will likely tread warily on this one.

Legault, of course, doesn’t strictly need the opposition’s support. His party has a sizeable majority, and is popular enough in the polls that he could afford to go it alone.

Indeed, some of that popularity is likely due to the bellicose approach he takes toward critics of Bill 21.

But the lesson of Bill 101, in contrast, is that protecting the French language requires a broader consensus.

The PQ can rightly boast of having passed the French-language charter, but there are few Quebecers now who don’t feel some sense of ownership in its overarching goals.

A similar sense of collective ownership is possible with the latest reforms to Quebec’s language laws, as long as Legault can resist the temptations of short-term partisan gain.