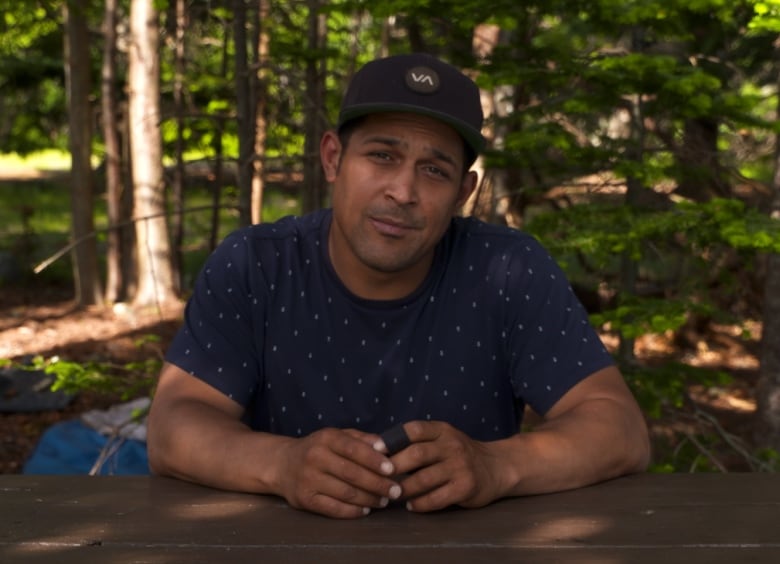 It took hundreds of messages to landlords, a groundswell of support from a community of dog lovers, and stints in the Gathering Place, a hotel, and multiple campsites.

But after searching since last December, Tremaine “Trey” Clarke and his trusty dog, Buddy, have finally landed a new apartment.

Clarke said he was ecstatic when he heard the news this week.

“I was jumping up and down—I felt like John Travolta, dancing all over the place,” said Clarke. “It’s been so long waiting for this.”

Since May, Clarke had been living in a tent at the Pippy Park campground in St. John’s. And he isn’t the only person experiencing housing precariousness who’s taken up residence in the park. CBC News is aware of three other individuals staying at the campground while either searching for a place to rent, or while waiting for a rental to become available.

But since camping at Pippy Park costs about as much as renting an apartment, the campground is an unlikely site for a future tent city. Clarke said his semi-serviced lot, which includes shower access and electricity, costs $995 a month.

And the main reason Clarke was able to pay those fees, tend to Buddy’s needs and ultimately find an apartment?

The collective kindness of about 7,000 dog lovers in the “Snowdogs of Newfoundland and Labrador, Canada” Facebook group — especially the kindness of that group’s founder and moderator, Heather Gordon.

“I’m always checking in on him because I keep calling Trey my adopted nephew,” Gordon said.

The two met last fall, when the Snowdogs group began helping Clarke cover vet bills and medications for Buddy. Clarke said he’d recently suffered an injury from a car accident, and he’d started searching for apartments while staying at the Gathering Place shelter.

WATCH | Tremaine “Trey” Clarke describes what it was like living in a tent, and then moving into an apartment: 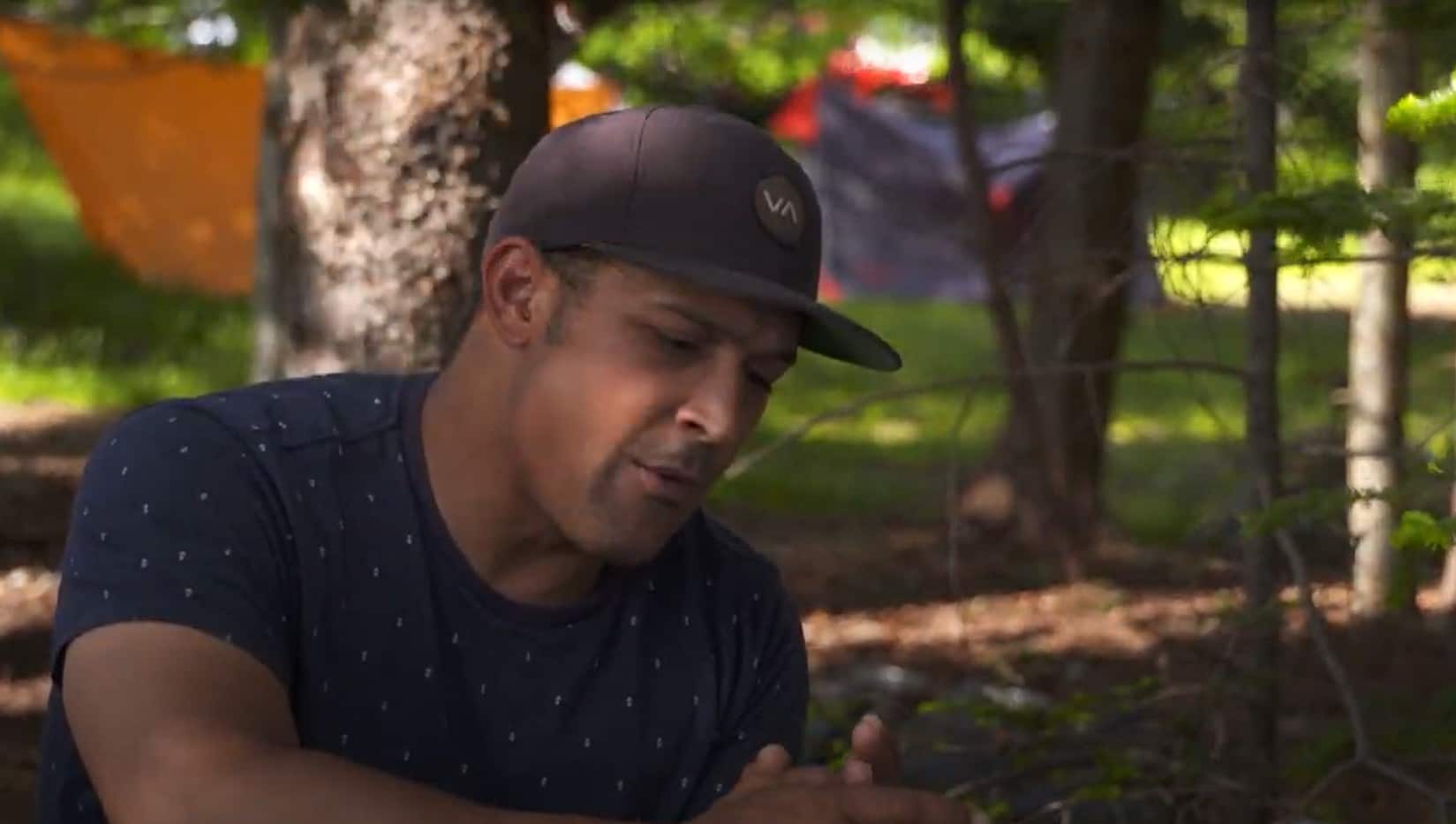 He was living in a park. Some community support put him in an apartment

Tremaine “Trey” Clarke describes how he went from living in a tent in Pippy Park in St. John’s to an apartment to call his own.

But Clarke found life at the Gathering Place challenging, especially due to alleged drug use by the shelter’s clients.

“With the highs and lows of everybody in there, it was kind of difficult,” said Clarke.

Paul Davis, the executive director of the Gathering Place, said in an interview that the shelter provides a low-barrier service, meaning that people actively using substances are welcome at the centre.

“We ask people not to use in the space, and when that’s found or detected they’re asked to stop,” Davis said. “We ask them to leave, we advise them they can’t stay here to use and so on, but sometimes it does happen and we acknowledge it.”

After an altercation at the centre, Clarke said he and his ex-partner were restricted from returning to the Gathering Place for two and a half weeks. But by that point, they’d had enough. In April, as their search for housing continued, Clarke and his ex-partner decided to pitch a tent in Quidi Vidi.

“It [was] so much safer. It’s better for our mental health and whatnot,” said Clarke.

That month, Gordon was shocked when she checked in on Clarke. She’d thought he was still at the Gathering Place. But the video Clarke sent Gordon told a different story.

“I was looking [at the video] and I noticed there was one thin blanket underneath Trey and one sleeping bag on him. And he had his coat next to him, and he had Buddy wrapped up in the coat, and he was shaking and Buddy was shaking,” Gordon remembers.

At the time, Gordon said, she couldn’t wrap her head around the situation.

“It was snowing out. And I was like, ‘There’s no way possible that somebody has to live like this,'” Gordon said. “So I put it on the [Snowdogs] group. And I’d say within a day and a half, we had enough money to pay for a week at the Fairfield Inn on Kenmount Road.”

That first week at the hotel quickly turned into two, when a second Facebook group of dog lovers — this time, based in Nova Scotia — offered to pay a second week of bills. And all through Clarke’s hotel stay, Gordon said Snowdogs members kept dropping by with dog food, home-cooked meals and other necessities.

But behind the scenes, Gordon was fretting about what to do next.

“Obviously it was costing a lot of money to keep him at the hotel,” she said. “And I was trying to wrap my head around, like, where could we put this person so that he can be safe and be okay?”

Then, it hit her: Pippy Park. Again, the Snowdogs fundraised to cover Clarke’s fees and dropped off necessities for Clarke — a tarp, a Coleman stove, a cooling pad for Buddy. Gordon kept the Snowdogs group informed about how Clarke and Buddy were doing. And in the meantime, Gordon and Clarke continued firing off hundreds of messages to landlords.

Like many people looking for housing in St. John’s these days, Gordon and Clarke both felt they were getting nowhere.

But eventually, a ray of housing hope came to light — again, rising up from the supportive space of the Snowdogs group. A woman who’d been part of the group for years told Gordon she had an apartment, and offered to set up a viewing for Clarke.

Now Clarke’s fortunes have finally shifted. And, of course, Clarke is elated as well.

“Like I said, [Gordon’s] like an angel. The people in the group are phenomenal, too. I don’t know what I can do to ever repay her and the people back,” Clarke said.

‘There’s so many Treys out there’

Doug Pawson, executive director of End Homelessness St. John’s, said it isn’t unusual for residents of this province who rely on shelters to move outside for the summer.

“We’re not dealing with encampments like you see in other cities like Halifax or Toronto or Edmonton,” he said.

But Pawson said the recent scarcity of rental housing in the metro area, coupled with a marked increase in rental prices, is taking an additional toll on people who have a history of precarious housing.

“We’re still seeing people get housed who are experiencing homelessness and chronic homelessness,” he said. “But it does put a big pressure on the system when the supply of housing is that much further limited.”

Moving forward, Pawson said he’d like to see more targeted investments into affordable housing, along with a housing-focused shelter system. This kind of system, he said, would focus on helping people find housing right away, “so folks don’t have to spend months on end at a shelter.”

For his part, Clarke is full of gratitude for everyone who helped him and Buddy find a fresh start. And Gordon, who had never helped anyone experiencing homelessness before, said the last few months have been very rewarding.

But after messaging hundreds of landlords herself — and coming to grips with the current rental market — Gordon is concerned about where all this is leading.

“It’s been eye-opening, for sure.”