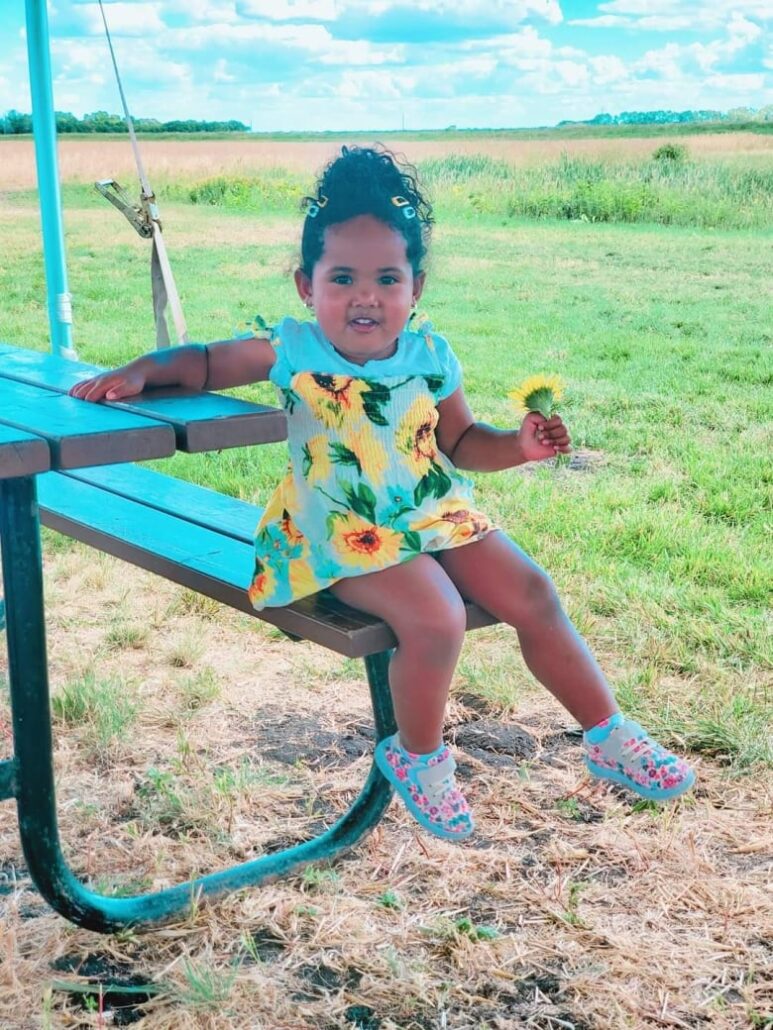 He came to Canada as a young man from a conflict-filled east African country and set his mind to successfully learning English and American Sign Language.

Frank Nausigimana soon became highly regarded at the Manitoba School for the Deaf for his “great disposition,” charity work and for holding the title of “student prime minister” for two straight years.

A pastor at Winnipeg’s Calvary Temple noted his twice-weekly attendance at services and leadership role with the church’s deaf community.

But today, Nausigimana, 28, is in a provincial lockup, accused of brutally killing his daughter, Jemimah, 3, in what police allege is a “horrific” case of first-degree murder.

The girl was fatally stabbed Wednesday morning, Winnipeg police said, after Nausigimana allegedly abducted her from her mother at knifepoint and drove off.

Officers found Nausigimana and the vehicle around Jefferson Avenue and King Edward Street soon after. Jemimah was inside suffering from stab wounds. She was rushed to hospital in critical condition and pronounced dead.

Nausigimana now faces the prospect of a life sentence without a chance of parole for 25 years if found guilty on the first-degree murder charge. He is presumed innocent and no trial dates have been set.

In January 2019, Nausigimana pleaded guilty to assaulting the mother of the girl in 2017. In an effort to force her to abort their then-unborn child, he tried to force her to ingest an unknown liquid he believed would trigger her to lose the fetus, the woman told court.

He was sentenced to a year of supervised probation.

A pre-sentencing report filed with the court at his sentencing hearing sheds light on Nausigimana’s personal background and feelings about the assault.

It paints a picture of a hard-working young man who met a number of challenges and lived a mostly upstanding life after immigrating to Canada from the Republic of Burundi in 2009.

But there was no remorse for assaulting the woman — a long-time friend — the probation officer who interviewed him noted after he pleaded guilty.

“It appears the subject takes minimal responsibility for his actions in this offence,” the officer said. “Despite this admission he did not communicate any form of regret for his criminal behaviour or compassion for the victim.”

While Nausigimana said he’d “never do it again,” he was equivocal about what he’d done, the officer suggested.

“He rationalized his criminal behaviour with feelings he was being lied to and had suspicions that the victim was not being honest with him about the pregnancy,” the report states.

“It was identified that the primary problem Mr. Nausigimana faces is his clear lack of consequences for his actions.”

The probation officer’s interview found that Nausigimana showed “a significant lack of remorse for criminal behaviour,” according to the report.

Nausigimana was resistant to the idea of serving a year of supervised probation as punishment for the assault, the report said.

“He stated ‘if it happens, it happens,'” the report said, but he made it clear he didn’t believe he was a “bad person and that he does not think that is something he deserves.”

Nausigimana told the officer he spoke with his father, a civil servant in Burundi, and mother in Ottawa every day, but refused to provide contact information for them.

Not long after coming to Winnipeg, Nausigimana wound up in foster care after his mother left the city.

His foster father told the probation officer he felt Nausigimana was a few years older than the age of 17 he was assigned upon immigrating.

“He also alleged that the woman that brought him into Canada might not have been his mother” and believed Nausigimana “was used as a ‘meal ticket’ due to his disability,” the report said.

Winnipeggers are reeling after a three-year-old girl was killed. Her father, Frank Nausigimana, is accused in her death. 1:57

At the time the report was written, Nausigimana was employed at a trucking company. His manager said he was a good employee but had some “attitude issues” he attributed to Nausigimana’s relative youth.

The officer ultimately rated Nausigimana as a low risk to reoffend based on results from a risk-assessment tool.

He recommended the judge impose conditions on Nausigimana including attending anger-management and domestic violence counselling to help with “engaging in impulse control going forward.”