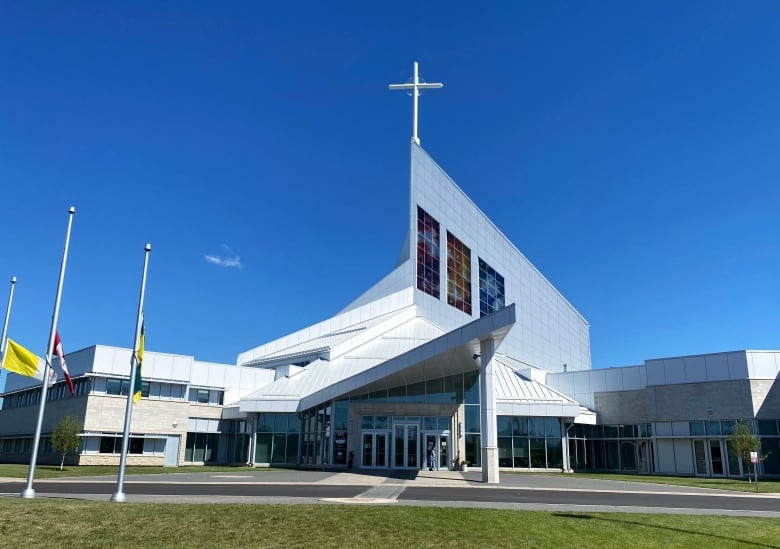 No one in the federal government is saying who made the final decision to relieve the Catholic Church of its financial responsibilities to residential school survivors.

But a source with direct knowledge of the controversial 2015 case told CBC News that then-minister of justice Jody Wilson-Raybould wasn’t consulted, even though a lawyer in her department signed the final release.

“This is stunning. It’s just unbelievable that the first Indigenous minister of justice was frozen out of a decision like this,” said Tom McMahon, a former general legal counsel for the Truth and Reconciliation Commission who also spent 17 years as a lawyer in the Department of Justice.

Mary Ellen Turpel-Lafond, director of the University of British Columbia’s Indian Residential School History and Dialogue Centre, said she was also alarmed to hear that Wilson-Raybould was left out of the loop.

“This was a critical file on one of the most important issues facing the country,” said Turpel-Lafond, a former Saskatchewan provincial court judge and member of the Muskeg Lake Cree Nation.

“Why didn’t they consult her? Were they worried she’d have a different opinion?”

In July 2015, Saskatchewan Court of Queen’s Bench Justice Neil Gabrielson ruled on a years-long dispute between the federal government and Catholic Church entities.

Under the landmark 2005 Indian Residential Schools Settlement Agreement (IRSSA), Catholic officials and their team of lawyers overseeing the deal had made three promises totalling $79 million.

They pledged to make “best efforts” to raise $25 million to benefit survivors; in the end, less than $4 million was raised. They promised to pay restitution amounting to $29 million in cash; that sum was not paid in total after the church spent millions of dollars on legal and administrative expenses.

And they committed to delivering $25 million worth of “in-kind” services as compensation to survivors; critics say some of that spending was designed to convert survivors, not to help them heal.

Less than a month later, on Aug. 14, 2015, the federal government filed an appeal. In a four-page document, provided this week to CBC News by the Saskatchewan Court of Appeal, a senior lawyer for the Department of Justice cited several reasons to dispute Gabrielson’s ruling.

The document says Gabrielson erred in assuming a deal had been reached, erred in assuming the federal lawyer on the file had the authority to approve the deal, and had made “palpable and overriding errors in his assessment of the facts.” The federal government asked that the July decision to be cancelled or “quashed.”

Six days later, on Nov. 10, another document was filed in the Saskatchewan Court of Appeal by a senior Department of Justice lawyer.

The “Notice of Abandonment” informed the court that the federal government’s position had changed. The appeal was withdrawn and the case was closed immediately. No reasons were given.

‘I can’t know who was made aware’: former deputy minister

Michael Wernick, who resigned in 2019 as clerk of the Privy Council and secretary to cabinet following allegations he and others pressured Wilson-Raybould on the SNC-Lavalin file, previously served as deputy minister in the department then known as Aboriginal Affairs and Northern Development.

In a series of email responses this week to CBC News, Wernick said he had nothing to do with the decision to abandon the appeal, and neither did cabinet or the Privy Council.

“I can’t know who was made aware at the time,” Wernick wrote.

Wernick said the decision may not have reached the ministerial level because it wasn’t seen as significant enough.

“… You are viewing it with the benefit and lens of hindsight where it looks bigger now six years later because of what we know now than it may have looked at the time in the context of a myriad of other matters and issues swirling around, especially in the hectic period of on-boarding a new government,” Wernick wrote.

“Which matters are brought to the attention of people at the top is always subject to judgment. Ministers are responsible to Parliament for their portfolio but can’t possibly know everything that is going on.”

‘It doesn’t add up’: Turpel-Lafond

“That tells you something. How could this not be seen as a major file? Do survivors think that?” McMahon said.

“You don’t vigorously appeal and then abandon it for no reason. What happened?”

She said the legal appeal process is now closed but she’s still calling for an independent review of the actions of both the federal government and the Catholic Church.

A senior Department of Justice official (CBC has agreed not to name the individual) said the minister should always be briefed on significant decisions such as this one. The official said the lawyer working on the file would send an “early warning brief” to the deputy minister and then the minister, usually within a matter of hours.

The official said it’s “inconceivable” that no one flagged this as a significant file. The decision to leave Wilson-Raybould out must have been deliberate, the official said.

Longtime NDP MP Charlie Angus has been asking these questions for years. In 2016, he wrote to Crown-Indigenous Relations Minister Carolyn Bennett about the decision to absolve the Catholic Church of its responsibilities.

“The Catholic Church got their way with the courts, crying poor. No one has been given a sense of why they were allowed to walk away,” Angus said.

Angus said the timing of the appeal’s abandonment is suspicious.

“Trudeau appoints a cabinet. The government drops the appeal. There had to be discussion about what to do with the Catholic Church, and they let them walk. I’ve asked for answers and I’ve had none,” he said.

“Who was it that let the Catholic Church walk?”

Last month, following calls to boycott Sunday mass and a petition to revoke the Catholic Church’s tax exemptions, Canada’s Catholic bishops issued a public, written apology to survivors. They also pledged to launch a new fundraising campaign with a goal of raising $30 million over five years.