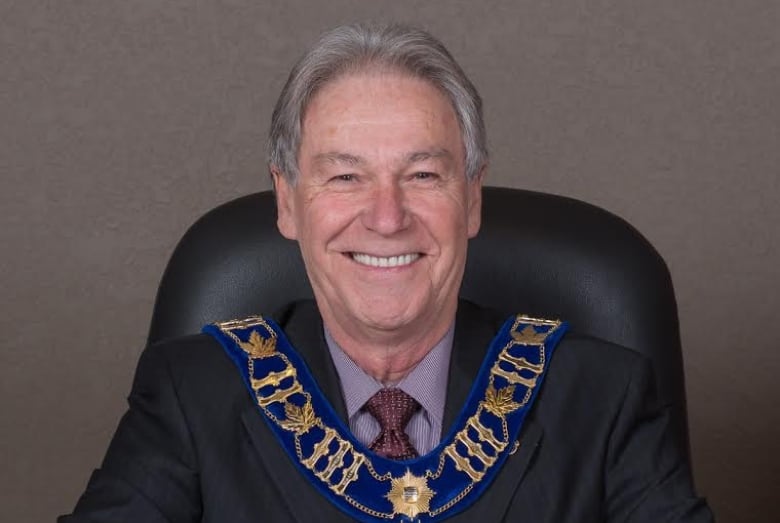 The mayor of Williams Lake, B.C., is facing calls to resign after he shared a social media post claiming there is an “other side” to residential schools.

City council is set to hold a meeting Tuesday to discuss Walt Cobb’s sharing of the post, which follows similar comments made by a local councillor last year.

“It’s very discouraging and disheartening and disappointing,” Williams Lake First Nation Chief Willie Sellars told CBC News. “Here’s a person in power or a person we’re trying to build a relationship with so that we can promote this region in a positive way.

“We would love to see the mayor of Williams Lake step down from his position, to open up that space for somebody who is more open-minded to the process of reconciliation.”

It claimed to be authored by someone with Indigenous family members, and alleged there were positive aspects of residential schools but that young Indigenous people “just want to be victims” seeking money, and that most survivors had “forgiven.”

Cobb told the Williams Lake Tribune he shared the post after it was forwarded by a contact, and added, “I think we need to look at every side of everything.”

Cobb told CBC News that he wouldn’t be giving a public statement, but said he would talk publicly at council on Tuesday and would be available for comment after the meeting.

Roughly 150,000 Indigenous children were forced to attend residential schools. At the institutions, children were subjected to sexual, physical and emotional abuse as well as the loss of their cultures, the Truth and Reconciliation Commission said.

In August, First Nations in the Williams Lake area began a ground-penetrating radar search for unmarked graves at the site of the local residential school, St. Joseph’s Mission, which closed in 1981. That search is ongoing.

“My dad went to St. Joseph’s Mission,” Sellars said. “Just think about it: We’re one generation removed from people attending those schools.

“When people talk about the ‘other side’ of the story, we’re still on this side. We’re still talking about the triggers and the traumas.”

In June 2020, Coun. Marnie Brenner said in a council meeting “there are always two sides” during a discussion about the schools. The councillor later apologized for her words.

But the latest comments have left Sellars with little desire for more dialogue.

“We’ve had it up to here with the mayor and leadership within the city of Williams Lake,” Sellars said. “How are they going to hold themselves accountable and actually contribute to this discussion?”

Sellars wrote a letter Friday to the city outlining his concerns.

The city’s chief administrative officer told CBC News the letter and concerns about the mayor’s Facebook post are on the agenda for Tuesday’s council meeting.

“We’ve had numerous discussions with council and staff over the weekend,” Gary Muraca told CBC News on Sunday. “It’s obviously something we take very seriously.

“We understand First Nations’ concerns with regards to the post that was shared, and especially the survivors and those still dealing with the effects of the residential school system.”

Terry Teegee, regional chief of the B.C. Assembly of First Nations, called the controversies in Williams Lake council “quite disappointing.”

He said he doesn’t believe average citizens of the city will tolerate the types of comments shared by their leaders.

“Certainly there is an opportunity for an administration such as the mayor and council to seek enlightenment, perhaps,” Teegee said. “But I think, ultimately, it does come down to a willingness to understand and have empathy for Indigenous peoples.

“So I don’t know how many more chances that mayor will have … I don’t think people will tolerate this anymore.”