Will Quebec’s vaccine passport plan help the province stave off another lockdown? 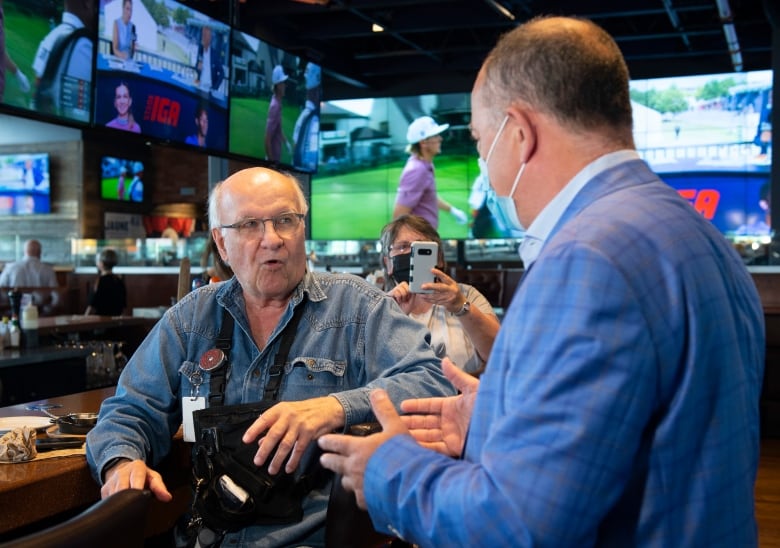 Quebec became the first province in Canada this week to introduce a wide-ranging vaccine passport system as part of an effort to avoid reintroducing COVID-19 lockdown measures this fall.

The passport — an online app used to show proof of vaccination — will go into effect Sept. 1.

For starters, it will be required at non-essential businesses, including restaurants, bars, gyms and high-risk public events, such as concerts.

But public health officials have made clear that the applications could be expanded to other venues and activities. More details are coming later this month.

Civil liberties groups have raised concerns about data security, and opposition parties have called for a debate over the merits of the system.

Public health experts, however, believe it could help avoid another series of closures and heightened restrictions.

“By using this tool, first of all, it is a good thing for people who are vaccinated. They can still enjoy whatever they were doing before and limit exposure of the virus to those who aren’t vaccinated.”

Quebec had initially floated the idea of a more targeted approach to a vaccine passport system, whereby it would be used only in areas struggling with a high rate of COVID-19.

The growing presence of the more dangerous delta variant led the government to change course and apply it across the province.

“Taking into account the increase in cases, the fall coming up with the back to school and back to work and the expected prevalence of the delta variant, the conditions are there to deploy the vaccination passport,” Health Minister Christian Dubé said in making the announcement.

Quebec has already begun testing out the plan at a sports bar in Quebec City. A gym in Laval and a cocktail bar in Montreal are set to follow next week.

Other provinces haven’t yet committed to a similar plan, but several institutions and high-profile businesses — including the Winnipeg Jets, the University of Ottawa and the University of Toronto — have made being fully vaccinated a requirement on their own.

France and Israel are among countries that have already put in place similar certification systems.

In Quebec, Premier François Legault says the idea enjoys far-reaching support. But he has been criticized by the opposition for not putting the vaccine passport to a debate at the National Assembly, even though they agree with the idea in principle.

Tremblay said it’s too early to have a firm sense of the benefits of such a government-imposed system, but she believes it will be helpful going forward.

“My understanding is the government wants to employ this very gradually. It will depend on the epidemiology,” Tremblay said.

“Of course, if we see a huge fourth wave, then it’s going to be a tool that is very useful. If we see that there are hardly any cases during the fall, then we might decide that we don’t really need it.”

Like several other provinces, Quebec has seen a recent uptick in cases as it heads into a fourth wave of COVID-19.

Trois-Rivières, northeast of Montreal, has had multiple outbreaks at restaurants and bars that potentially could have been prevented if the vaccine passport was in effect.

Dr. Samir Gupta, a respirologist and associate professor of medicine at the University of Toronto, told CBC News Network that both vaccinated and unvaccinated individuals stand to benefit from the system.

It will also keep the spread of the virus to a minimum among children under 12, who are not eligible for a vaccine, he said.

“If we can limit the severity of that fourth wave, it will be a lot safer for the kids when they do go back,” he said.

Children are among the many vulnerable groups that can be protected by COVID-19 vaccine passports, especially in a school setting, says Dr. Samir Gupta, a respirologist in Toronto. (Jean-Claude Taliana/CBC/Radio-Canada) 3:42

A boost to vaccination rates

The province’s top goal remains getting more people vaccinated, and the passport system has helped encourage people to get a shot.

Vaccine bookings jumped after Quebec announced last week that the system was coming — just as they did in France earlier this summer.

As it stands, 84 per cent of the province’s eligible population has received a first dose of vaccine (slightly more than the Canadian average of 82), and 71 per cent have received both.

But that still leaves a large chunk of the population without a first dose.

“When you think about it, there are still millions of people in Quebec who have not received two doses of vaccine,” Tremblay said.

When it comes to the vaccination rate, Dr. Don Sheppard, director and founder of the McGill Interdisciplinary Initiative in Infection and Immunity, said the “honest truth is the target we should be aiming for is 100 per cent.”

“There’s no question” we’re going to see more breakthrough infections, he said, but the vaccine is still very likely to keep people from having to be hospitalized.