Will Fish Get A Humanely Harvested Label? These Brothers Bet $40 Million On It 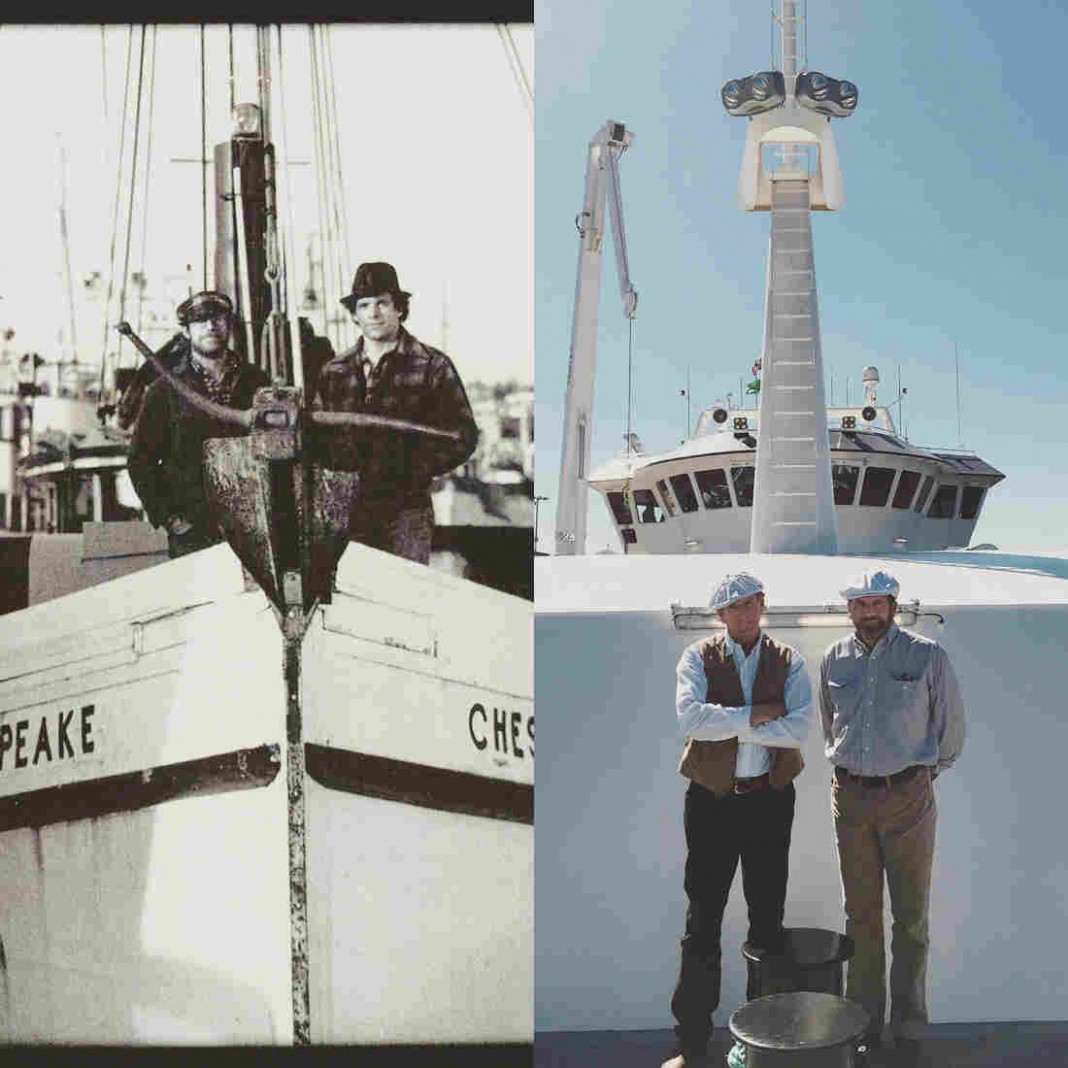 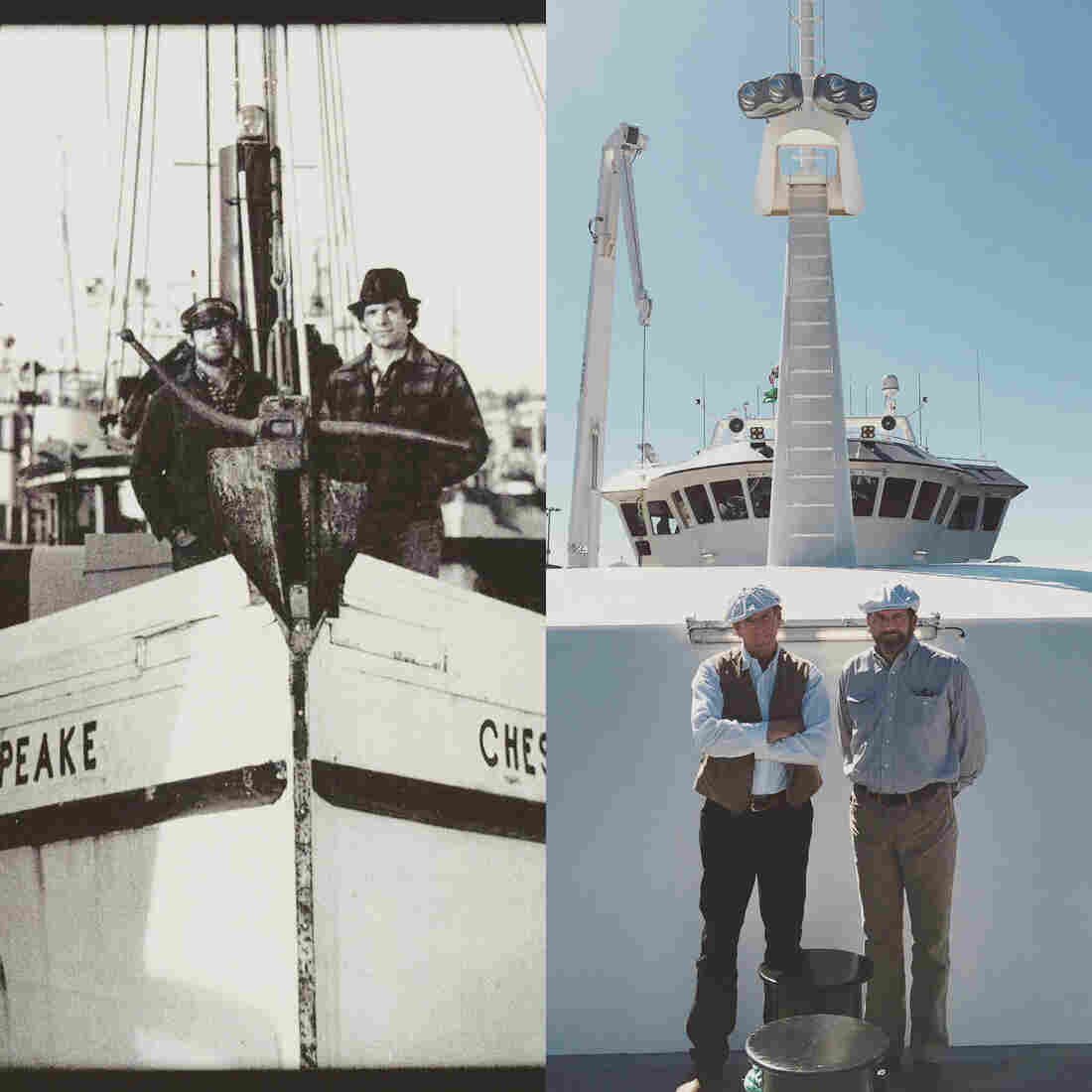 Brothers Michael (on the left in both photos) and Patrick Burns have spent decades as fishermen. But the inspiration for their humanely harvested seafood didn’t come from the ocean. It came from their side business — a grass-fed cattle ranch — and from their deep admiration for scientist Temple Grandin and her advocacy of animal welfare and humane slaughter. Courtesy of Blue North hide caption

Brothers Michael (on the left in both photos) and Patrick Burns have spent decades as fishermen. But the inspiration for their humanely harvested seafood didn’t come from the ocean. It came from their side business — a grass-fed cattle ranch — and from their deep admiration for scientist Temple Grandin and her advocacy of animal welfare and humane slaughter.

When it comes to seafood, we’re awash in labels. There are labels to identify sustainable wild, farmed or Fair Trade fish. We’re able to scout the canned tuna section for lingo like “pole and line caught.” And plenty of us use Seafood Watch’s green, yellow or red color-rating system to help us avoid a side serving of guilt with our fish supper.

But there’s another designation many consumers look for in land-based proteins like beef, poultry and pork that is largely missing from the conversation about seafood: humane treatment.

A pair long-time fishermen — Michael Burns and his brother, Patrick Burns — are trying to change that.

The brothers — now both in their 60s — spent decades fishing the Gulf of Alaska and Bering Sea for salmon, halibut and crab, finally settling on Pacific cod. But the inspiration for their humanely harvested seafood didn’t come from the ocean. It came from their side business — a 400-head grass-fed cattle ranch in eastern Oregon — and from their deep admiration for scientist Temple Grandin and her advocacy of animal welfare and humane slaughter.

“Fish aren’t warm and fuzzy, but they are sentient beings. They experience pain and panic,” says Michael Burns. “We had been following Temple Grandin and the better treatment of livestock for years, and then it dawned on me: Maybe we could apply it to wild capture fish,” while at the same time, creating a safer work environment for the crew.

That chance arrived last fall, when the Burns brothers launched their new $40 million, 191-foot fishing vessel Blue North. The ship is designed to catch Pacific cod using bottom longlines. The catch method has earned a green “best choice” rating from Seafood Watch, but it can still involve heart-thumpingly dangerous work for the crew. 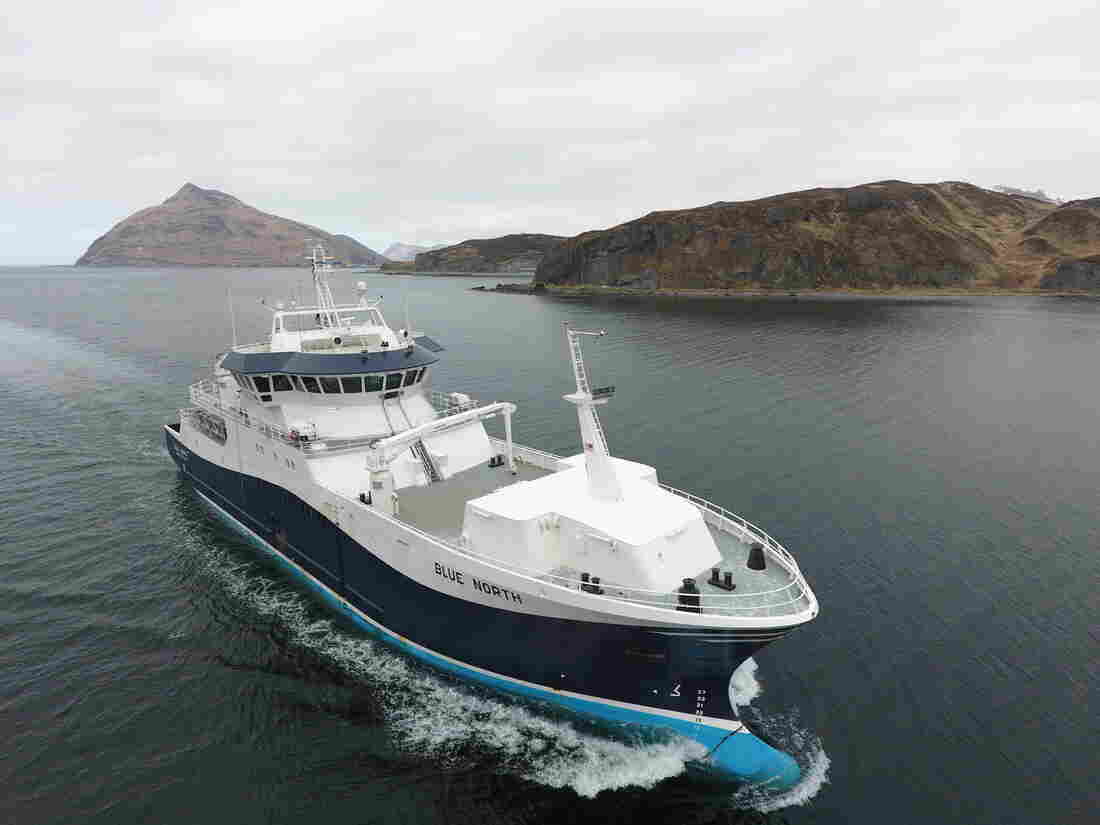 “The image of a crew member with a gaff [fishing hook] hanging over the side of the boat, with ice in their beards, feeds the idea of the rough-and-tumble fisherman in the Bering Sea,” says Michael. “But people get hurt out there. We chose to go the route of safety and better conditions for the crew.”

The Burns brothers replicated a design feature they had first seen on a Norwegian fishing vessel called a “moon pool” — a round opening in the center of the ship that allows the crew to work inside in a controlled environment, pulling fish up one at a time from the bottom of the boat. The moon pool improved crew safety, but on it’s own, didn’t address the problem of a thrashing, panicked cod. So the brothers brought in a tool often used in aquaculture to process farmed fish: a stun table.

Stunning fish to render them unconscious before processing is a method that’s been used by companies like Cooke Aquaculture, the largest independent salmon farming operation in North America, for the last 15 years. The idea is to prevent fish from stressing and thrashing — an action which can build up lactic acid in the fish’s flesh, creating unappetizing gaping in the fillets or affecting the color of the final product. While Cooke Aquaculture uses percussion stunning —- where a pneumatic hammer bops the farmed salmon on the head to knock them out — the same technique didn’t work well for wild-caught cod.

“We first started experimenting with concussion stunning, but the heads of [wild] cod vary too much,” explains Patrick Burns. So “we went to [a 48 volt, direct current] electrical stun.”

So far, the Burns brothers say they’re the only fishing vessel using this technique.

As for Grandin, who inspired their approach, “I think it’s excellent they’re doing this,” she says. “Fish definitely feel fear.” Whether or not fish feel pain is still vigorously debated. “There are still some questions about pain. That’s the million-dollar question right now.”

Grandin believes it’s an area that the seafood industry will be focusing on more going forward. “Stunning [fish] is going to become a regular practice. People are concerned about it. That’s why if you look, there are hundreds of patents on GooglePatents for stunning fish.” (We did. She’s right.)

But the launch of a brand new fishing vessel like Blue North doesn’t happen every day. Incorporating stunning tables on existing, older vessels could prove tricky. And fishing methods like purse seining or trawl fishing — which bring up the catch all at once, in one giant haul — would make it difficult to use a stunning table.

Still, the idea of harvesting fish humanely is one that is starting to gain attention from a number of certification groups and retailers.

“Animal welfare issues are definitely on ASC’s radar,” says Contessa Kellogg-Winters, spokesperson for the Aquaculture Stewardship Council, which certifies farm-raised seafood. “Many salmon farms, for instance, that are taking care to slaughter fish in humane ways” are making the processing as stress and pain-free as possible, she says.

The Marine Stewardship Council, which certifies wild-caught seafood, says that while it currently does not have set requirements for the humane harvest of wild fish, it is listening. “Should humane capture become of heightened stakeholder interest, and of relevance to our mission, we would consider it through our review process,” says spokesman Jon Corsiglia.

Whole Foods, which stopped carrying live lobster in stores in 2006 over concerns about humane conditions for the crustaceans, has also included language in its farmed fish standards requiring producers to minimize stress to fish during harvesting, transport and slaughter: “Fish should also be slaughtered in the most humane way possible. Mechanical or electrical stunning systems are preferred.”

Mimi Dale Stein, director of operations for Humane Farm Animal Care, whose familiar Certified Humane label can be found on meat, poultry, egg and dairy products, says the group is actively working on fish standards for several species. Meanwhile, Emily Moose, director of outreach for A Greener World, says it’s something the organization is open to exploring as well “if the demand is there.” A Greener World certifies livestock and poultry through the Animal Welfare Approved, Certified Grassfed and Certified Non-GMO labels.

So far, most of Blue North’s cod catch gets fed directly into the commodity market (much of it shipped overseas) where its “humanely harvested” pedigree gets left far behind. But the Burns brothers are hoping that other hook and line fishing vessels will join them — and that a “humanely harvested” label will become something consumers will eventually see displayed at the seafood counter.

“It’s our awareness or sensitivity to how the animals are treated,” says Michael Burns. “If we extend those sensitivities to cattle, why wouldn’t we extend it to fish?”

Clare Leschin-Hoar is a journalist based in San Diego who covers food policy and sustainability issues.