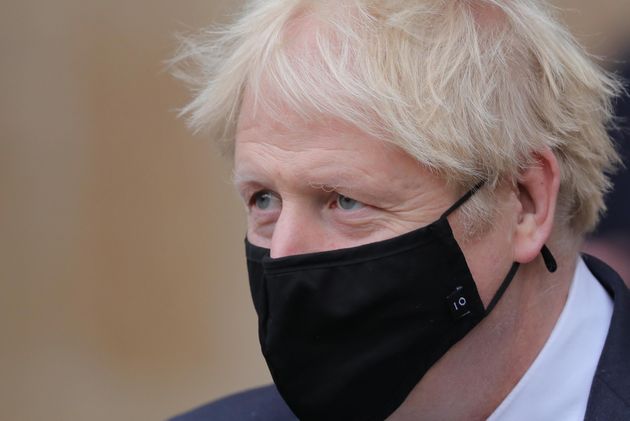 Just two weeks from today, Boris Johnson is likely to come before parliament to set out his plans for ending the current lockdown, detailing the replacement restrictions he wants to kick in from the following week from December 2.

MPs will get to vote on the next steps and you can bet the debate will be intense. With the new 50-strong Tory backbench Coronavirus Recovery Group now mobilized, the PM may well have to rely on Labour votes for his plan.

Yet as NHS medical director Prof Stephen Powis underlined in the No.10 TV briefing this evening, there is a two week lag between people getting infected, developing symptoms, and going into hospital. That means that Johnson will be cutting it very fine indeed to present any hospital admission evidence that the national lockdown can be safely lifted.

In PR terms, it’s no wonder the Downing Street briefing didn’t showcase numbers today. A huge spike in cases, up by more than 10,000 since yesterday to 33,470 today, maybe a glitch in the stats, but it is worrying nevertheless. Although rolling seven-day averages are more reliable, the jump in numbers suggests that we are not close yet to the plateauing that many had hoped.

Even if the ‘real’ figure is around 25,000, it may well be that numbers will have to not just flatten but fall or even halve in just a fortnight. If they don’t fall substantially and if (as is perfectly possible) deaths are still rising, Johnson could be under serious pressure from his scientists to say he should extend the lockdown, maybe for one more week.

The latest weekly surveillance report from Public Health England suggested the leveling off hadn’t yet arrived either. Alarmingly, all age groups showed cases rising, and the highest rate continues to be among 20 to 29 year-olds (358.9 cases per 100,000 people, up from 347.1 in the previous week). Just as worrying, care home outbreaks have surged 30% in the past week.

Tomorrow’s R rate will tell us more, of course, and many ministers are crossing their fingers that it replicates the encouraging signs from the King’s College London Zoe app, that today suggested the reproduction number less than 1 across the UK. However, the PM and his scientists have all stressed the R is just one measure and if the number of cases keeps rising, decisions become even more difficult.

There were other glimmers of hope today, with Nicola Sturgeon suggesting the R was “hovering around 1, and may, actually, now be slightly below 1” in Scotland. Meanwhile, in Wales, case numbers in many places are actually falling, suggesting their firebreak did have a significant impact.

But in Northern Ireland, Stormont ministers decided to extend their own lockdown for an extra week, followed by a partial reopening, then a fuller reopening a week later. This after days of haggling by the five-party executive.

Lockdown skeptics may well seize on Powis’s remarks tonight that he was confident Liverpool’s week-on-week drop in hospital admissions was because “we are seeing some of the effects of Tier 3 in Merseyside”. No.10 would prefer to point to his other remarks that Tier 3 led to a flattening of the curve locally but it was the national lockdown that could bend it downwards.

Johnson has all but given his word that the current curbs will end on December 2. He is committed to a return to a tiered system but it looks increasingly likely it will be a reformed version of the previous one. Powis was notably cautious about what will happen after December 2, saying ministers and scientists will look at “the best menu of measures”.

This reminded me of Chris Whitty’s evidence to PMs last week, when he said there could be “variations” of the system and we shouldn’t “just assume we should revert to an absolutely identical one”. So far, No.10 has said privately it doesn’t recognize claims there could be a Tier 4 as in Scotland, but whatever it is called there may be something more than Tier 3 needed in key areas.

One worry in government is that the public on December 3 may rush out to pubs and restaurants, and shops (see Wales’ crammed high streets post-firebreak this week) in some areas. The pressure would be on to let stores and shops of all kinds have a pre-Christmas sales boost.

Yet if the public “tear the pants out of it”, as Jonathan Van-Tam would say, they could also tear up the PM’s hopes of avoiding another national lockdown. Worst of all, the next one may then have to cover Christmas itself. Deciding to semi-extend or fully extend the current restrictions even for just an extra week may be preferable to that nightmare political scenario.