Why retrieving former residential school records has proved so difficult 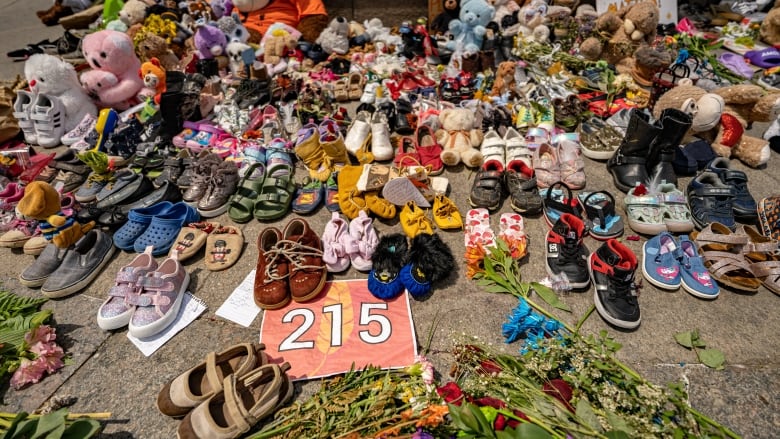 The discovery of potentially hundreds of unmarked graves near former residential schools in B.C. and Saskatchewan has prompted calls for the Catholic Church, which ran dozens of the institutions across the country, to release its records.

Last week, the Cowessess First Nation announced the preliminary discovery of 751 unmarked graves at the former Marieval Indian Residential School. Meanwhile, the Tk’emlups te Secwepemc First Nation said last month a preliminary scan near the former residential school in Kamloops indicated the remains of an estimated 215 children could be buried at the site.

CBC News looked at the governments and institutions that possess these records, the information they contain, why they’re important and the challenges posed in retrieving them.

What is the obligation to hand over these records?

In 2007, the Truth and Reconciliation Commission (TRC) was established following the implementation of the Indian Residential Schools Settlement Agreement, a deal reached with former students, legal counsel for the churches, the Assembly of First Nations, other Indigenous organizations and the federal government.

The TRC was tasked to investigate and create an as-complete-as-possible history of the residential school system in one collection.

Organizations involved in the schools were obliged to “compile and produce all relevant records,” said Ry Moran, founding director of the National Centre for Truth and Reconciliation (NCTR) at the University of Manitoba.

Those records were then to be given to the NCTR, which is intended to be their permanent repository.

Who kept these records?

Most records related to the residential schools were held by the federal government and the churches that ran them.

Within the government itself, that would include the Library and Archives Canada, which is the main federal archival repository.

But it also includes different government departments that may have played a role.

There are  “a whole host of government entities [that] actually had involvement with the operations of the residential schools in many, many different touch points,” Moran said.

“So all of those government departments really had to conduct searches of their record holdings.”

As for the religious institutions, many records were held by the Catholic order the Missionary Oblates of Mary Immaculate, which operated 48 residential schools. But the Anglican and United Church also ran schools.

Records may also be found in community archives and private collections. For example, just this month, the Royal British Columbia Museum said it has about 250 boxes of materials, a third of which relate to schools run by the Catholic order.

As well, provincial chief coroners and other agencies would have some records of the deaths of children at the residential schools.

“We only have the records of Alberta and B.C. to date,” said Raymond Frogner, head of archives for the NCTR.

“We’ve been in negotiations with every province to get those and we still haven’t got an agreement.”

What kind of information is in the records?

The records from the Catholic order would include what’s known as the Codex Historicus, a daily journal of the operations of the schools.

Overall, the records are about day-to-day operations but could also include admittance records, financial statements, human resource records and teachers’ profiles.

It reminds one of the oft-remarked “banality of evil,” Frogner said.

“It’s these very hum-drum daily operations of the schools until you recognize what’s being operated.”

For example, the records would likely reveal the Western names forced upon some children, and the lack of quality of the curriculum.

And there would be medical documentation about the children — where deaths and grievous injuries were recorded.

“One of the things we’re actually trying to do when we get these records is … recognizing that these aren’t just the operations of schools, but these are also the documentations of children’s lives,” Frogner said.

“We can virtually organize the records around the lives of the students themselves.”

What have been some of the challenges in retrieving the records?

In a recent parliamentary committee hearing, Martin Reiher, an assistant deputy minister with the Department of Crown-Indigenous Relations, said that over five million documents were gathered and transferred to the NCTR.

Still, the government has still been resistant to hand over other records, Frogner said. The NCTR is currently in negotiations with Library and Archives Canada, as well as Crown-Indigenous Relations and Northern Affairs Canada (CIRNAC) for more records, he said.

In April, the Ontario Court of Appeal overturned a decision the federal government won last year to prevent the creation of detailed statistical reports that would reveal which residential schools had the highest rates of abuse, the CBC’s Jorge Barrera reported then.

The proposed reports would provide breakdowns of residential school compensation claim statistics, including how many and what types of claims each residential school was linked to and broad profiles of survivors who filed claims, along with other categories, according to court records.

As for the churches, Moran said the Anglican Church and the United Church have been more proactive, and were both able to — more or less — coordinate their own document production obligations through their own offices.

“They did generally try to operate as a collective whole and as a cohesive whole.”

But Moran said one of the challenges in retrieving records from the Catholic church is that there has been no unified central agency to deal with.

“So you really have to do with all of these [Catholic] entities on a one-by-one-by-one, case-by-case basis,” he said.

He said many of the Catholic entities each have their own independent legal counsel. “And those legal counsel weren’t necessarily talking to one another.”

As well, many of these Catholic orders are smaller than they once were, he said.

“So now you’re dealing with actually very elderly or very small groups of people. And sometimes, you know, these archives are open one day a week and it’s staffed by volunteers.”

The Oblates have recently committed to releasing records associated with those schools. But they have also indicated that privacy laws could hinder the release of records that contain personnel information — information that could identify individuals, including people who worked at residential schools.

Why are the records important?

Frogner said the most important reason to have these records is that they contain proof of what occurred. He cited the United Nations’ Joinet–Orentlicher Principles, that set out international standards for the treatment of survivors of human rights violations.

A community that’s experienced collective trauma has the right to remember and the right to justice, he said.

“And those are embodied in the records, to make sure the event is never forgotten,” he said.

“So if we’ve got gaps, if they’re saying you can’t have the personnel files, then how do we know what the failures were in that system that may again reappear in the future

“How do we know whether or not the appropriate changes have been made to prevent this from happening again?“