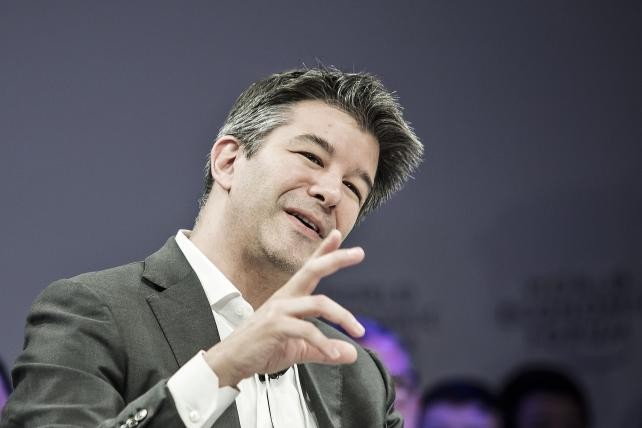 The name is tarnished and the brand bruised.

Uber is no longer Uber Alles and more Uber Ailes.

Who is prepared to step into the shoes of the resigned CEO Travis Kalanick and not make people immediately think that something’s afoot?

I know of no one. At least no one I know has applied for the job.

Ergo, I’m putting myself forward for the position, with this simple, five-point manifesto.

When Kalanick arrived on Twitter in 2007, he announced himself like this: “What’s up…tbone in the house!!” It was, I suppose, at attempt at street-corner credibility. And shouldn’t that have been T-Bone? I want to declare I’ve never referred to myself as C-Span, C-Moon or even C-Section. Employees can call me Chris. I will also offer a $1,000 bonus for anyone who can pronounce my last name correctly. Oh, they’ll love working with me.

I understand that Kalanick was fond of being a tech bro. I believe he had the capacity to bro down at a moment’s notice. I have never consciously bro’ed down. Or up, for that matter. I have never used brocabulary of any kind. I have never claimed, as some have, to be Brohann Sebrostian Bach, the Big LeBroski or even Vincent Van Brogh. I believe that all Uber employees would be safe in the knowledge that they could be whoever they feel like being. I would immediately allay all fears that the brand name is changing to Ubro.

No, not even in London, where they can occasionally volunteer their opinions on various matters of politics, society and soccer — opinions that may not be harmonious with mine. Yet here was Kalanick getting angry at one of his own drivers and insisting: “You know what? Some people don’t like to take responsibility for their own s***. They blame everything in their life on somebody else.” There’s rarely an upside to getting mad at a taxi driver. Why, he could decide you’re a one-star passenger and that could ruin your reputation.

4. I’ve Never Worked On A Laptop In A Strip Club.

I know that some, um, bros would see this as a great omission. After all, the idea of doing these two things simultaneously — which Kalanick did, according to the New York Times — would prove, without question, that I work hard as I play hard. I just think that it’s a terrible look. The going to a strip club for a work event thing, as well as the whipping out your laptop during the work event at a strip club thing. I did once wear extremely tight satin Puma shorts to a meeting with a senior member of government in a certain foreign country. I’ll tell you more about that in the interview, if you really want to know about it.

5. I Will Immediately Ban The Phrases Super-Pumpedness and Always Be Hustlin’.

I may have mentioned that I’m no C-Span who bro’s down with his colleagues in a strip club while always hustlin’ on my laptop. After feeling so super-pumped that I had to get mad at my Uber driver, that is. Well, it seems that Uber’s statement of cultural values actually includes Super-Pumpedness and Always Be Hustlin’. Those phrases — and several others — will be forbidden. At Uber, we’ll no longer be a college football team that deserved to be banned from postseason play until self-driving rocketships take us to humanity’s new home on Mars. Instead, we’ll embrace a new way of winning, one that embraces people’s needs and the absurdity of life in equal measure. If you want to know more, board members, you know where to find me. I understand Uber is very good at knowing where people are.