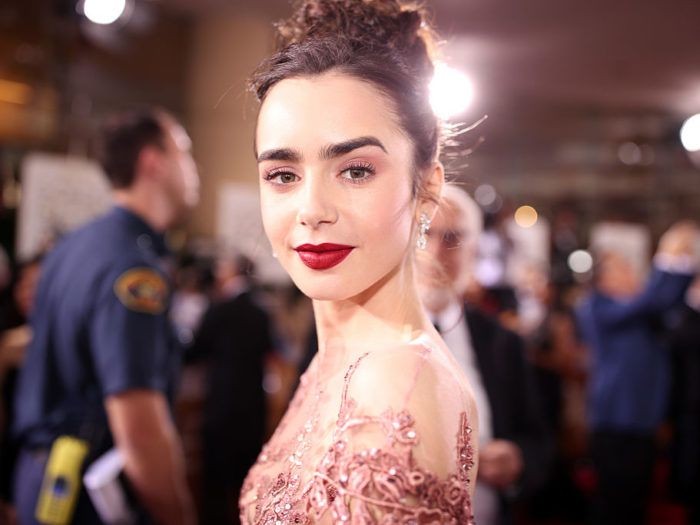 In this exclusive first look at the July-August 2017 issue of Shape magazine, Lily Collins is once again getting candid about her past struggles with eating disorders.

“I never dreamed I’d be posing in a bikini on the cover of Shape. It’s a complete 180 for me. It’s a magazine about what it means to be healthy,” the actress reveals.

“I used to see healthy as this image of what I thought perfect looked like—the perfect muscle definition, etc. But healthy now is how strong I feel. It’s a beautiful change, because if you’re strong and confident, it doesn’t matter what muscles are showing. Today I love my shape. My body is the shape it is because it holds my heart.” 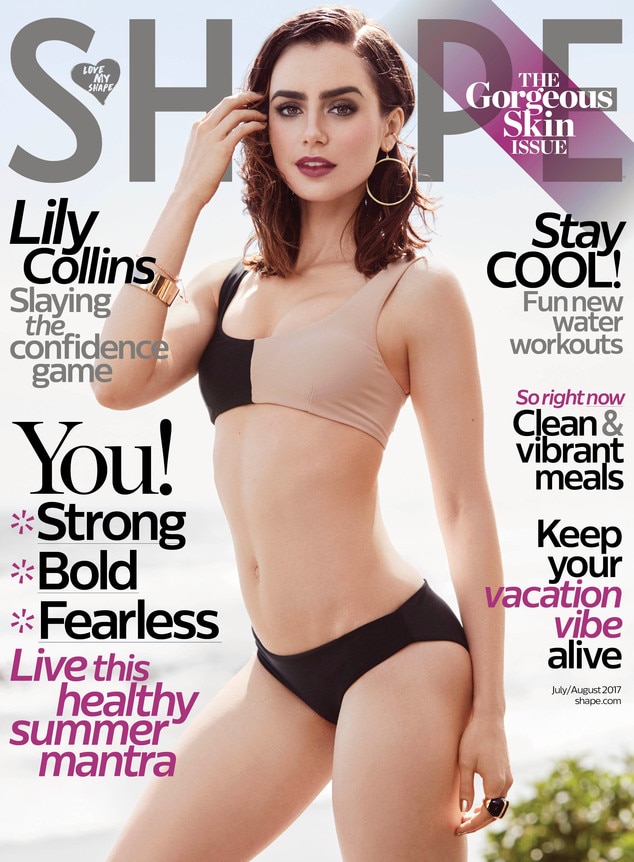 The Mirror Mirror star didn’t start out as an actress but instead, took the role of a journalist.  At age 15, she began writing and corresponding for Elle Girl U.K., and in 2008, she appeared as a reporter for Nickelodeon on the U.S. presidential election.  She later continued her writing career for Cosmo Girl and the Los Angeles Times Magazine.  Her journalism background helped share her story which led to writing a book.

“In October 2015, when I got the book deal, I wasn’t filming anything. Then I got flooded with work. People told me to put the book on hold, but I knew it would be worth it to keep going. And as luck would have it, To the Bone came up” where Collins will be playing a woman sent to a rehab center for her eating disorder.

“Although I was in recovery for several years before the movie, preparing for the film allowed me to gather facts about eating disorders from professionals. It was a new form of recovery for me. I got to experience it as my character, Ellen, but also as Lily. I was terrified that doing the movie would take me backward, but I had to remind myself that they hired me to tell a story, not to be a certain weight. In the end, it was a gift to be able to step back into shoes I had once worn but from a more mature place.” 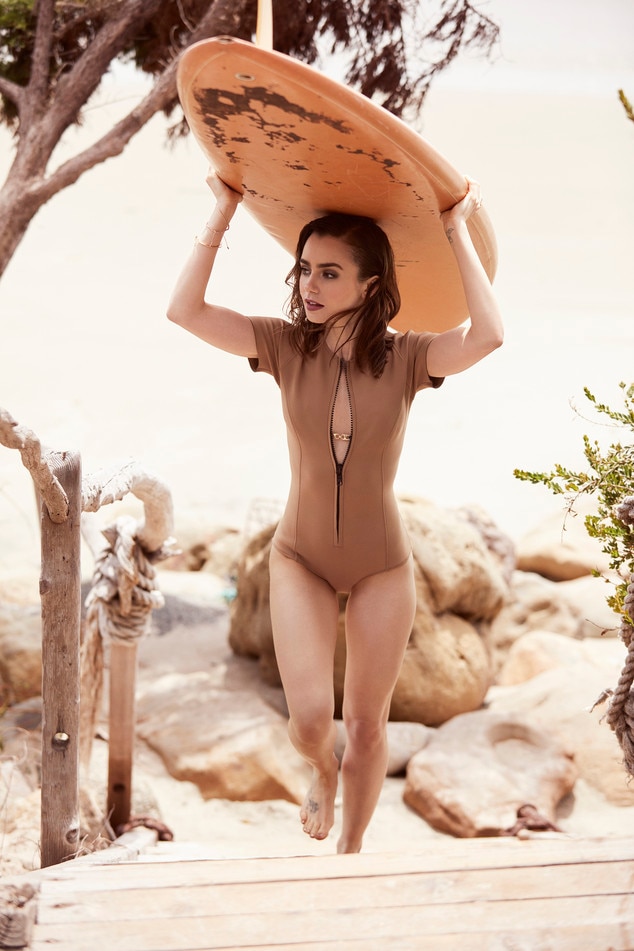 Lily goes on to say that her recently published book, Unfiltered, ended up being “even more honest than I was intending.”

“I didn’t realize I’d cover so much.” But she was ready to talk. And that’s a good thing, because she has a lot to say. Here are the chapters on her recovery.’

The 28-year-old actress also shares exciting news about her most recent projects.  Her next appearance onscreen is Okja with Jake Gyllenhaal opening in theaters on June 28. In addition, the Golden Globes nominee will be starring in the Amazon TV show The Last Tycoon, set to begin streaming this summer.

“I did consider that talking about my struggles with an eating disorder would overshadow my accomplishments as an actor, but I also knew this was something I needed to do to move forward as a human and an actress. I needed to let go. I’ve always strived to start conversations about taboo subjects with young women. Sharing my story in Unfiltered happened to coincide—not strategically!—with To the Bone, but I’ve always admired people who are relatable and honest. Having suffered from an eating disorder doesn’t define me; I’m not ashamed of my past.”