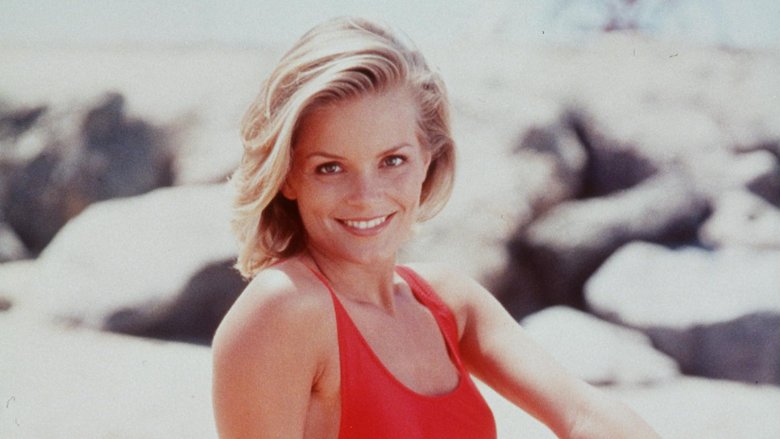 Seen here with her husband posing in front of the Seattle Temple, Packard joined The Church of Jesus Christ of Latter-Day Saints as a teenager. She’s been an active member of the church since and makes no effort to hide her faith.

During her appearance on Celebrity Wife Swap, those beliefs were addressed early in the episode during a family prayer (per Deseret News). “We’re Mormon,” she said. “We do not allow any alcohol, coffee, tea, tobacco in the house.” She continued, “We have rules. With our kids, we limit the amount of time of television they watch and what they wear. I want them to grow up as kids. I don’t want them to be exposed to anything before they have to be.”

She claims (per God’s Direct Contact) that being on Baywatch took her spiritual being to a “whole different level.” The enormous popularity of the show let her know she could “touch people” with her faith and she’s “tried to do that every day in [her] life since then.”

While we don’t think Hollywood is actively rejecting Mormons (Ryan Gosling seems to be doing okay), but her profound dedication to applying the doctrines and principles of Mormonism seems to have led her to seek fulfillment in places other than in front of the camera.