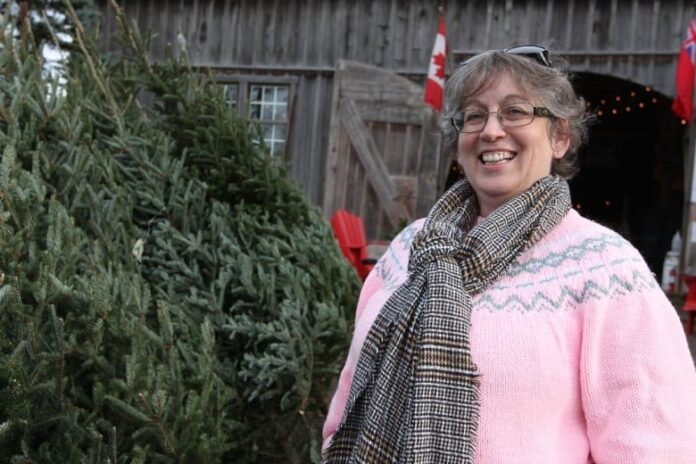 If the pain of inflation is already cutting into your holiday gift-giving plans, prepare to pay more to decorate, too.

The average cost of a Christmas tree is up — like everything else this year — thanks to higher fuel, fertilizer and labour costs, climate change, higher insurance rates and, according to several growers, a continent-wide shortage of trees.

“On average across Canada, you’re going to see about a 10 per cent increase, and that is solely because of the expenses that it’s costing the farm,” said Shirley Brennan, executive director of the Canadian Christmas Trees Association.

She says the cost of fertilizer alone went up about 25 per cent in the past year. In some regions, farmers say it’s up as much as 50 per cent.

The gas for the trucks that transport trees from wholesale farms to those big, box-store lots or local pop-ups costs more. So does the fuel for farm machinery, and it’s more expensive to insure the farm itself.

Some farms saw their rates double, Brennan said. Others saw increases of up to 35 per cent.

All of those extra costs for the farmers mean you’re paying more for your tree.

All the same, business is booming.

“There must be a shortage,” said tree farmer George Powell, “because all kinds of people are phoning us, wanting trees wholesale.”

Powell and his wife, Marianne, have been growing trees on their cut-your-own farm in Bowmanville, Ont., for more than 40 years.

They got into the business accidentally back in 1980 when they bought 75 acres of what they thought was bush land east of Toronto.

“In the spring when the snow melted, there was thousands of Christmas trees planted, and I said ‘Kids, we’re going to be Christmas tree growers.'” 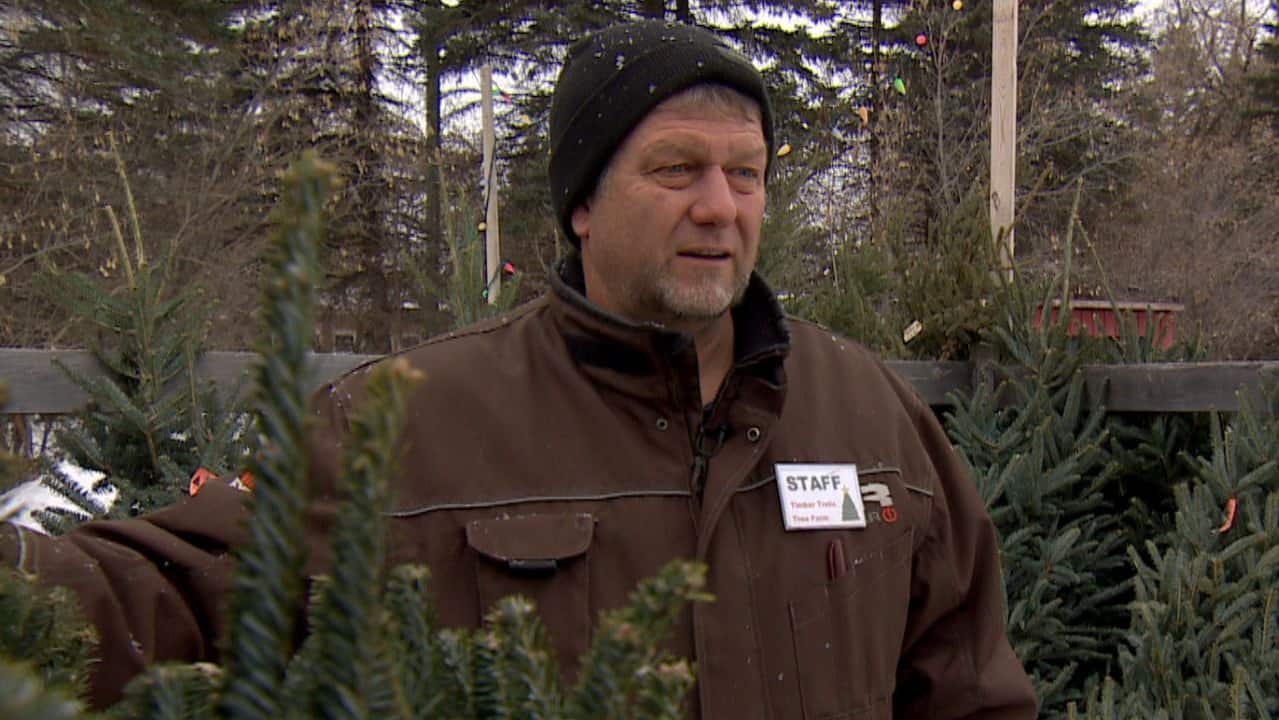 Families should expect to pay more for a Christmas tree this year as a shortage of trees is once again driving up prices. There are problems right across the country for a variety of reasons including weather-related issues and too many trees harvested during the pandemic.

But a lot has changed over 40 years. Powell says there were 12 tree farmers in the area back then. Now they’re the only ones left. Seedlings used to cost 10 cents each. Now they’re $1.50.

Brennan says what was a $53 million industry in 2015 is now worth more than $100 million. The latest numbers from Statistics Canada put it at more than $160 million.

But the number of trees going into the ground is down.

Brennan says over the past decade, Canada has lost about 20,000 acres of Christmas tree-growing land — which could have grown some 30 million trees — to various factors.

Canada also exports almost half the trees it grows.

Powell says he believes the shortage can be traced to 2008, when the financial crisis took a toll on farmers. Many couldn’t afford to plant as many trees that year and, given it takes 15 years to grow one from seed, those effects are playing out now.

The changing climate and extreme weather events are also taking a toll on crops.

“Drought is always a big issue with seedlings,” Powell said, because his farm is irrigated only by rainfall. “There’s way too many seedlings to irrigate. So we just have to take a chance.”

Last year they lost about 15 per cent of their seedlings, about average.

“Some years we don’t lose any and some years we lose pretty near all of them,” Powell said.

Paul Huesken says a chronic shortage of Christmas trees in B.C. is behind rising costs in his province.

“There are a number of factors in that,” the tree farmer and president of the B.C. Christmas Tree Association said, including retiring farmers, people selling their farms, the prohibitive price of farmland — and geography.

B.C., he notes, goes from “beautiful valley floors to steep mountains — and there isn’t much of that marginal farmland in between like you have in Oregon or Washington.”

A beloved Christmas tree species, the noble fir, will this year cost anywhere from $16 to $19 a foot in the Vancouver area, he says. For a premium, eight-foot Nordman tree, you can expect to pay anywhere from $160 to $200.

The weather is also always an issue.

B.C. has mostly recovered from the damage of its 2021 heat dome, but was hit by massive flooding a few months later. There was damaging frost in Nova Scotia in 2018 — which affected not only young trees but the mature ones, too — and a similar late frost in eastern Ontario and western Quebec in 2020. And while this has been an unusually dry year in central Canada, it was just the opposite in Manitoba three years back. 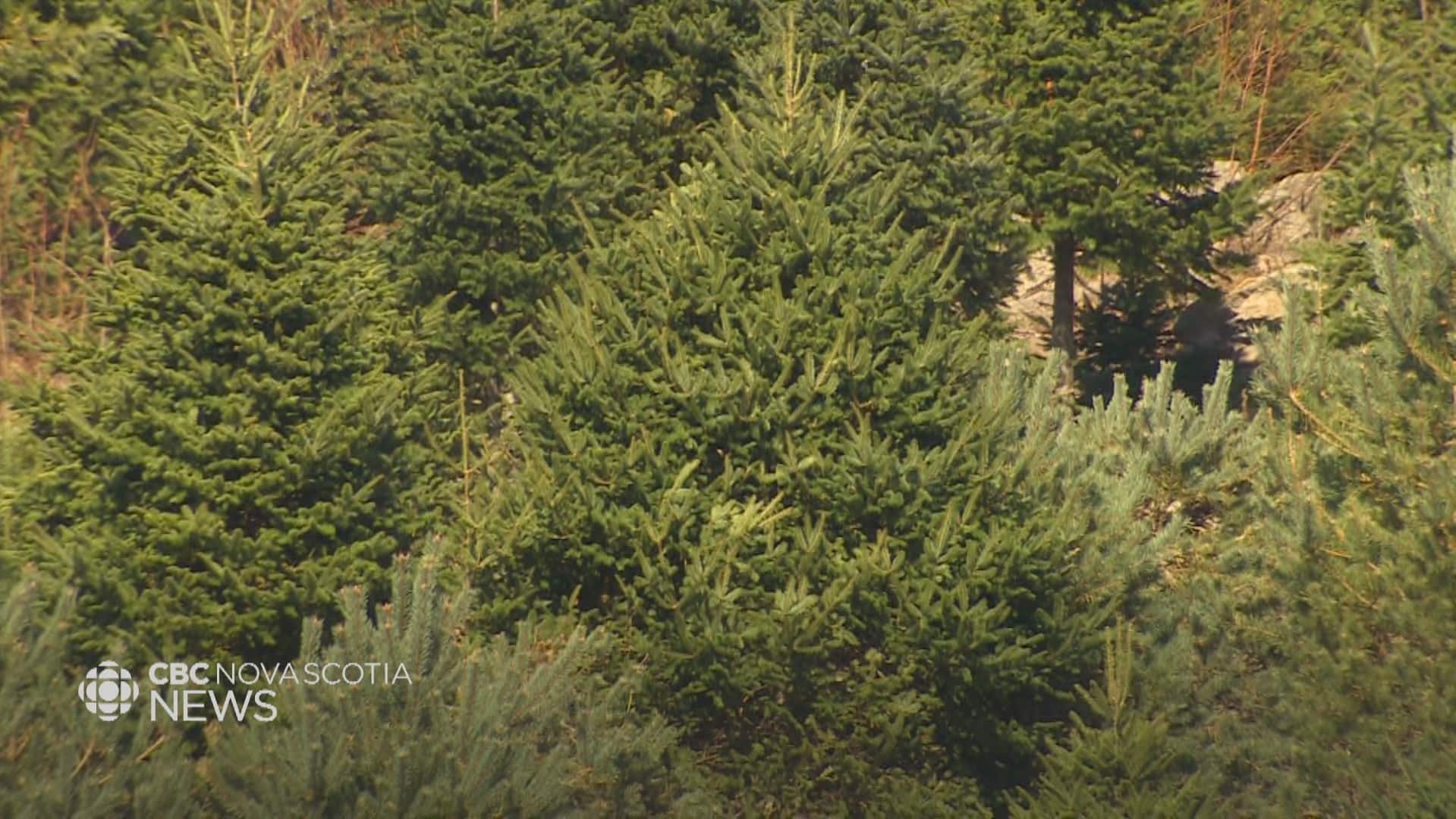 Some people who sell Christmas trees say the damage from the post-tropical storm could have been much worse. But as they prepare for their busiest time of the year, the cleanup is slowing them down. Matthew Moore has the story.

It was a “very wet, wet year here in Manitoba,” in 2019, said Dan Friesen, owner of Timber Trails Tree Farm near Steinbach, Man..

“We went into winter extremely wet and we had quite a lot of winter kill on our farm,” he said. “We lost a good percentage of our spruce tree crop.”

Friesen says the loss didn’t hurt him then, but it is now.

“We had a lot of trees that we lost at that point that we would be cutting now. So, and unfortunately, they’re not there and it takes a long time to regrow them,” he said.

Brennan says Mother Nature is the silent partner of all farmers, “and she’s not so silent.”

Her advice to buyers this year — be willing to step out of your comfort zone.

“You may not need that eight-foot tree or that 10-foot tree that you normally get,” she said.

Brennan says demand for table-top trees and slender, shorter trees — more conducive to smaller living spaces — are on the rise.

Despite the challenges, Powell says buying a Christmas tree just brings out the best in people. He remembers a guy years ago who showed at 4 a.m. for a tree. Powell says by the time he got up and dressed, the tree was cut and the car was heading back down the driveway.

“When I opened the front door, there was $60 on the floor that he paid for his tree.”