Why China has a beef with Canadian meat exports 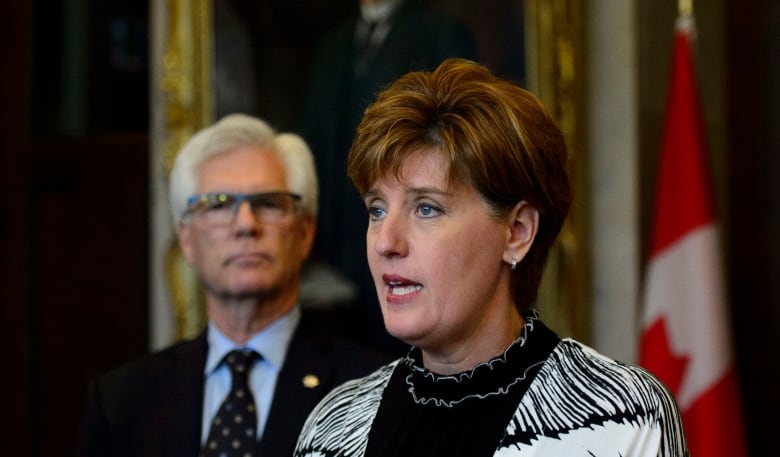 Canadian officials are investigating after Chinese customs inspectors say they discovered residue from a restricted feed additive in a Canadian shipment of pork products, prompting a halt of all imports of Canadian meat into the country.

The discovery of ractopamine — which is prohibited in China — could have a significant impact on Canadian meat producers. Here’s more about ractopamine, its use in Canada and why it’s banned in some countries.

How much beef does Canada export to China?

According to Statistics Canada, in the first four months of 2019, Canada exported 7.66 million kilograms of beef to China. In financial terms, that’s about $63.6 million worth of beef and veal.

China is Canada’s fifth-largest customer for beef, behind the U.S., Japan, Hong Kong and Mexico, accounting for roughly six per cent of all meat exports.

For pork, China was the third-largest export market, behind the U.S. and Japan, with Canadian producers exporting 146 million kilograms in the first four months of this year.

That’s around $310 million worth of pork — about 22 per cent of the entire export market.

So why does China have a beef with our meat?

According to Chinese officials, Chinese customs authorities discovered residue of the additive ractopamine in a batch of pork products exported from Canada to China, which has banned the substance.

When Chinese authorities advised Canada of the finding on June 14, it raised a red flag for the Canadian Food Inspection Agency (CFIA), which asked to review the export certificate. 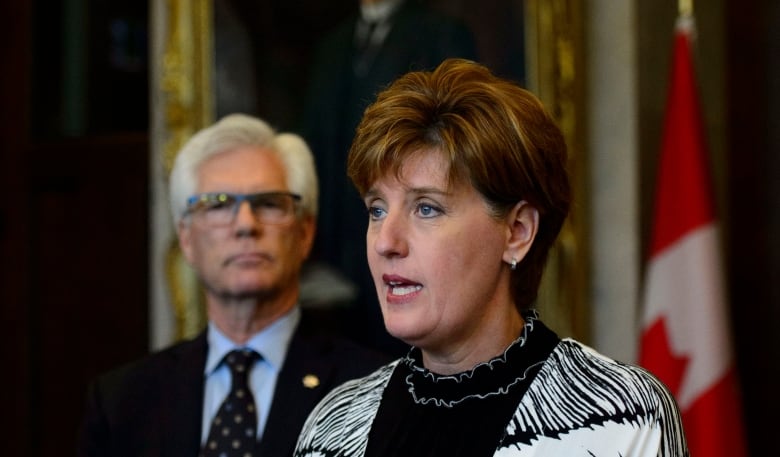 Agriculture Minister Marie-Claude Bibeau says the RCMP has been called in to investigate the origins of a pork shipment to China that arrived with a fake Canadian export certificate. (Sean Kilpatrick/The Canadian Press)

Upon examination, CFIA inspectors confirmed the certificate was inauthentic.

Canada’s Agriculture Minister Marie-Claude Bibeau told CBC News that the suspect pork shipments and certificates are unlikely Canadian, but were being misrepresented as such. She also said the RCMP and Canada Border Services Agency are both now investigating.

Ractopamine is part of a larger compound of drugs called beta-adrenergic agonists — an animal pharmaceutical product that will speed up an animal’s metabolic rate, said Benjamin Bohrer, with the University of Guelph’s department of food science.

Ractopamine is able to more efficiently and effectively synthesize proteins, making livestock both larger and leaner much faster.

In 1999, the U.S. Food and Drug Administration (FDA) determined that ractopamine was safe and approved it for use in feed for swine, and later, for turkey and cattle.

Canada generally will follow suit if the FDA says something is safe, Bohrer said, and has also approved the additive for use in the same livestock here.

Why is it banned in China?

The additive is banned in China, as well as in Russia, the European Union and several other countries. These countries have expressed concern that the additive poses health risks.

China says it’s worried about the higher levels of drug residues that can be found in pig organs, which are part of a traditional Chinese diet, according to a 2013 NBC News report.

There have been some reports that the drug adversely affects the health of animals, though the FDA has denied there’s a correlation.

Organizations, like the Joint FAO/WHO Expert Committee on Food Additives (JECFA), have recommended a maximum daily intake of ractopamine. The European Food Safety Authority, however, has questioned those recommendations and raised concerns about the additive’s safety. 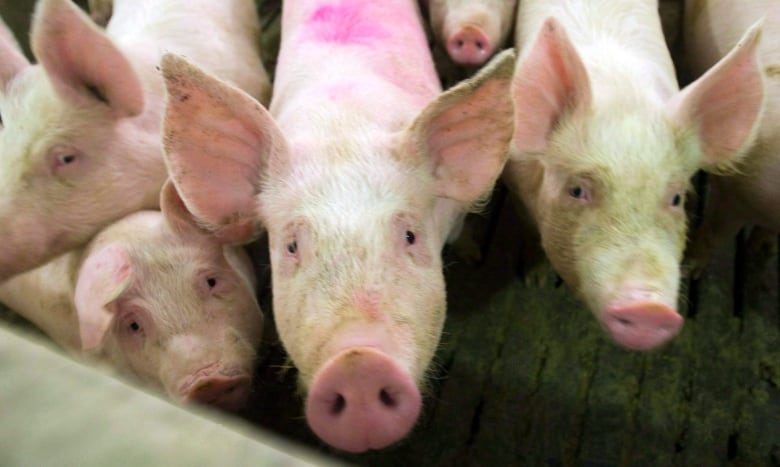 Even though it is permitted in Canada, very few Canadian pork farmers use ractopamine in their livestock, said Gary Stordy, of the Canadian Pork Council. That’s because the feed additive is banned in major export markets like China and the European Union. (Ryan Remiorz/The Canadian Press)

One of the problems, said Bohrer, is that there are compounds that are unsafe but similar in structure to ractopamine, and that ractopamine unfairly gets lumped in with them.

How many Canadian pork farmers use ractopamine?

The irony is that almost no Canadian pork farmers use the additive on their livestock, according to Gary Stordy, director of government and corporate affairs for the Canadian Pork Council.

“It’s really essentially not used in the Canadian industry,” he said.

To help ensure that Canadian pork exports do not contain the additive, Canada has established the Canadian Ractopamine-Free Pork Certification Program, which is overseen by the CFIA. The program is responsible for certifying that pork products exported from Canada originate from pigs that have never been fed and/or exposed to ractopamine.

There may be a very small handful of Canadian pork producers who use ractopamine on their livestock and ship to the U.S., Stordy said. But Canadian producers began raising pigs without ractopamine about seven to eight years ago, he said, to penetrate foreign markets that didn’t allow the additive to be used.