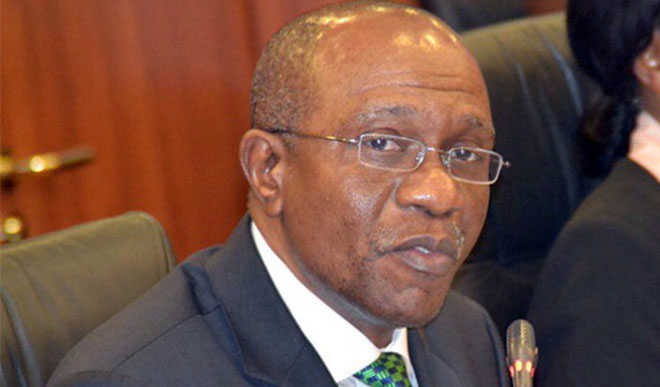 There are strong indications that the Central Bank of Nigeria may not reduce the benchmark lending rate anytime soon owing to the high inflationary pressure in the country.

Top officials of the apex bank confided in our correspondent on Friday in Abuja that the general thinking within the bank was that loosening the current monetary policy stance would further fuel inflation and reduce the purchasing power of the people.

The CBN had after last month’s Monetary Policy Committee meeting retained for the seventh consecutive time the Monetary Policy Rate at 14 per cent, Cash Reserves Ratio at 22.5 per cent, Liquidity Ratio at 30 per cent, and the Asymmetric Window at +200 and -500 basis points around the MPR.

The high interest rate had made Senate President Bukola Saraki to call on the CBN to reduce the lending rate to make it easier for businesses to thrive.

Saraki had stated that in an economy where workers were being retrenched and people were losing investments, it was immoral for certain sectors to be making astronomical profits.

In an interview with journalists in Ilorin, the Kwara State capital, on Sunday, the Senate President had said, “They (banks) will tell you that they are doing business but in doing business, there must be social responsibility.

“We must be able to sit down and look at ourselves eyeball to eyeball, and we intend to do that; and I can promise Nigerians that we can find a solution. Hopefully, with the stability in the forex market, we will now begin to address the high interest rate.

“There is no business that can make money if it is trying to borrow at 28 or 29 per cent. It cannot work; and if we cannot get the banks to lend to the real sector and they carry on their money to government instruments, there cannot be growth. So, we must tackle that. I can assure you that I will lead that challenge. We must sit down and discuss it.”

But sources at the CBN told our correspondent that while the apex bank was desirous of reducing the lending rate, the current economic realities did not support such a move.

For instance, an official of the bank said that loosening the monetary policy would fuel inflationary pressures and worsen the gains so far achieved in the exchange rate of the naira.

The source said, “There is no denying the fact that the high interest rate is not good for business but if you look properly, one of our primary mandate is to maintain price stability. We all know what the rate of inflation is currently; it’s about 17.2 per cent; but our target is to have a single digit inflation rate. So you can see that we still have a long way to go.

“For some time, the CBN has neither increased nor reduced the MPR. This is because we feel that we need to have stability since we have started seeing the impact of our recent monetary policy actions.

The official added, “Inflation is beginning to trend downwards and we have started to witness some form of stability in the naira exchange rate, and this is why we are retaining the current monetary policy stance to allow the economy to feel the impact of our actions.

“Any attempt to reduce the interest rate now will further make more money available in the hands of the people and this will not only worsen the level of inflation, it will also have grave consequences for the foreign exchange rate.”

The Acting Director, Corporate Communications Department, CBN, Mr. Isaac Okorafor, said the retention of the MPR at 14 per cent was a collective decision of the Monetary Policy Committee and that it was determined after rigorous analysis.

Okorafor explained, “Fixing of the MPR is the responsibility of the MPC. It is a product of rigorous data collection, analysis and the collective views and voting by members.

“It is not based on popular opinions and so I cannot predict what they will do next.”

However, some finance and economic experts, who spoke with our correspondent, called on the CBN to reduce the lending rate in order to boost economic activities.

The analysts, who spoke to our correspondent in separate telephone interviews, said the reduction in lending rate was long overdue as many businesses were currently finding it difficult to service their debt obligations.

Those who spoke to our correspondent are the Lead Director, Centre for Social Justice, Eze Onyekpere; a developmental economist, Odilim Enwegbara; President, Abuja Chamber of Commerce and Industry, Mr. Tony Ejinkeonye; and a former member of the House of Representatives, Dr. Anthony Aziegbemi.

He said, “It’s long overdue; the government must mandate them to reduce it and lend to key sectors of the economy, because one thing is for the rate to be lower and another is the banks’ willingness to lend.

“If the lending rate is reduced, the cost of servicing debt by the Federal Government will reduce. The government should make these banks to invest in the real sector instead of giving money to importers of finished goods. The manufacturing sector should get single digit lending rate, while importers of finished goods should borrow at 15 per cent and lending to the government should be at a single digit. This will reduce the level of inflation in the country.”

In his comment, Onyekpere said that the high lending cost in the country was a major reason why many debtors were finding it difficult to service their loans.

This, he added, had led to continuous increase in the non-performing loan portfolio of the banks.

He said, “We have been saying it repeatedly that the high lending rate is not good for the economy. How do you expect a business to borrow money at 30 per cent and remain competitive? There is no way that kind of interest rate can support the growth of the economy.

“So the lending rate should be reviewed downward so that businesses can have access to cheaper funds, because that is what the country needs at this time.”

Ejinkeonye, on his part, called on the apex bank to reduce the Cash Reserves Ratio and the Liquidity Ratio in order to free up more funds for banks to provide the much needed credit to the real sector.