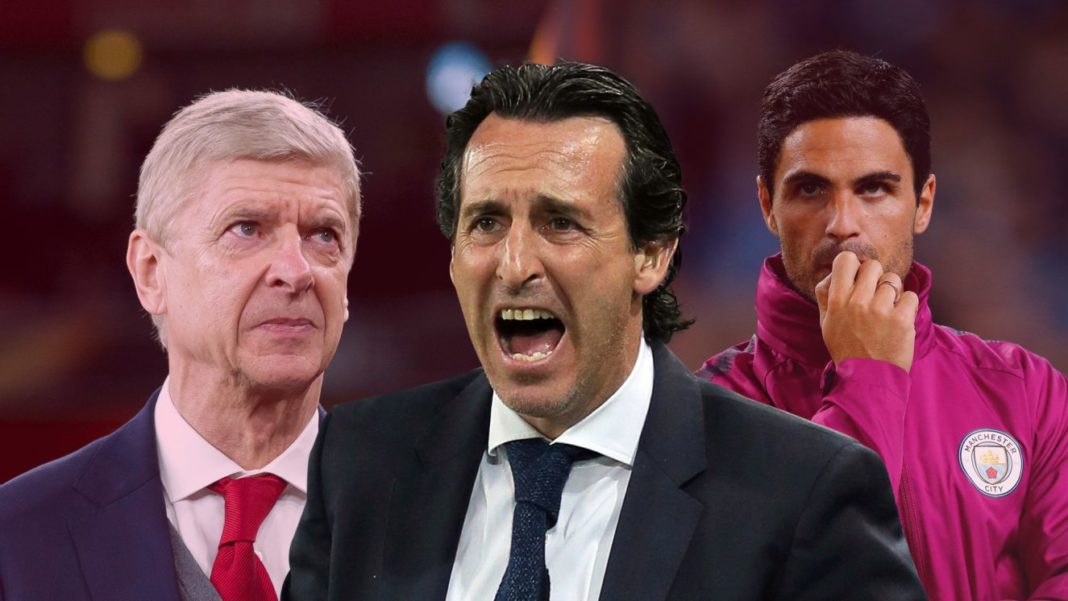 Perhaps it is symbolic of the state of flux Arsenal find themselves in, but somehow the decision to hire a coach with a proven European pedigree at the expense of someone who has never managed a single game of professional football in his life feels like a missed opportunity.

From the attainable candidates, Arsenal may well have ended up with the man most qualified to extract the maximum from a squad which Unai Emery’s predecessor believes is three signings away from challenging for the Premier League title, but the overwhelming sense of relief that accompanied Arsene Wenger’s departure has been replaced by confusion and bewilderment.

It had appeared as if Arsenal were meticulously PR-ing their way to appointing Mikel Arteta, a radical, brave and potentially groundbreaking decision which, after years of furiously attempting to tread water under Wenger, was on the verge of energising, if not uniting, a fractured fanbase.

In hiring Emery at the last minute, however, Arsenal have gone for the pragmatic, sensible and largely risk-free option. The Spaniard is known to be meticulous, a ferociously hard worker and will not tolerate the sort of slackness that ultimately rendered Wenger’s position untenable.

Whatever prompted their late change of heart, however, it is an inescapable truth that such a dramatic about turn paints a picture of a club lacking certainty and conviction.

The risks associated with hiring Arteta were obvious but his appointment would have at least been in keeping with Arsenal’s best traditions of being an innovative, pioneering organisation.

In siding with Emery it feels as though they have simply joined the status quo and will now take their seat at the European managerial merry-go-round, appointing the best available gun for hire when the opportunity or need arises.

That is not necessarily a bad thing and Emery’s arrival will help draw a definitive line under the Wenger era and represent the clean break Arsenal required to move on.

Even had the Arteta experiment backfired, however, it would be a safe to assume that a manager of the 46-year-old’s standing would still have jumped at the chance to inherit whatever potential wreckage was left behind. Not many jobs pay his reported £5million-a-year salary, after all.

What Emery and Arsenal desperately require next is clarity as they go in search of adopting a new identity. Armed with a measly £50million transfer budget, they clearly won’t be spending their way back to the top table.

Ivan Gazidis spoke glowingly of the models adopted by Borussia Dortmund, RB Leipzig and even Leicester City last August, clubs, who like Arsenal, are currently straddling the Europa and Champions League divide.

‘I think a lot of the inspiration successful stories in football over the last few years have actually been clubs who aren’t the big money spenders,’ said Gazidis.

‘Leicester City, how they did what they did. Monaco, moving away from a big spending policy towards youth and producing one of the most exciting teams in Europe last year.

Ultimately those words now represents the truest indication of where Arsenal are at present. A decent squad, soon to be coached by a decent manager, overseen by a highly qualified but untested infrastructure.

Indeed, unless the likes of Ivan Gazidis, Sven Mislintat and Raul Sanllehi can provide a united front, it won’t be too long before they are embarking on their search for Emery’s successor.