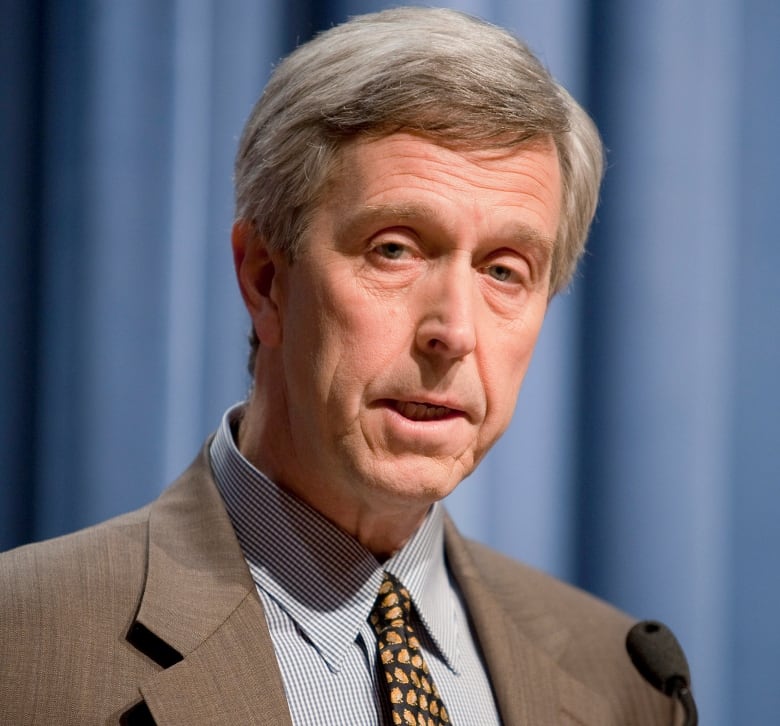 With new coronavirus variants continuing to emerge, the development of a so-called universal vaccine offering broad, long-term protection needs to be the focus of an intense effort — one that may share characteristics of the widely hailed Operation Warp Speed, scientists suggest.

“The long-term need is like other vaccines, where the vaccine is there before the problem is there,” Dr. Bruce Gellin, a world-renowned vaccine and infectious disease expert who is now chief of global public health strategy at the New York-based Rockefeller Foundation, told CBC News.

“It will require the best the science has to offer,” Gellin said. “We need to be thinking longer term. The holy grail here is the vaccine that is broadly protective … and has enough protection over a long time, ideally lifetime.”

Operation Warp Speed was initiated by the U.S. administration under then-president Donald Trump to manufacture COVID-19 vaccines as fast as possible.

Gellin, a former director of the National Vaccine Program at the U.S. Department of Health and Human Services, recently told the U.S.-based online site Politico that a universal vaccine, or pancoronavirus vaccine, “is probably the most important project that we can undertake.”

He told CBC News that a different approach needs to be taken than the one that is used every year to battle influenza, in which the goal is to find the right formulation of the vaccine that best matches the flu viruses that are circulating.

“But in doing so, you’re always being reactive,” he said.

And that’s what’s currently happening with the coronavirus variants, Gellin said. The delta variant didn’t need a delta-specific vaccine, and scientists are currently trying to determine whether the current vaccine is as effective with the omicron variant.

“We’ll see what happens or if there’s a need to do something else. But the point is, sooner or later, that’s going to happen,” he said.” And the way these viruses operate … you’re always chasing the virus.”

An effort is needed to produce a vaccine that is “broadly protective against whatever virus emerges” but that also has long-term protection, Gellin said, “so you wouldn’t have to get boosters, because this virus is going to be with us for a long time.”

The creation of such a vaccine will require a diverse range of expertise  — an “all-hands-on-deck” approach to see who might “have some perspective on the way the viruses work or the way immunity works that’s going to help us to develop and design these vaccines,” he said.

“We need to gain scientists across a variety of disciplines, including those new to the influenza field.”

But Gellin said such an effort needs leadership — whether it comes from U.S. President Joe Biden, the National Institutes of Health or some scientific leader.

Will has been lacking, scientist says

Dr. Eric Topol, a U.S. physician, scientist and clinical trials expert who heads the Scripps Research Translational Institute in California, told Politico that months before the omicron variant emerged, there could have been an “Operation Warp Speed-like effort to take this on” but that there “hasn’t been the will or the prioritizing.”

Operation Warp Speed was a $10 billion US public-private program that helped provide support to companies in the development, manufacturing and distribution of millions of doses of COVID-19 vaccine.

Corey Casper, CEO of the Infectious Disease Research Institute in Seattle, which is also working on pancoronavirus shots, said that almost two years into the COVID-19 pandemic, the U.S. government’s approach appears to be the same —  to count on companies such as Pfizer-BioNTech or Moderna to come up with a specific booster if a new variant emerges.

WATCH | When could omicron variant become dominant in Canada?: 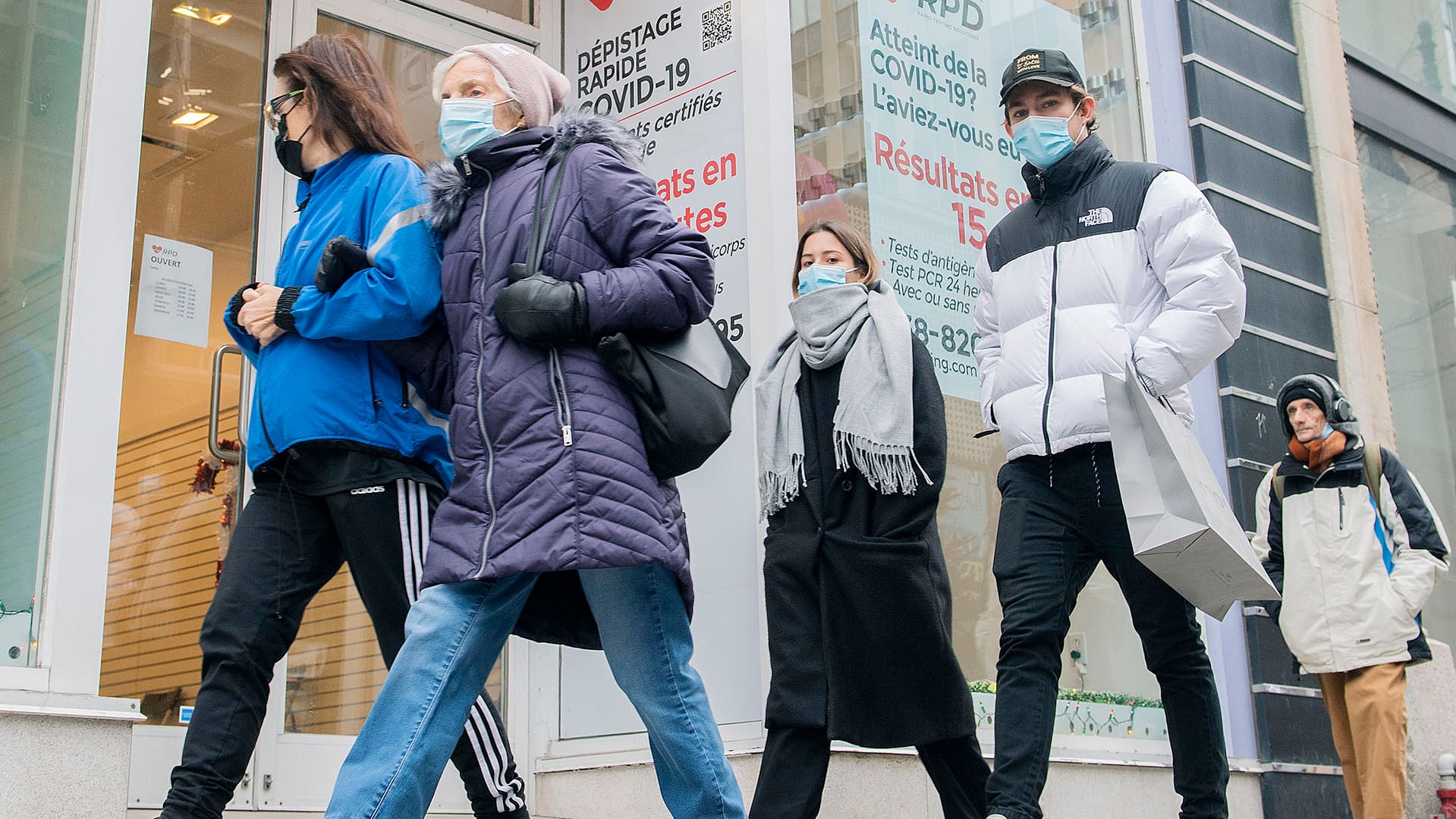 COVID-19: When could omicron become dominant in Canada?

Andrew Chang talks to infectious diseases specialists Dr. Susy Hota and Dr. Lisa Barrett about when the omicron variant may become dominant in Canada, whether it appears milder than delta and if people should change their holiday plans. 6:56

Meanwhile, there has been promising research into the development of universal vaccines, including Casper’s team’s own work that was published last May in Nature.

But he said it’s “kind of mind-boggling” that there hasn’t been sufficient government investment in those interests.

Casper said there are different scientific avenues toward a universal vaccine — including an adjuvant, which is an immune stimulant that broadens a response to a vaccine. Other approaches include adding other coronavirus proteins.

There are “lots of ways you can do it,” he said, but in the last two weeks, with omicron making headlines, “I haven’t heard anyone talking about any of them. All I’ve been hearing about is making a specific booster for omicron.”

Dr. Anthony Fauci, director of the National Institute of Allergy and Infectious Diseases and chief medical adviser to Biden, has testified before U.S. Congress that the ultimate endgame is a universal coronavirus vaccine.

In a recent interview with the Washington Post, he said that “it’s certainly the highest priority” and that they have “dramatically increased the resources specifically going to a pancoronavirus vaccine, but before you get there you want a pan-SARS-CoV-2 vaccine to get all the variants.”

More than a dozen academic teams, along with a handful of biotech companies, are working on the problem in the U.S., according to Bloomberg News.

In September, Fauci’s agency announced $36.3 million US in funding for research into pancoronavirus vaccines by scientists at Harvard University, Duke University and the University of Wisconsin.

But Casper suggested what’s needed is something much larger, “more like [Operation] Warp Speed, like Biden’s own Warp Speed” to develop the next generation of vaccine technology and infrastructure.

“With half a billion dollars, I think you could get to scaled-up manufacturing of a second-generation vaccine candidate that would meet the criteria … and be at the government’s disposal for future variants of concern for COVID or future pandemics,” he said.

Eric Hargan, the former U.S. deputy secretary of health and human services during the Trump administration who was on the board of Operation Warp Speed, said they were putting bets down on multiple vaccines, more than 100 candidates, within a short time frame.

“We had so many people come forward with ideas, but we were able to narrow it down to some successful candidates,” he said.

“They would have to do that canvassing to start off with and really pick through whether or not they have a credible series of candidates before they sort of went there in terms of committing those resources.”

Hargan said an Operation Warp Speed-like project would have to be very clear about its timeline and setting expectations.

“What are [their] expectations here and what timeline are [they] going to follow? And can [they] do a project over a lengthy period of time with the same intensity,” he said.

“That’ll be a big question because the intensity of what was being done, the amount of collaboration, the amount of leadership, time and attention that was devoted to it — it was a substantial commitment.”

Still, the Rockefeller Foundation’s Gellin cautioned that coming up with a universal vaccine, compared with the vaccines developed through Operation Warp Speed, will be “exponentially more challenging.”