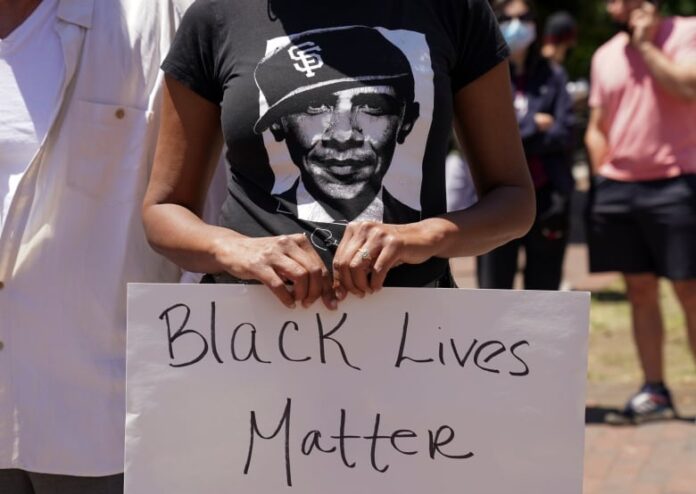 There is a question that Bessma Momani sometimes asks her university classes that tells us a little bit about the economics and a lot about Canadian perceptions of racism. The question has nothing to do with race.

“How many people here think we discriminate against left-handed people?” Momani asks the class at the University of Waterloo. Normally, she said, about 10 per cent or so raise their hands.

“Then I ask how many people are left-handed. And it’s the same people,” the political science professor said last week. “As a right-handed person, I would never in a million years think that somehow, my world, our world, is designed for my people.”

Scissors, door handles, cameras, knives and musical instruments are just a few of the things made for righties. It is cheaper to make them that way, and if you want the other kind, it will cost you more and be harder to find.

After a week of demonstrations by people across North America and around the world protesting against the killing of George Floyd in Minneapolis, Momani’s classroom lesson helps us understand why so many white people may think racism doesn’t exist while various minority groups are certain it does.

And it reminds us that solving the economic disadvantages for black people has a cost.

“There’s a wide belief that we have a meritocracy,” said Momani. Especially within the U.S. land-of-opportunity political culture, everyone is supposed to sink or swim based on their own ability and gumption.

But she said plenty of research shows poor people never do as well, and when poverty overlaps with race and race becomes a marker for the stigma of poverty, it is statistically way more difficult for the stigmatized to climb the slippery pole to success.

“You just pile on the systemic disadvantages,” said Momani. “There’s just no surprise that the African-American experience is going to be far poorer.”

And according to scholar Lorne Foster, author of Racial Profiling and Human Rights in Canada, poorer opportunity leads directly to the most crucial thing perpetuating disadvantage and that is employment — the job and the income that allow you to support a family and send them in turn toward economic success.

While he celebrates the current awareness of anti-black racism caused by the protests and supports proposed solutions including police reform, Foster’s research has convinced him economics must be the primary focus for reducing systemic racism.

“It trumps the cultural, social, political, all other contexts in terms of fighting discrimination in our society,” he said.

Perched on the northern edge of Toronto with its catchment area by some measures the most diverse population on Earth, York has made it part of its job to educate young people from families who have never attended university. More than 70 per cent of students self-identified as non-white in a recent survey.

Statistics show Canada’s black population is considerably younger than average. Data also shows that black Canadians are not the most economically disadvantaged group of people of colour in Canada. In a country of immigrants, that is often those most recently arrived.

But Sheila Cote-Meek, York’s vice-president in charge of equity and an Indigenous woman from the Teme-Augama Anishnabai, said that in many parts of Canada, Indigenous people continue to be the most persistently economically disadvantaged group and progress in changing that has been slow.

Like Foster and Momani, Cote-Meek believes that the most important way of improving the lot of people of colour is to get them into jobs of influence and power.

Education and improved economic status help, but according to research by Grace-Edward Galabuzi, an associate professor in the department of politics and public administration at Ryerson University, it may not be enough.

Government policy is essential to level the playing field and Galabuzi said that applies not just to employment and blind recruitment at all levels but to the letting of contracts.

“A contract compliance process that targets and encourages racialized, immigrant, women and youth small businesses is essential,” said Galabuzi in an email conversation from Uganda, where he got stuck after the airport closed.

He said the contracting process needs to target and reflect the local population and “the economic vulnerability of racialized, immigrant and Indigenous groups.”

Foster said existing Canadian legislation that specifically prohibits racism can be deceptive in making people believe that the economic problem of racism is essentially solved. But when people are not offered jobs or promotions or when incomes stagnate, hidden racism can be harder to pinpoint.

“The old-fashioned church-burning kind of racism is on the wane, but the more subtle kinds of covert racism we have are more dangerous,” said Foster.

Nonetheless, Foster is optimistic about the current demonstrations across North America, observing the racial makeup of protesters indicating it is not just black Americans marching for themselves but part of a wider social movement.

And is Canada less racist than the United States? In day-to-day life, he thinks the answer is yes. Education is more integrated here and universal health care helps share the wealth. But when it comes to filling the highest roles in business, bureaucracy and elected office, right up to president, he thinks Canada falls behind.