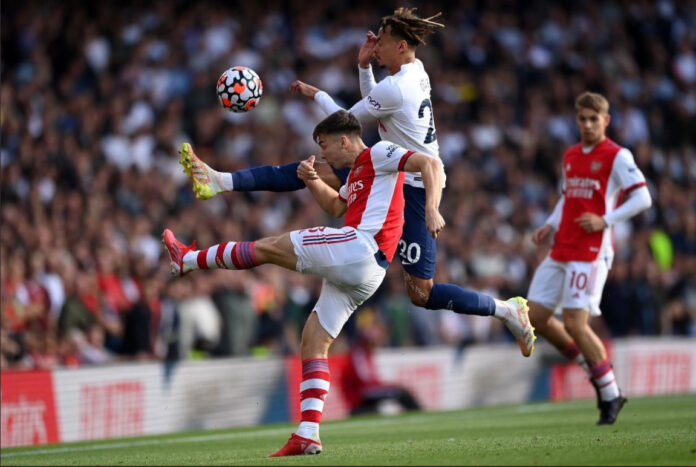 Arsenal and Manchester United once dominated the English football scene, but both have rather lost their way in recent times and appear to be in a constant state of flux. Barely a week goes by without a drama to report on at Emirates Stadium or Old Trafford.

The latest of those controversies in North London has seen Pierre-Emerick Aubameyang stripped of the captain’s armband by Gunners boss Mikel Arteta, with failure to follow the rules seeing a Gabon international transformed from goal-getting talisman to bit-part outcast.

Arsenal could do without such a headache as a welcome return to form on the field has left them priced at odds of 5/2 within outright sports betting markets to secure a top-four finish in the Premier League this season.

Now should be a time for pulling together, but divides in a star-studded camp have started to form once more. Somebody other than Aubameyang is required to lead by example, with stop-gap solutions currently being favored as decisions on the appointment of a permanent skipper are delayed. Here are the contenders for the next Arsenal captain.

The French forward has taken the armband during an enforced absence for his fellow striker, with vast experience being put to good use by Arteta. Lacazette is, however, yet to sign a new contract and is due to drop into a free agent pool in the summer of 2022.

Great to get on the scoresheet. Thanks to the fans for the atmosphere 🔥♣️ #ARSSOU pic.twitter.com/3J9bBlShYy

Arteta has said of the Norwegian playmaker: “He is a natural leader. If you look for a perfect professional he wouldn’t be very far from that.” That would suggest that Odegaard is in contention, with the former Real Madrid star already captain of his country.

Ramsdale has slotted seamlessly into the Arsenal fold on the back of his move from Sheffield United in the summer of 2021. The England goalkeeper inspires confidence with his performances between the sticks, but maybe he’s a little too enigmatic to fill the role as captain.

Like Aubameyang, Xhaka was demoted as club captain following a disciplinary breach. The Swiss midfielder made a very public outburst against disgruntled supporters in October 2019, leading to serious questions being asked of his future, but he has played his way back into form and favor.

The Scottish full-back was billed as a future Gunners skipper from the moment he arrived from Celtic back in 2019. Injuries have been an issue, while Nuno Tavares has impressed as left-back cover, but there is no doubting his commitment to the collective cause.

Special day. For the fans. I love this team❤️ @Arsenal pic.twitter.com/mSXVbkXOO4

Another potentially long-term option for the Gunners to consider, with the Brazilian defender able to keep an eye across most of the field from his position at center-half. There may be language barriers to overcome at present, but they can easily be cleared in time.

Could Arteta have an ace up his sleeve that is yet to be played? More movement on the recruitment front is expected in upcoming windows, meaning that Arsenal may bring in a ready-made leader. If such a deal were to be done over the winter, then said new arrival could take the armband from 2021/2022.