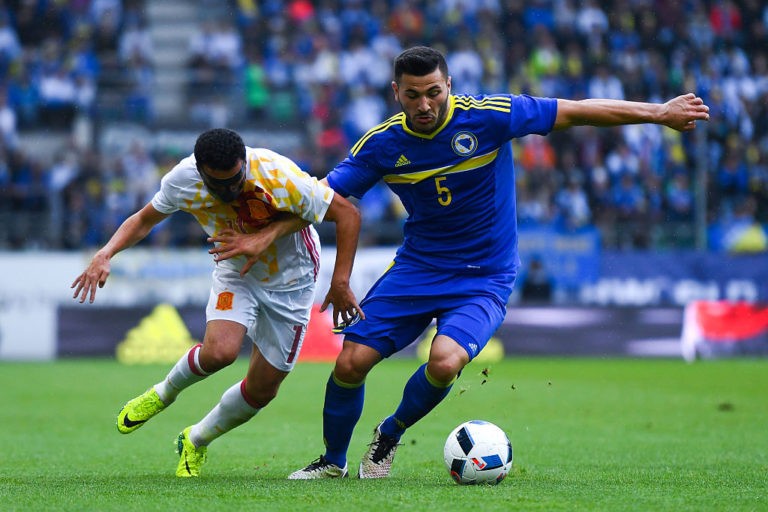 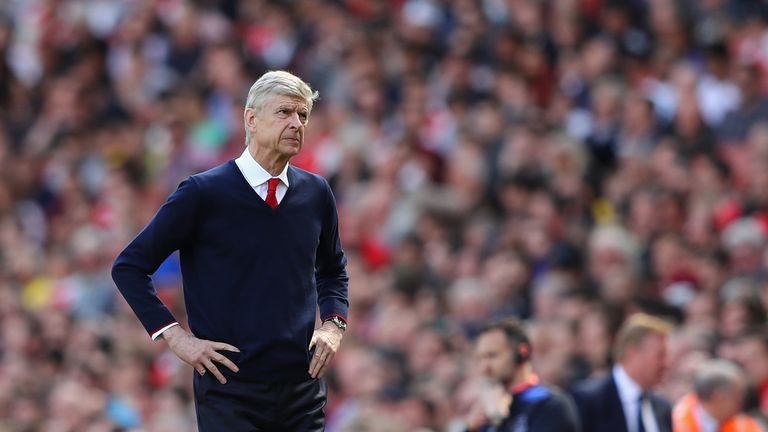 Arsene Wenger is under pressure to make signings this summer should he remain at the club.

Arsenal will look to bolster their squad this summer, but who should they recruit?

The Gunners, who beat Chelsea 2-1 to lift the FA Cup on Saturday, finished the Premier League campaign in fifth place.

Arsenal will be looking to strengthen their squad ahead of the 2017/18 season as they push for a top four spot with or without under pressure boss Arsene Wenger.

The north London club have been strongly linked to a number of strikers, including Andrea Belotti, Sergio Aguero and Moussa Dembele amid rumours Alexis Sanchez may be leaving the club.

Our interactive tool allows you to share your views on the latest transfer talk. The players below have all been linked with the Gunners in the mainstream media recently, but would YOU like to see the rumours become a reality?

Swipe right if you would like to see the player join Arsenal. Swipe left if you would not (app users need to hold down the image before swiping or use the vote buttons below).

Andrea Belotti – the prolific Torino striker has been hotly linked to Arsenal, with The Sun reporting the Gunners will beat Chelsea and Manchester United to his signature.

Henry Onyekuru – ESPN say Arsenal have already opened talks with the Nigerian 19-year-old forward, who has had a successful time in Belgium at KAS Eupen.

Moussa Dembele – The Celtic striker was strongly linked to Arsenal, but the Express are reporting the Gunners may lose out to AC Milan.

Jack Butland – The Daily Star say Arsenal are in a four-way battle for the England goalkeeper.

Tammy Abraham – The Sun reports Arsenal want to sign the highly-rated Chelsea forward if Abraham discovers he is not part of Antonio Conte’s first-team plans at the Blues.

Riyad Mahrez – The Times claim the Gunners and Tottenham will battle it out for the Algerian international, who was highly influential in helping Leicester win the Premier League in 2016.

Corentin Tolisso – Calciomercato say the 22-year-old’s raised transfer fee has put an end to Juventus trying to sign the Lyon defender, therefore bolstering the chances of Arsenal landing his signature.

Thomas Lemar – Arsenal are eyeing a move for the £25m-rated Monaco winger, but Tottenham may also place a bid, according to the Daily Mail.