Who is Gelson Martins? Liverpool are in talks over the signing of Gelson Martins – but what would the Sporting Lisbon winger bring?

Mohamed Salah’s proposed transfer has hit a stumbling block with Liverpool struggling to agree a fee for the player with Roma, who are holding out for £35m according to Sky sources.

Jurgen Klopp looks to be casting his net further across Europe’s waters as such, and having already scouted 22-year-old Martins throughout the season, the Liverpool boss seems ready to pounce on the Portugal international.

With a transfer close to £40m understood to be a distinct possibility, here is all you need to know about the promising youngster…

Gelson Dany Batalha Martins, as is his full name, was born in Cape Verde but moved to Portugal as a teenager where he had spells in the youth sides of two of the country’s biggest clubs, Benfica and Sporting Lisbon.

It was at Sporting Lisbon’s ‘B’ side where he made his breakthrough at senior level, though, and was subsequently offered a long-term contract until 2019 with a high release clause set (£46.5m) to ward off interest from elsewhere.

Martins has already made 87 first-team appearances for Sporting since making his debut in the 2014-15 campaign and scored six goals in 31 La Liga games in the 2016-17 season.

What do Liverpool need?

Where do Liverpool need to strengthen in the transfer window? And which players will they be after? We take a look…

Klopp’s pursuit of a fast, forward player to take the strain off Sadio Mane is no secret, and Martins appears to fit the bill with his speedy displays on the right flank of Sporting’s attack – where Cristiano Ronaldo previously made his name – attracting increasing attention.

At 5ft 8in, it is yet to be seen whether Martins will be able to match the physical strength of the Premier League’s full-backs, but there is much to suggest his final ball will provide service to Liverpool’s strikers.

Martins contributed nine assists for his team-mates in the 2016-17 season, the most of any player in Portugal’s top flight, while the winger also maintained a successful pass rate of more than 82 per cent in Sporting’s Champions League campaign – which will be music to the ears of Klopp ahead of Liverpool’s return to Europe’s top club competition. 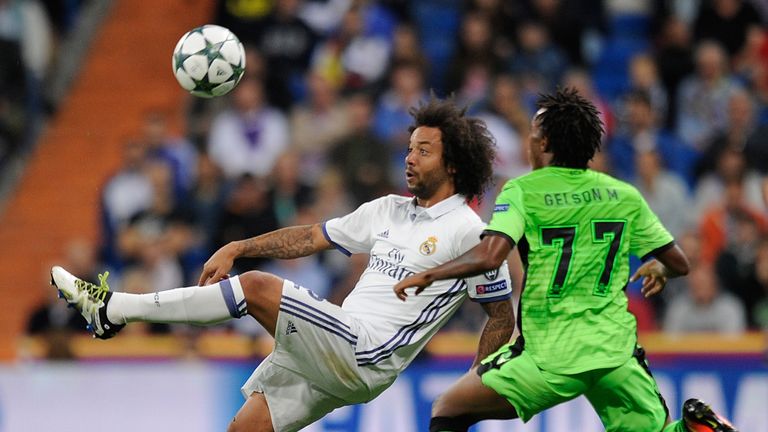 Featuring in all six of their group-stage fixtures, Martins’ most notable performance in front of Europe’s top clubs came in a narrow 2-1 defeat against Real Madrid in September, as he caused repeated problems for Brazil international Marcelo.

Martins has only a handful of appearances for Portugal since making his debut in September last year but has already been trusted in World Cup Qualifiers against the Faroe Islands and Latvia.

The forward has tournament experience with Portugal’s youth sides, having been part of the side that finished runners up at the 2014 Under-19 European Championships, as well as scoring two goals at the Under-20 World Cup the following year.