Where you live is who you are: Erin O’Toole and the new culture war 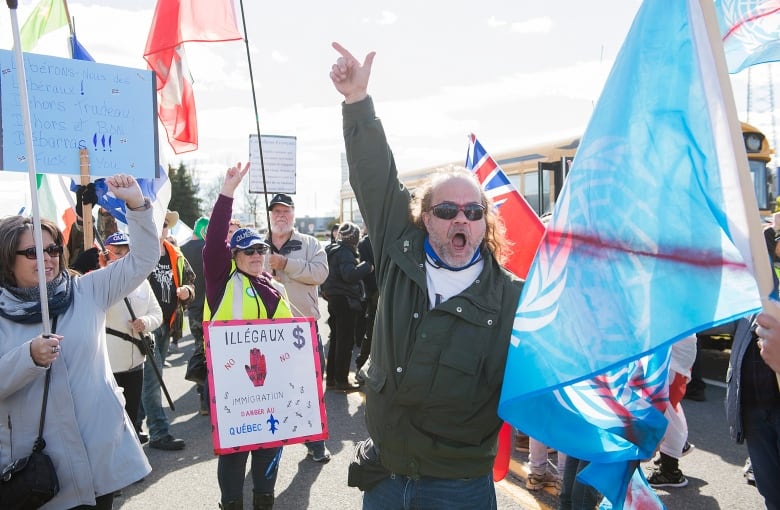 In the midst of the worst public health emergency in a century and the greatest economic disruption since the Great Depression, Erin O’Toole apparently also sees a culture war playing out.

“It comes down to a clash of vision,” the Conservative leader told the House of Commons on Monday, “between the ‘Somewheres’ and the ‘Anywheres’ — those who love their trade, their pursuit, and are loyal to local businesses, versus those whom the government wants to flock to a trendy job that is no way connected to the community or the betterment of our country.”

The question now is what, if anything, O’Toole wants to do to either bridge the divide or stoke this supposed conflict.

Readers of Stephen Harper’s book Right Here, Right Now, published in 2018, will be familiar with O’Toole’s framing. The former prime minister was quite taken with the idea that many Western democracies can be divided between rooted “Somewheres” and relatively rootless “Anywheres”.

But the theory originated with David Goodhart, a British writer whose own book, The Road to Somewhere, linked the Brexit vote to leave the European Union — and other populist revolts, including the election of Donald Trump — to divisions over culture and identity.

In short, Goodhart posits that the traditional politics of left and right, liberal and conservative, are now overlaid by a “larger and looser” distinction “between the people who see the world from Anywhere and the people who see it from Somewhere.”

According to Goodhart, the typical Anywhere is a well-educated professional living in a large city away from where they grew up. They generally vote for left-of-centre parties. They are mobile, embrace change and take “egalitarian and meritocratic attitudes on race, sexuality and gender and think that we need to push on further.”

They do not entirely accept the idea of a borderless world but are individualist and internationalist in disposition and “are not strongly attached to larger group identities, including national ones.” In Goodhart’s words, “they value autonomy and self-realisation before stability, community and tradition.”

The average Somewhere, he says, is less well-educated, earns a lower income, comes from a small town or a suburb and is more grounded in a specific place. “They do not generally welcome change and older Somewheres are nostalgic for a lost Britain,” Goodhart writes. “They place a high value on security and familiarity and have strong group attachments, local and national.” They tend to vote for conservative parties.

These Somewheres, Goodhart adds, “accept the equality revolution but still value traditional family forms and are suspicious of ‘anything goes’ attitudes.” They are not authoritarians, he writes, but they “regret the passing of a more structured and tradition bound world.”

Attitudes toward immigration, Goodhart says, “have probably become the single biggest litmus test of Anywhere/Somewhere difference and over time have come to stand for more general attitudes toward social change and whether people feel comfortable with and feel they benefit from it, or not.” (Canada, he notes, is a “partial exception” to the rule that “large scale immigration” is universally unpopular.)

The Anywheres, Goodhart argues, have been dominant in culture and society and must now be more conscious of how their fellow citizens from Somewhere are feeling.

Like any tidy explanation, this theory has notable gaps and limitations to it, as does Harper’s application of it. Goodhart acknowledges that these are not monolithic groups. It’s also impossible to explain the election of Donald Trump without examining the pivotal role played by racial resentment.

But broadly, it could be argued that both Brexit and Trump were driven by voters who felt uncomfortable with, or even disempowered by, the last 50 years of social and economic change, and who were consequently energized by populist, nationalist campaigns.

Does a meaningful divide along those lines exist in Canada? O’Toole is at least not the first person to suggest it.

He may have been building up to this Somewheres/Anywheres theory for a while. He has argued some Canadians have been “left behind” by the Trudeau government’s agenda. He takes issue with those who would like to topple statues of John A. Macdonald and remove the first prime minister’s name from buildings. In a speech in October, O’Toole said “middle-class Canadians” had been betrayed by “political elites, financial elites [and] cultural elites.”

“These elites have only one set of values centred on unchecked globalization [and] political correctness,” O’Toole argued, “while middle-class Canadians have another set rooted in family, home and nation.”

“While this prime minister seems to think that every Canadian can simply work on their laptop from the local café,” O’Toole said Monday, “that is not reality, nor is it what Canadians want. Conservatives are here to fight for those who build things in Canada, those who get their hands dirty and take pride in doing a job well before they come home for the night.”

To burnish his credentials among those who “get their hands dirty,” O’Toole said that his first job in high school was dishwasher and short-order cook. He did not mention that he went on to become a corporate lawyer in Toronto and in-house counsel to a major multinational corporation (Proctor & Gamble).

Asked in September whether he saw himself as a populist, O’Toole said he was simply “trying to address the hopes, aspirations and concerns of Canadians.” But nearly every politician in the history of civilization would say they were doing more or less the same thing.

Populism is more usefully defined as an ideology that suggests society can be divided between the ‘pure’ public and the ‘corrupt’ elite. It is based in conflict. And O’Toole seems willing to embrace the idea of a fundamental clash between middle-class Canadians and the elites, between the Somewheres and the Anywheres — or at least to accuse the Liberal government of working to make sure there are a lot more Anywheres everywhere.

Many of those who work so-called “trendy” jobs (O’Toole didn’t actually state which career paths qualify as trendy) might counter that they do feel connected to their communities and are equally engaged with the betterment of their country. Trudeau’s Liberals would certainly argue that many of their policies have improved the lives of middle-class Canadians — these Liberals have embraced a rhetorical focus on the “middle class,” subsequently extending their mantra to include “those working hard to join it.”

But O’Toole’s hints at a political philosophy only lead to more questions. If there is a fundamental disconnect in Canadian society, how willing is he to exploit it? If there are frustrations or resentments — if many Canadians truly are being left out or left behind — what solutions does he propose?

O’Toole has lamented that wages have stagnated, private sector union membership has dropped and many Canadians no longer have robust pensions or benefits. What would he do to address those things?

O’Toole’s Conservatives like to say that Canada has become more divided since Justin Trudeau became prime minister, an argument that rests heavily on the idea of “Western alienation.” But would O’Toole’s approach produce less division — or would it simply anger a different set of people? Should those whose opinions are more in line with the Anywheres worry that their priorities would be neglected or attacked under an O’Toole government?

Division and frustration can be used to drive political campaigns, but it’s not obvious that they make it any easier to govern. Durable, lasting change typically requires broad support.