What’s next for the controversial Château Laurier addition? 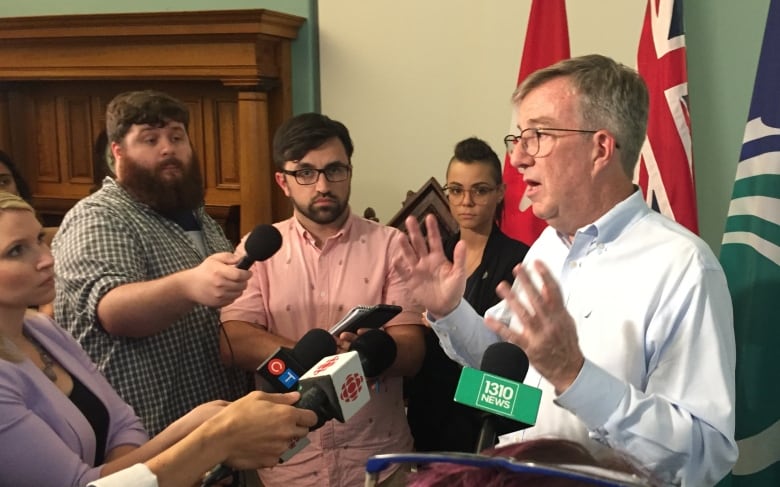 Larco Investments has had its architects come up with five versions of an addition for the Château Laurier in Ottawa. The fifth is several storeys shorter, at seven storeys, and has more limestone than the first. (Larco Investments)

Critics opposing the proposed addition to the Château Laurier hotel in Ottawa say their fight is not over, and federal representatives say they’re interested in reopening talks with its owner to make further changes.

Now that Larco Investments has city approval for its heritage permit and site plan, it needs only to clear further minor approvals at the city’s committee of adjustment and the National Capital Commission (NCC).

The consultant for the company had indicated last month that Larco would like to start construction late this year.

But after city council settled the issue, the NCC’s board and the senior federal MP for the region both said Thursday they want to work with Larco.

The NCC has said its legislation gives it no role in the design of a private building, but the hotel does need the commission’s approval for landscaping and lighting where the addition meets Major’s Hill Park.

“In its discussions in the weeks and months ahead, the NCC will urge the proponent to be open to finding solutions and approaches that take into account the historic setting of the Château Laurier and its important role in defining the Capital experience,” the NCC board said in a statement.

Ottawa Centre MP Catherine McKenna — the minister in charge of Parks Canada, which is responsible for national historic sites — said the company could come up with another design and she would work with it.

“Ultimately it’s within the jurisdiction of the city. But, I say this as a practical person, I think we all recognize we can do better,” McKenna said.

But the mayor spoke with the hotel’s owner Tuesday on the eve of the council debate, and came away deciding any future negotiations would be futile.

According to Jim Watson, the hotel’s owner, Amin Lalji, was respectful and aware of the public backlash, but felt his company had done everything City Hall asked over three years, and the fifth design would be its last. 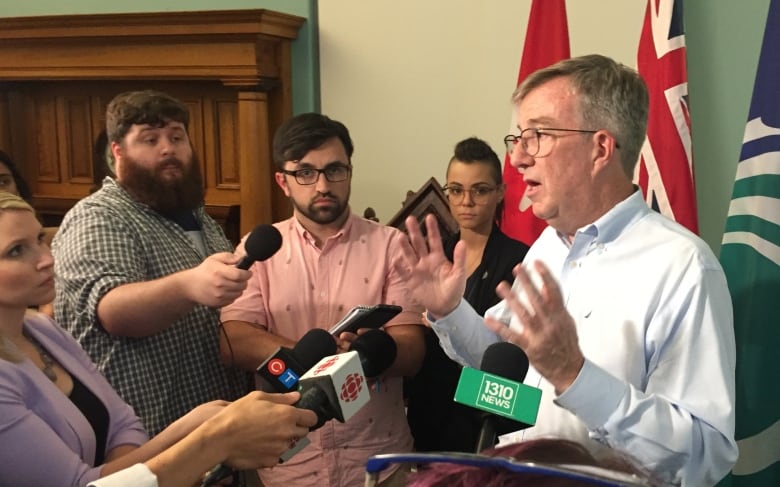 Mayor Jim Watson told reporters on July 11 that in hindsight, he should have engaged the owner of the Château Laurier a couple years ago to see if it could have led to a design the public would have better supported. (Kate Porter/CBC)

“He likes the design that was put forward by his architect,” Watson said.

“I think some people in the public think we can go and design the thing ourselves and say, ‘Here, put this on as the addition.’ We just don’t have that power, unfortunately.”

However, because it is a registered heritage building, any changes to it must be approved by council.

While the municipality cannot dictate the specific design of an addition, it can reject one it believes is incompatible.

Asked yesterday if he would change anything about the way he handled the file, Watson admitted he should have reached out personally to Larco two years ago “to try to see if we could steer it to something that was more acceptable to the broader community.” 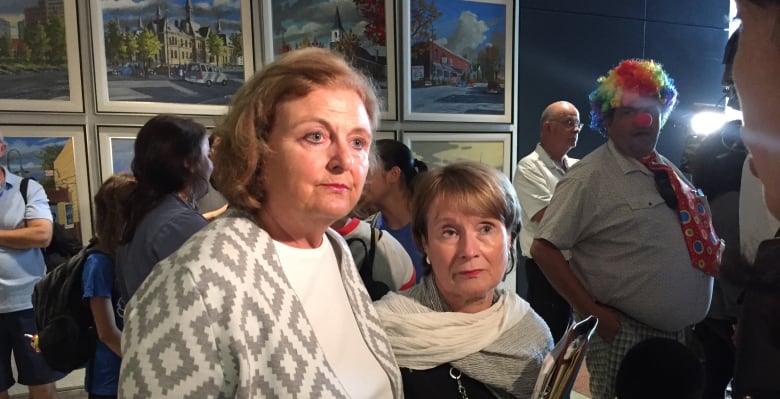 Maureen McTeer and Penny Collenette say the Friends of the Château Laurier and other local associations have strategies in mind, which could include mounting a legal challenge of the heritage permit. (Kate Porter/CBC)

Opponents of the addition, who have mounted petitions and written opinion pieces in national newspapers, say they will go over their next strategies in the coming days.

“It’s not over,” said Penny Collenette of the group Friends of the Château Laurier.

That may include a legal challenge of the heritage permit, added Maureen McTeer,  another member of the group. 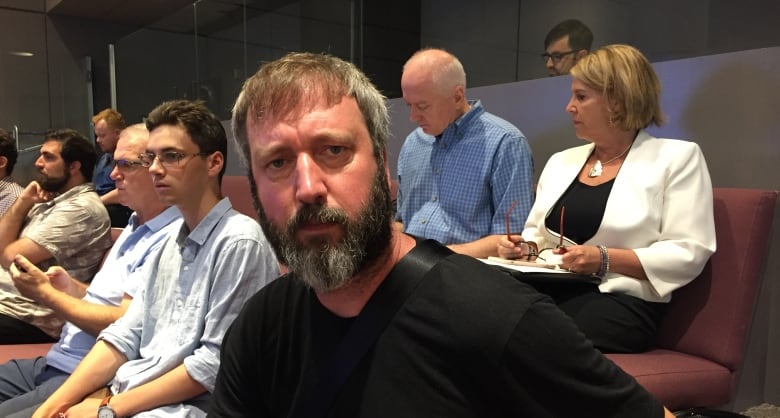 Even comedian and actor Tom Green was in Ottawa to visit family and went to city hall on Thursday. He said he’s concerned the addition looks like “Trump’s wall,” and is urging people to keep up the pressure.

“You know, I think if there’s enough public reaction, I think people can change their minds.”